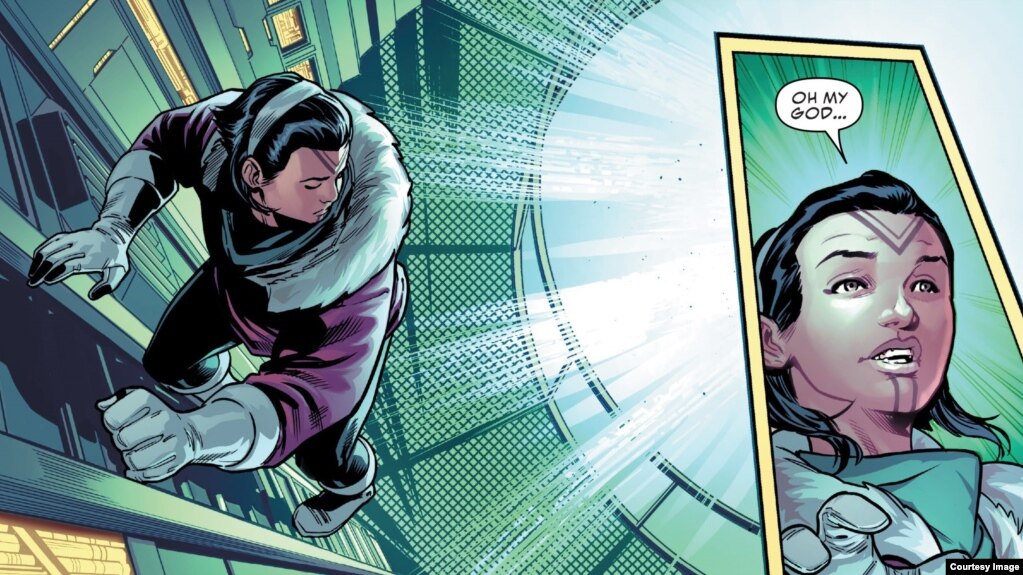 VOA LEARNING ENGLISH – A new superhero has been added to Marvel Comics’ Champions series. Her name is Amka Aliyak. She is known as Snowguard.

Amka Aliyak is an Inuit teenager from northern Canada. She comes from Pangnirtung, a town in the territory of Nunavut.

Inuit is the name for the native, or indigenous, people living in northern Canada, as well as parts of Greenland and the American state of Alaska. Nunavut is one of four areas that make up the homeland for Canada’s Inuit population.

Amka Aliyak first appeared last month in Champion’s issue #19. She began as a normal girl who became interested in the sudden appearance of a mysterious factory near her home. 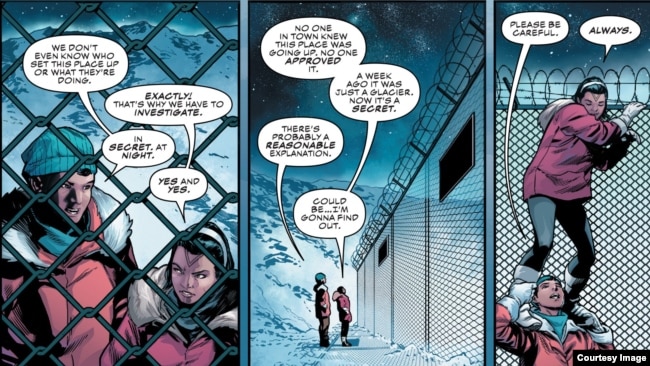 When she decides to investigate, a new, great adventure begins. Her character is powered by an Inuit spirit-force named Sila. She gains the power to shapeshift, which means she can change her form from a girl to an animal.

Amka Aliyak is struck with mythical power in the newest comic book, Champions #20. Her superhero persona, Snowguard, will come to life in Champions #21, to be released in June. Marvel Comics is known for many of its superheroes, including Spider-Man, Ms. Marvel, Cyclops and the Hulk.

The idea for Amka came from Jim Zub, a Toronto-based writer, artist and art teacher. He took over writing the Champions series, beginning with #19. 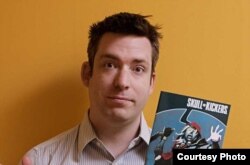 That is when Zub decided to turn to the Inuit people, whose traditions include myths. Some of their stories describe creatures with human-like characteristics.

The writer teamed up with South African artist Sean Izaakse and colorist Marcio Menyz to bring Amka Aliyak to life. Zub said that in creating her character, they tried to keep an important balance. They wanted to make sure she represented the things that make indigenous culture special and interesting. But they did not want the character to “fall too far into stereotypes.”

Zub said he carefully researched Inuit history and culture. He also contacted Toronto-based film producer Nyla Innuksuk, who is the great-granddaughter of the last shaman of the north.

He said the producer was able to provide good ideas for the teenage girl’s character, as well as information about life and culture in her community. This resulted in details being added, such as traditional tattoos and clothing. 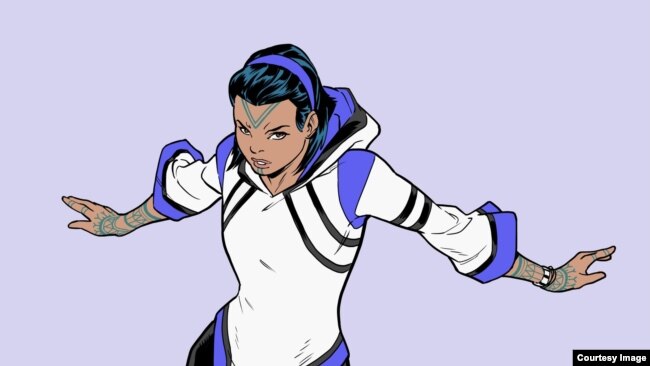 As with other superhero comics, the stories are often built around showing examples of good and bad behavior. The characters seek to “demonstrate the ways we should treat each other and the things we should watch out for,” Zub said.

He added that readers should not worry about Amka Aliyak disappearing after a few issues, as is sometimes the case with comics. He says she will be joining forces with the other Champions to fight evil and change the world for a long time to come.

character – n. a person included in a story

issue – n. version of a newspaper, magazine, etc. that is published on a particular day

villain – n. someone in a story or movie who does bad things

mythological – adj. things or ideas that are believed by many people but are not true

stereotype – n. an often unfair and untrue belief that many people have about all people or things with a particular quality

element – n. a part of something

shaman – n. someone believed in some cultures to have powers to control or influence good and evil spirits

tattoo – n. a permanent picture or word added to the surface of skin, created by using needles to put colors under the skin