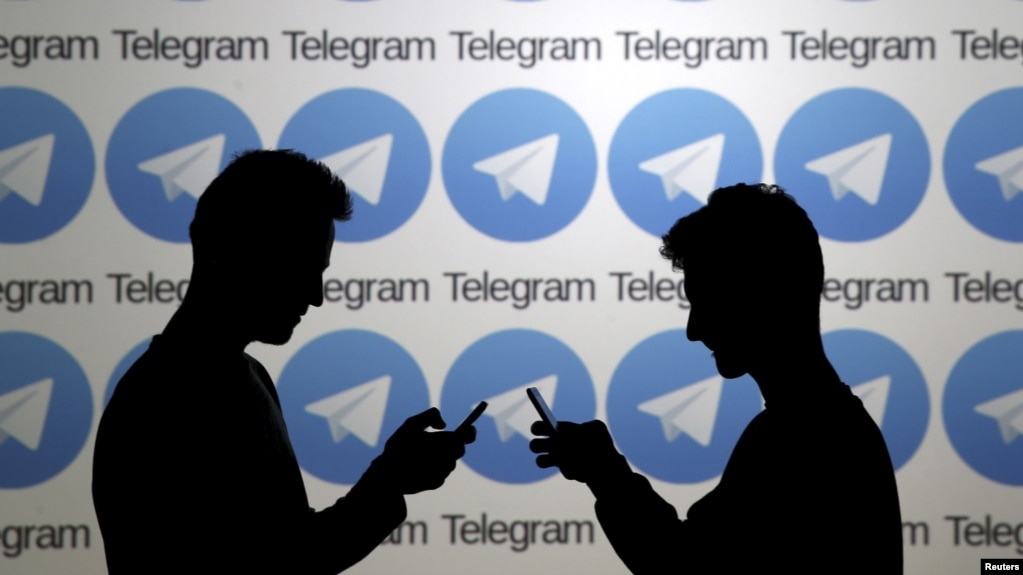 FILE – Two men pose with smartphones in front of a screen showing the Telegram logos in this picture illustration taken Nov. 18, 2015.

Iranian state television said on Monday that the country’s judiciary approved the order in interests of national security. Iran has an estimated 40 million Telegram users – about half its population.

The Fars news agency said the blocking of Telegram should include a way to prevent users from accessing it with a virtual private network, or VPN, or any other software program. A VPN uses software to link to private computer networks outside the country to make it appear that the device or computer is based overseas.

Iran had been considering banning the service since January, when critics of the government’s economic policies demonstrated in many cities. Some Iranian officials accused the protesters of using Telegram to organize and briefly blocked the app. 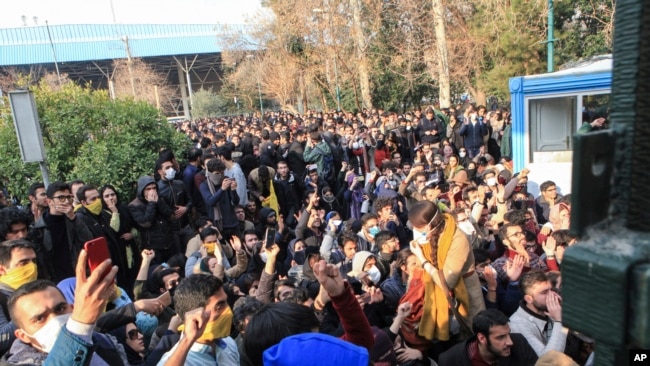 In this Saturday, Dec. 30, 2017 file photo taken by an individual not employed by the Associated Press and obtained by the AP outside Iran, university students attend a protest inside Tehran University while anti-riot Iranian police prevent them to

The official website of Iran’s judiciary, Mizan, published details of the latest court order. It said the messaging service had been used to spread “propaganda against the establishment” and to organize “terrorist activities.”

At least 25 people were killed and more than 5,000 arrested during the demonstrations. The protests were eventually contained by Iranian military forces.

In a related development, thousands of people marched through Moscow on Monday to protest Russia’s blocking of Telegram. Some demonstrators denounced Russian President Vladimir Putin and the government. Many threw paper airplanes into the air. Telegram uses an image of a paper airplane as its trademark. 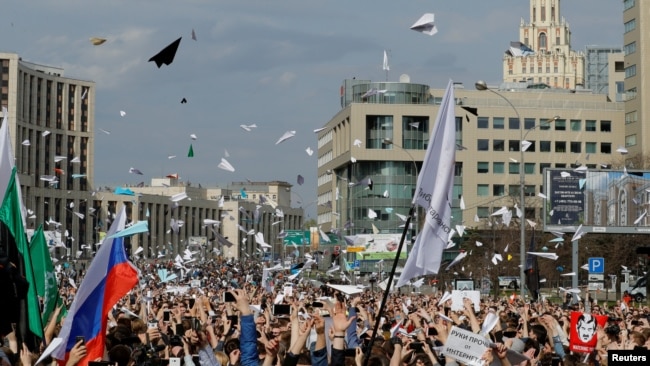 People release paper planes, symbol of the Telegram messenger, during a rally in protest against court decision to block the messenger because it violated Russian regulations, in Moscow, Russia, April 30, 2018.

Russian opposition leader Alexei Navalny attended the protest. “Nothing can be forbidden to a normal person,” he told reporters. “I have my civic rights, and I don’t care about all these bans. I do everything I want, everything I find necessary, and everything I’m given the right to by the constitution.”

Russian officials have said they need to read the messages to investigate the use of Telegram by violent extremist groups. But Telegram has repeatedly refused to surrender access to messages, arguing this would violate its users’ privacy.

I’m Bryan Lynn.  Bryan Lynn wrote this story for VOA Learning English. His story was based on information from VOANews.com, the Associated Press and Reuters. George Grow was the editor.

access – v. to get near or gain use of something

network – n. system of computers connected together for the purpose of sharing information

trademark – n. the legal name of a company or product

encrypted – adj. having electronic information changed into a secret system of letters, numbers or symbols to hide its meaning