KENYA: Watch out! Your ugali, chapati are changing taste soon 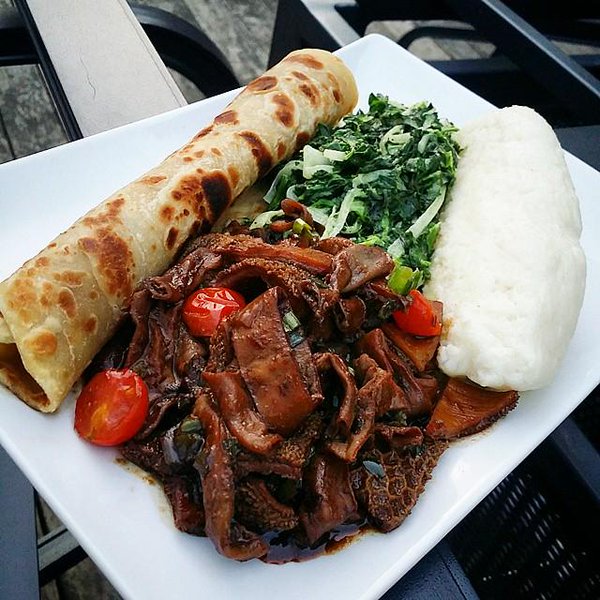 A man eats a chapati in Eldoret on December 27, 2017. Chapatis are expected to taste differently if a proposal to blend flour is passed. PHOTO | FILE | NATION MEDIA GROUP

NAIROBI (DAILY NATION) – Your plate of ugali and rolls of chapati will change their colour and nutrition if the Agriculture ministry pushes a proposal that compels millers to blend flour with other nutritious crops.

Millers will be required to blend maize flour with millet, sorghum and cassava. Wheat flour will also be blended with cassava.

Kenya produces an estimated 40 million 90kg bags of maize annually and consumes roughly 30 million bags for the same period. The policy aims at reducing the consumption of maize grains in the country by more than 20 million bags annually.

“If we cut the number of bags consumed, we will have enough even for export,” said Dr Lesiyampe.

In an interview with the Nation, the PS said the policy will benefit the country in four ways; reduce overdependence on maize, open up economies of other parts of the country that grow other cereals, create new jobs and provide food security and nutrition.

Data from the Kenya Agricultural Value Chain Enterprises puts the annual consumption of maize at about 3.1 million bags monthly.

Dr Lesiyampe gave the example of Nigeria, which used to import 97 per cent of its wheat but after they started blending, they now import 50 per cent.

“ A growing population and change in climate has necessitated the change in strategy,” he said.

“As soon as we finalise the policy, we will ensure it is followed to the letter. No maize grains will be milled alone. This will greatly reduce maize consumption in our country,” said Dr Lesiyampe.

He said regions within the country that grow these alternative crops will be boosted economically and thus improve lifestyle.

Already according to the PS, they have held a meeting with the millers and are currently deliberating on setting the standards and requirements of blending.

He confirmed that the ministry and other relevant authorities have to set standards and quality that will meet international requirements.

Among the regions that will benefit under this policy are lower eastern that produces millet and cassava, Nyanza –sorghum and western Kenya that is known for cassava farming.

However, he said millers want to be assured of availability of these other crops throughout the year.

“We are encouraging millers to sub-contact some of the farmers to grow alternative crops. This will ensure that millers have supply throughout the year.”

Dr Lesiyampe said 26 per cent of the Kenyan population face malnutrition and starvation.

“Stunted growth and malnutrition have great consequences on children and the generation to come. We need to act fast,” he added.