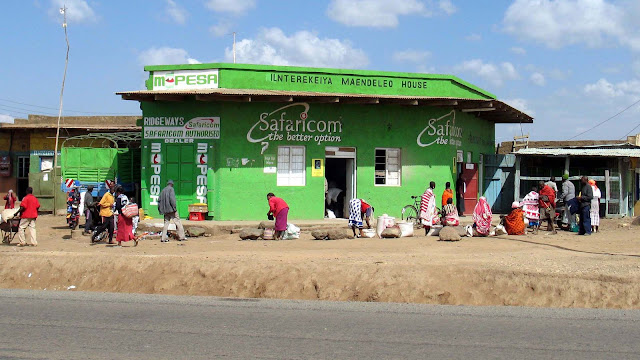 Most people will understand the word ‘international’ as coined from the words ‘inter’ (across) and ‘national’ (of nations).

In like manner, ‘inter’ and ‘operate’ are joined to form the term ‘interoperate’ (operate across networks), hence ‘interoperability’. In mobile money parlance, that means the ability of a telco’s subscriber to receive and/or deposit money from any network directly into their mobile wallets.

Until last week, a customer would receive an SMS from another network notifying them that money had been sent to them. They would then have to look for an agent of the sending network to withdraw the money and then deposit it into their own wallet (if they so wished).

CUMBERSOME
That was very cumbersome and it nurtured and accelerated dominance by one player by effectively keeping Safaricom’s M-Pesa customers captive and unavailable to other money transfer service providers.

But the situation has changed. Part of the implementation of a report by Analysys Mason, a London-based consultancy firm hired by the Communication Authority of Kenya (CA) to study, report and make recommendations on the competitiveness in our telecommunications sector.

One of the important recommendations was interoperability, which is being rolled out between Airtel and Safaricom while Telcom is set to join the duo in a few weeks.

This is an important step in the dismantling of existing barriers in order to enhance effective competition within the sector.

However, a major stumbling block to full interoperability appears to have been left intact. Safaricom is reported to have said that Airtel subscribers, and by implication T-cash customers, cannot use M-Pesa agents to transact.

The truth is that all assets — including the kiosks, furniture, equipment such as telephones and even the float money used by agents and sub-agents to serve customers of whichever network — are the agents’ capital, which they should deploy as they see fit.

Safaricom owns the platform, not the agency network.

The innovative telecoms interoperability will add allure to an already lucrative industry.

Only a small portion of Kenya’s population is not subscribed to mobile phones. According to the CA’s 2018 mobile telephony statistics, there were 41 million mobile phone subscribers — a 90.4 per cent level of penetration. This is a 1.9 per cent increase in just four months.

Importantly, in 2008 there were slightly less than 11 million mobile subscribers with a penetration rate of 29 per cent.

UGANDA: Why Museveni’s regime has removed Buganda off the map – plausible explanation