One of the Airtel shops in Kenya (PHOTO: FILE)NAIROBI (Reuters) – Telkom Kenya plans to merge operations with Indian-owned Bharti Airtel’s (BRTI.NS) local unit as a first step to acquiring all of Airtel’s assets, sources said on Tuesday, creating a stronger challenger to market leader Safaricom.

The two operators have a combined 23 percent of Kenya’s 41 million mobile subscribers, but have long struggled to compete with Safaricom (SCOM.NR), which has a 71.9 percent market share.

The disparity is even wider in revenue terms, with Safaricom, which is 35 percent held by South Africa’s Vodacom (VODJ.J), enjoying more than 90 percent in both voice and short messages categories.

Data from the Communications Authority (CA) regulator showed Safaricom also has close to 90 percent of the annual revenue from the Internet access business.

It also has a commanding lead in mobile phone money transfer with its M-Pesa service, which is regulated by the central bank.

A source at CA said the two firms have been engaging officials over the plan to share outlets and infrastructure like transmission assets, before Telkom acquires Airtel Kenya at an unspecified time.

“They are yet to make a formal application (to the telecoms regulator) disclosing all the details,” the source told Reuters.

Wang’ombe Kariuki, the director general of the Competition Authority of Kenya did not comment on the deal, saying both firms were yet to lodge a merger application.

Telkom Kenya, which is controlled by Africa-focused, London-based Helios Investment declined to comment. Airtel Kenya also said it would not comment.

Industry executives said that if a deal to acquire all of Airtel Kenya’s assets goes through, it would help both firms make significant savings and acquire the scale to compete effectively with Safaricom.

“This is a cold, calculated business strategy,” said a telecoms executive who did not wish to be named.

Bharti Airtel has been examining a flotation of a minority stake in its African operations but has said it remains committed to the continent. 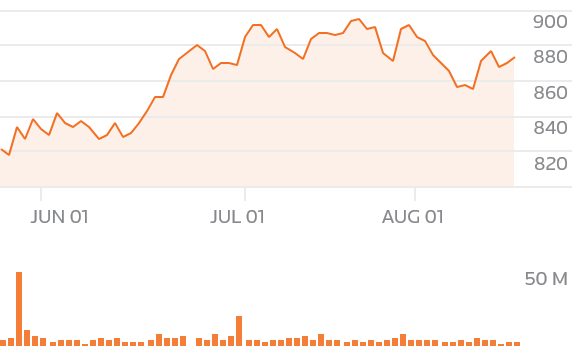 Sources said the combined entity could however create concerns because it will enjoy a large slice of prime spectrum.

A merger of Telkom and Airtel will result in a new company with 77 megahertz of spectrum, compared with just 47 for Safaricom.

They said that will create a new challenge for the sector regulator, which had commissioned consultants Analysys Mason to review competition in the industry.

That study caused controversy after a leaked draft showed it recommended the breaking up of Safaricom to boost competition, forcing the government to pledge no operator would be broken up.

Executives said a joint venture between Telkom and Airtel could render the report useless.

“The competition study they had done becomes toilet paper,” said the industry official who did not wish to be named.

« UGANDA: 137 households burnt to ashes in Kalangala to make way for palm oil (Previous News)
(Next News) CAREERS: EQUAL PAY DAY – ask for your worth »