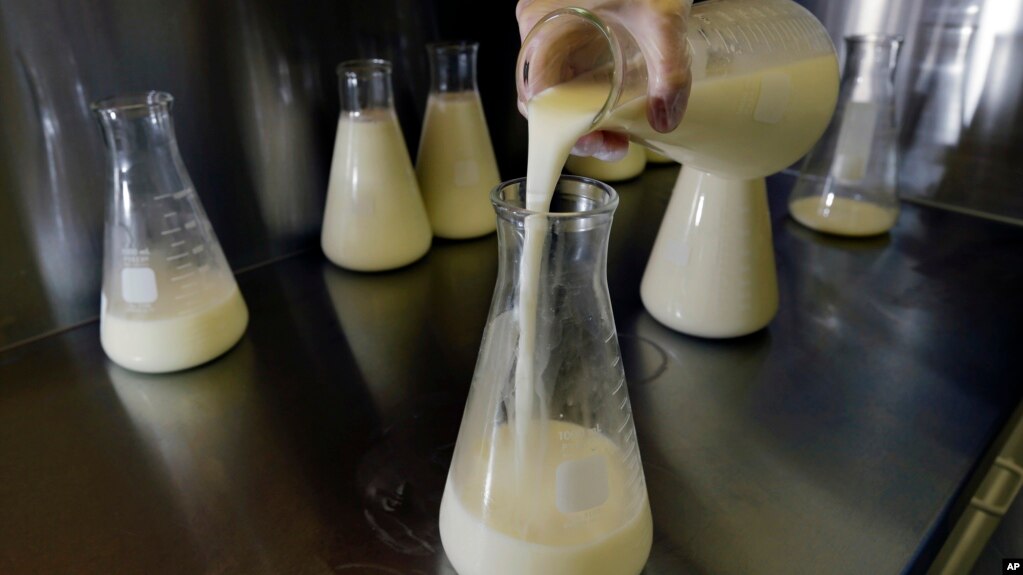 FILE – A lab technician at the Mothers’ Milk Bank of New England in Newtonville, Mass., pours donated breast milk into another flask to prepare for pasteurization. Kenya will soon be getting Africa’s second bank for donated breast milk.

When he picked up his newborn baby at the nursery, grief-stricken and shocked, Okumu was not entirely sure how to feed her. 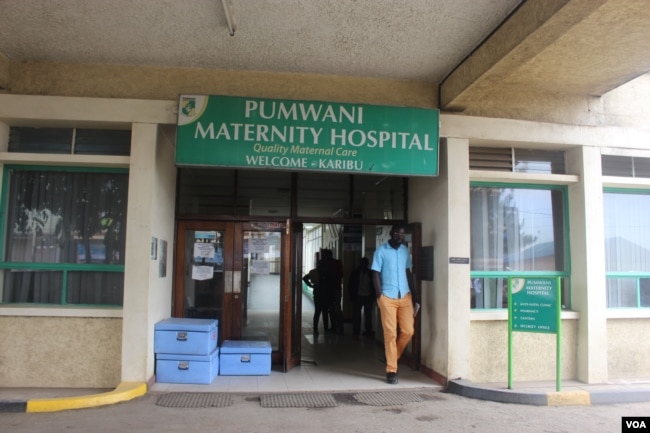 Plans are underway to bring a human milk bank to Nairobi as a joint effort between the Kenya Ministry of Health and PATH. The bank will be housed in Pumwani Maternity Hospital. (R. Ombuor/VOA)

“So when I reached home, I started feeding her with a packet of milk called Tuzo,” he said. “By that time, Tuzo was not diluted like nowadays. So, that is what I was using to feed the small baby when I took her from the hospital. If the mum was there it would have been healthier to be fed by her mum.”

For Kenyan widowers like Okumu, there will soon be another option: human donor milk.

Pumwani is getting Kenya’s first breast milk bank, which will be only the second of its kind on the continent. The other one is in South Africa.

The bank is a joint initiative by Kenya’s Ministry of Health and PATH, a U.S.-based nonprofit health organization. It will open in September for donations and offer free breast milk by prescription for babies who cannot get it from their mothers. 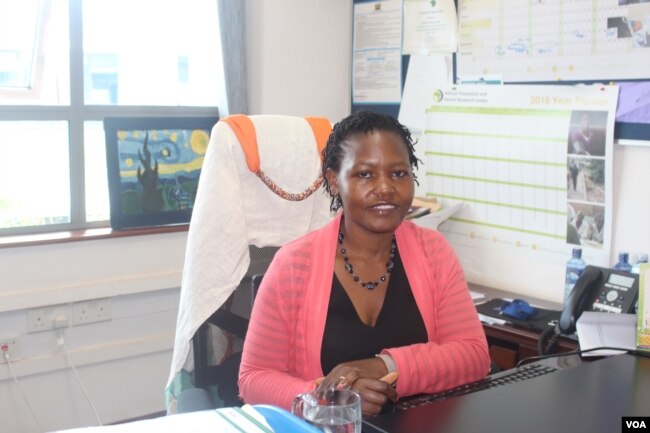 Dr. Elizabeth Kimani Murage, head of maternal and child well-being at the African Population and Health Research Center, is behind the project.

“The World Health Organization recommends that if the mother’s own breast milk is not available for the baby for any reason, the best next option would be the donor milk,” she said. “So the recommendation is to make donor milk available to such vulnerable babies.”

The milk bank aims to help orphaned and malnourished babies get the nutrients essential to healthy development.

Murage said mother’s milk has an enormous impact on child survival, especially during the first month of life. 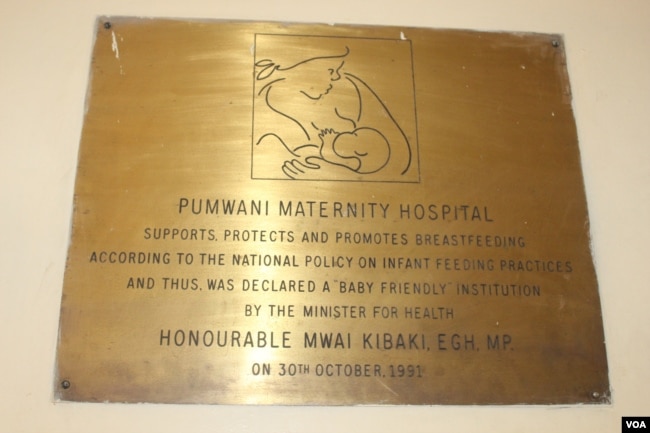 The Pumwani Maternity Hospital’s policy on breastfeeding is displayed on this bronze plate. (R. Ombuor/VOA)

“Despite improvements in infant mortality, neonatal mortality is reducing at a very slow rate, so those are the children we want to target,” she said. “According to the Every Newborn Action Plan [from the World Health Organization and UNICEF], we should actually reduce neonatal mortality to 12 deaths per 1,000 live births. But, you see, we are very far [from that goal]. We are at 22.”

There are misconceptions and concerns about hygiene and the spread of disease to newborns in the use of donated milk. Murage noted that all donors’ health would checked at the hospital and that the milk would be pasteurized to ensure that only safe and healthful breast milk is given to babies in need.