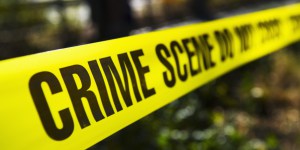 A man allegedly hacked to death his expectant wife and their one-year-old son in Elgeyo Marakwet County.

STANDARD MEDIA – The killing on Sunday of Marion Cheruiyot, 22, and the boy aged one year and nine months shocked residents of Boe village in Keiyo South sub-county.

It is claimed the wife who was five months pregnant turned down the husband’s request to accompany him to till the family land prompting a bitter exchange of words.

Area chief Alexander Keitany said the victims were slashed with a machete.

“The couple had no known family quarrel that we are aware of, but initial report indicate the husband asked the wife to accompany him to work in their farm, which she refused. The enraged man grabbed a panga from a family store and slashed the duo,” said Keitany.

A neighbour Nicholas Biwott said: “We heard them hurling words at each other then there was silence, only to learn later the man killed his family. The couple at times quarreled just like other families but we did not expect him to kill his wife and child,” said the neighbour.

Keiyo South OCPD Wilmoth Mwakio said they are interrogating the suspect and he would be taken to court.

“Such incidents are not new in this area and I am appealing to residents to resolve family issues amicably and use elders to arbitrate to avoid such deaths,” Mwakio said.

The bodies were taken to Moi Teaching and Referral Hospital Mortuary (MTRH) in Eldoret.

Two weeks ago, another man stormed his in-law’s house and stabbed his wife severally in the neighbouring Marakwet East sub count as their seven children and mother-in-law watched.

Peris Jemaiyo, 28, was stabbed several times on the chest on Saturday night in Kapkonder Village.

Did you find apk for android? You can find new Free Android Games and apps.
Sharing is caring:
kenya Kenya Comments Off on KENYA: Man kills five months pregnant wife and son Print this News