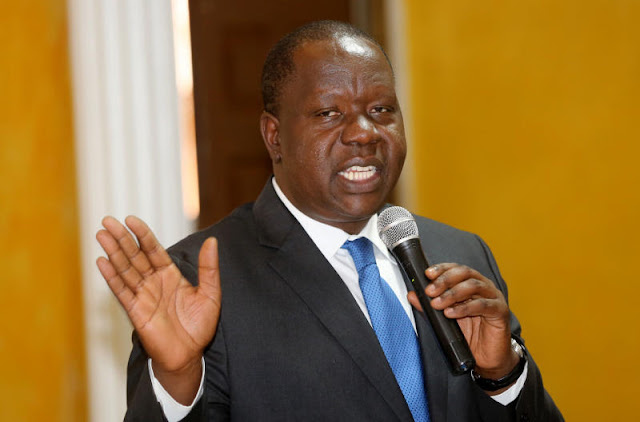 Officials said those facing deportation were picked up from various estates within Nairobi County where they have been engaging in illegal trade.

A source at the Interior Ministry said most of them were also found assembling illegal gambling machines, which are usually imported disguised as motor vehicle spare parts.

They also did not have work permits or documentation legalising their stay in the country.

Some of them were Indians. The officials at the ministry said those targeted for deportation were Wednesday moved to the Jomo Kenyatta International Airport waiting to be moved out.

This came in the wake of crackdown on gambling businesses in the country.

On Monday, Matiang’i warned foreigners found assembling illegal gambling machines in the country will be deported for engaging in crime.

He said the machines have reduced the productivity of youths, some of whom are addicted to gambling.

“These machines are a threat to our society,” the CS said. “It is working against the President’s 100 per cent transition from primary to secondary school. We shall not accept it.”

He declared gambling a crime of monumental proportions which must be fought at all levels.

Most of the machines are brought to the country from China.

The government has already set June 30 as the deadline for eliminating illegal gambling machines across the country.

The CS was speaking in Dagoretti South constituency where he oversaw the destruction of gambling machines seized from entertainment joints across all the 14 sub-counties in Nairobi.

He also put on notice government officials involved in the business to prepare for a rough time ahead if found.

“We shall not pretend this is normal business when things are going wrong,” he said.

The on-going crackdown on illegal gambling machines across the country has left investors in the trade counting losses. Hundreds of machines have been either confiscated or burnt in the crackdown.

Did you find apk for android? You can find new Free Android Games and apps.
Sharing is caring:
kenya Kenya Comments Off on KENYA: Interior ministry to deport 41 foreigners for engaging in illegal trade Print this News