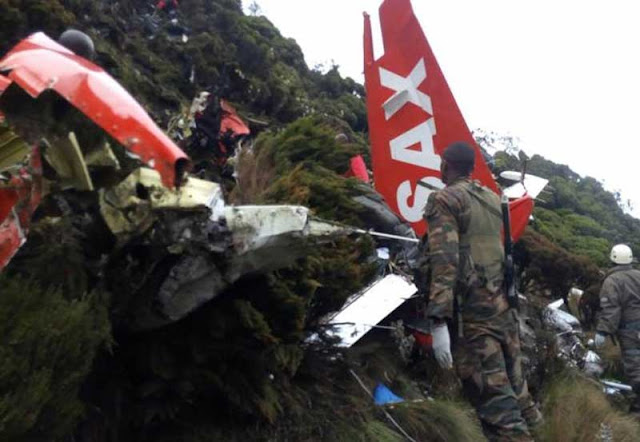 STANDARD MEDIA – Poor communication and professional negligence could have led to the plane crash that killed 10 passengers in the Aberdare, a parliamentary committee has been told.

The plane was en route to Nairobi from Kitale.

Mr Kibe told the committee chaired by Pokot South MP David Pkosing that FlySax requested the Air Traffic Control tower in Eldoret to change the route, but even with the pilot being cleared to fly at 13,000 feet above sea level, she chose to retain the initial flight height at 11,000 feet.

“Why they could not fly above that is subject to ongoing investigation,” said Kibe.

The lawmakers, however, took Kibe to task to explain why even if the crew chose to remain at 11,000 feet, KCAA could not provide professional and technical guidance.

“You must explain to the committee and Kenyans what exactly happened. It is not clear at what time the plane was diverted and the guidance that was given to the crew in the new route,” said Pkosing.

Kibe told the MPs the aircraft was diverted to JKIA on the request of the company, as there were three passengers who were running late and were to catch another flight.

Martyn Lunani, director and chief investigator of Air Accidents at the Ministry of Transport, told the committee a preliminary report of the crash would be out on Thursday and would be made public. —— AUTO – GENERATED; Published (Halifax Canada Time AST) on: June 19, 2018 at 02:02PM

KENYA: Bureau of Standards says the sugar has copper, lead and nor mercury – I GUESS THIS MAKES IT SAFE???