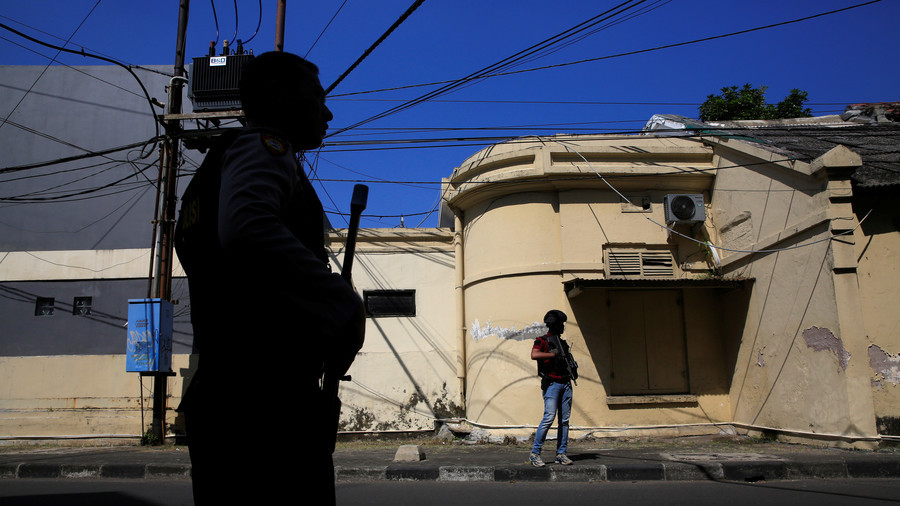 RT – An explosion has hit a police station in Surabaya, Indonesia. It comes a day after coordinated suicide blasts at three churches there were perpetrated by members of one family. 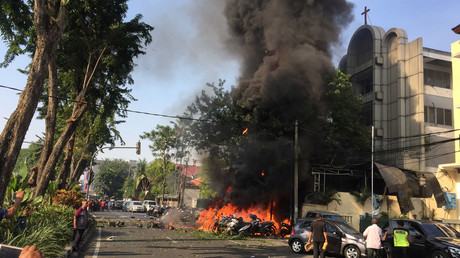 A suicide bomber on a motorbike attacked the police office on Monday morning, according to the police. Four officers and six civilians were wounded in the explosion. Earlier reports citing unnamed officials indicated there had been at least one fatality. “Clearly it’s a suicide bombing,” East Java police spokesman Frans Barung Mangera said at a briefing.

On Sunday morning, three churches in Surabaya were hit by suicide bombers within 10 minutes of each other, killing at least 13 people and wounding around 40. Police said the attacks were all perpetrated by members of the same family, who used children as the suicide bombers.

The Indonesian intelligence agency said the church attacks were carried out by Jemaah Ansharut Daulah, a group affiliated with the terrorist organization Islamic State (IS, formerly ISIS, ISIL). It had pledged allegiance to ISIS mastermind Abu Bakr al-Baghdadi.

Indonesian President Joko Widodo has condemned the perpetrators of the recent attacks as “cowards” and called their acts “undignified and barbaric.” Widodo vowed to issue a regulation next month to implement a new anti-terrorism bill should it fail in parliament.