HEALTH: Americans keep getting fatter with no end in sight

SPUTNIK – A new large-scale federal survey measuring US obesity trends in 2015-2016 and looking back to 2007-2008, reveals that obesity rates in American adults have been on the increase since the 1980s. 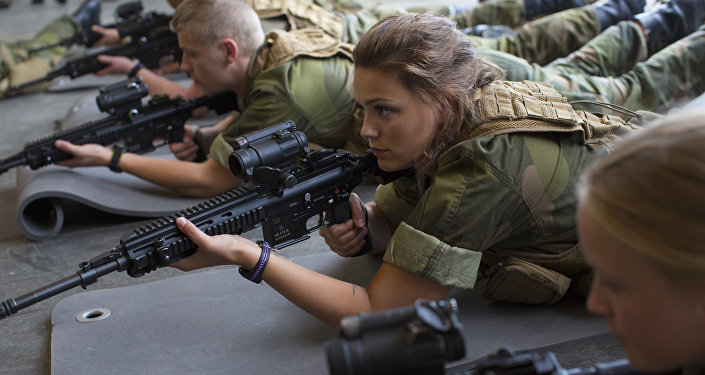 © AFP 2018/ KYRRE LIEN
Female Soldiers ‘Better at Enduring Extreme Stress’ – Norwegian Study“Most people know that being overweight or obese is unhealthy, and if you eat too much that contributes to being overweight,” detailed Dr. James Krieger, a clinical professor of medicine at the University of Washington.

“But just telling people there’s a problem doesn’t solve it.”

Although the recent data from the National Health and Nutrition Examination Survey does not explain why obesity rates are increasing, nutritionists believe that poor diet, a sedentary lifestyle and unlucky genetics are likely contributing factors.

According to Dr. Craig Hales, co-author of the survey, an increase in childhood obesity “could be due to sampling error,” suggesting that there was “no increasing or decreasing trends over the last 10 years.”

However, “something different is happening with adults and youth,” he noted, as reported by the New York Times.

Other experts disagree whether childhood obesity rates have increased or simply plateaued.

“We haven’t turned the tide. If anything, rates are continuing to climb upwards,” said Dr. David Ludwig, a nutrition professor at the Harvard T.H. Chan School of Public Health.

Dr. William Dietz, director of the Stop Obesity Alliance at George Washington University, believes, however, that it is too early to reach a conclusion about a childhood obesity trend.

“I’m worried about it for sure, but we need two more years of data,” he stated, the New York Times reported.