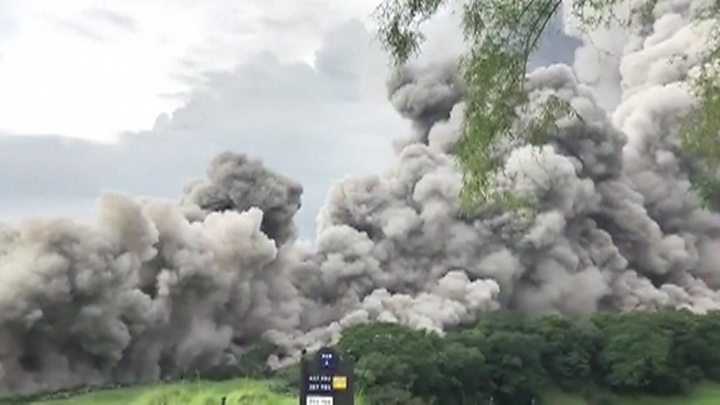 Guatemala’s most violent volcano eruption in more than a century has killed at least 25 people.

BBC – The Fuego volcano, about 40km (25 miles) south-west of the capital Guatemala City, spewed rock, gas and ash into the sky on Sunday.

Fast-moving flows hit villages, killing people inside their homes. Hundreds were injured and many are missing. The country’s main airport is closed.

In a statement issued late on Sunday, he spoke of the nation’s “deep pain” caused by the “irreparable losses” in human lives.
What has happened?

Settlements on the southern slopes of Fuego were buried in the volcanic ash, mud and rocks as the volcano erupted for 16 and a half hours on Sunday.


Pyroclastic flows, which are fast-moving mixtures of gas and volcanic matter, rushed down the mountainside and engulfed villages. 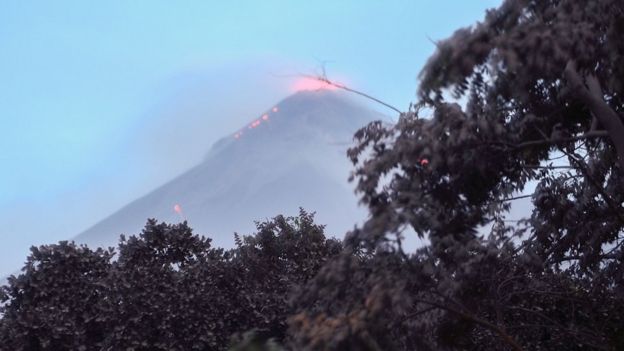 Hundreds of police officers, soldiers and emergency workers have been sent to affected areas on the slopes of the volcano. They found charred bodies resting on steaming remnants of pyroclastic flow.

Survivors covered in ash were carried away.

Sergio Cabañas, head of the country’s National Disaster Management Agency (Conred), said the town of El Rodeo had been “buried”.

Other towns affected include Alotenango and San Miguel los Lotes. Rescuers are still trying to reach a number of villages and the death toll is expected to rise.

Temporary shelters have been set up for about 3,000 residents who have been evacuated. 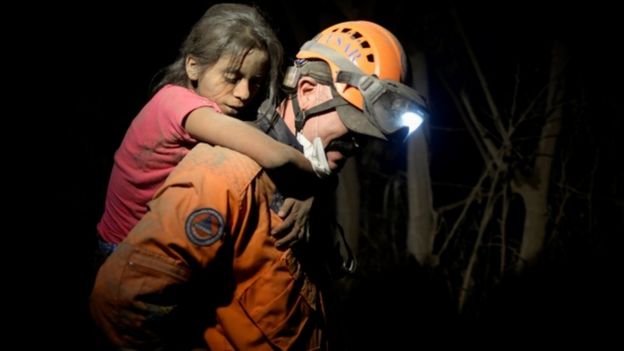 Efrain Gonzalez, who fled El Rodeo with his wife and one-year-old daughter, said he had had to leave behind his two older children, aged four and ten, trapped in the family home.

Local resident Ricardo Reyes was forced to abandon his home: “The only thing we could do was run with my family and we left our possessions in the house. Now that all the danger has passed, I came to see how our house was – everything is a disaster.” 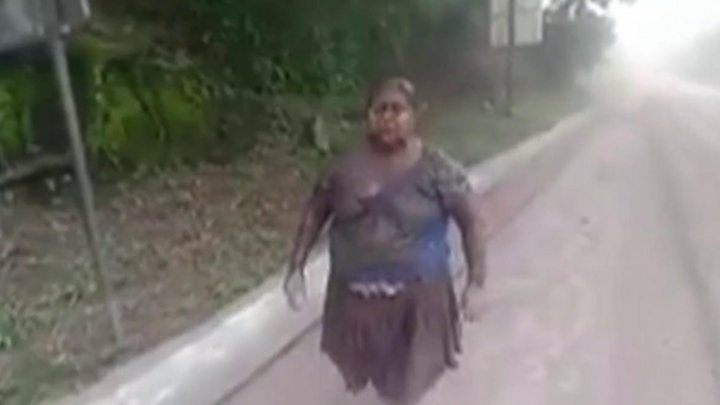 How exceptional was the eruption?

Fuego is one of Latin America’s most active volcanoes. A major eruption devastated nearby farms in 1974, but no deaths were recorded.

Another eruption in February this year sent ash 1.7km (1.1 mile) into the sky.

Sunday’s event was on a much greater scale.

This eruption is Guatemala’s deadliest such event since 1902, when an eruption of the Santa Maria volcano killed thousands of people.

However it warned people to keep away from the affected ravines as there is a possibility of “a reactivation”.

The institute also warned of the possibility of lahars – when water mixes with volcanic deposits forming a destructive debris flow – which could affect villages and hamlets to the south, south-west and south-east.

What is a pyroclastic flow?

A pyroclastic flow is a fast-moving mixture of gas and volcanic material, such as pumice and ash. They are a common outcome of explosive volcanic eruptions, like the Fuego event, and are extremely dangerous to populations living downrange.

Just why they are so threatening can be seen from some of the eyewitness videos on YouTube of the Guatemalan eruption. In one, people stand on a bridge filming the ominous mass of gas and volcanic debris as it expands from Fuego.

Some bystanders only realise how fast it is travelling as the flow is almost upon them.

The speed it travels depends on several factors, such as the output rate of the volcano and the gradient of its slope. But they have been known to reach speeds of up to 700km/h – close to the cruising speed of a long-distance commercial passenger aircraft.

In addition, the gas and rock within a flow are heated to extreme temperatures, ranging between 200C and 700C. If you’re directly in its path, there is little chance of escape.

The eruption of Vesuvius, in Italy, in 79 AD produced a powerful pyroclastic flow, burying the Roman towns of Pompeii and Herculaneum under a thick blanket of ash. 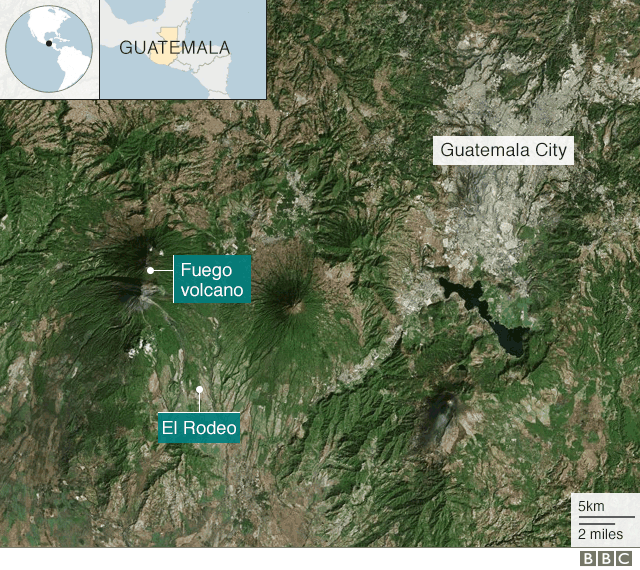 Has the eruption reached the capital?

Volcanic ash has fallen as far away as Guatemala City. Soldiers have been clearing the runway at the city’s La Aurora airport.

A total of about 1.7 million people have been affected in four regions.

Officials have advised people to wear masks as protection against falling ash. 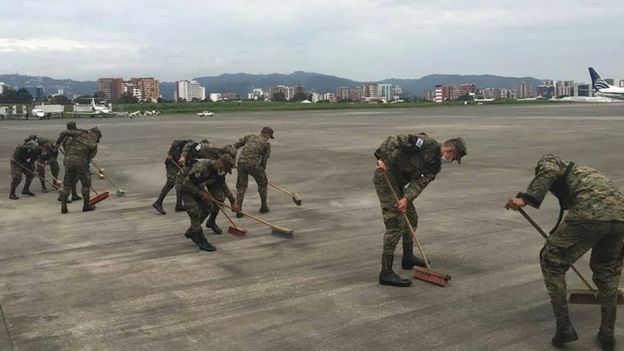 Did you find apk for android? You can find new Free Android Games and apps.
Sharing is caring:
world news World News Comments Off on GUATEMALA: Volcano eruption kills at least 25, displaces thousands Print this News

« UGANDA: Truck full of stolen drugs recovered with SEPTRIN which govt says has none left (Previous News)
(Next News) MADAGASCAR: Prime Minister resigns amid population discontent – SOMEONE SEND A MEMO TO JARUKANGA! »