We Don’t Want Vigils After This’: Anger on Social Media Over France Attack

The death toll in the Trebes incident currently stands at four people, including the perpetrator, reportedly a man of Morocco origin who took hostages in the town’s supermarket on March 23.

French Interior Minister Gerard Gerard Collomb named the gunman, who was killed by police, as 26-year-old Redouane Lakdim, describing him as a small-time drug dealer.

“He was known by the police for petty crimes, we had monitored him and did not think he had been radicalized. He was already under surveillance when he suddenly decided to act,” Collomb said. 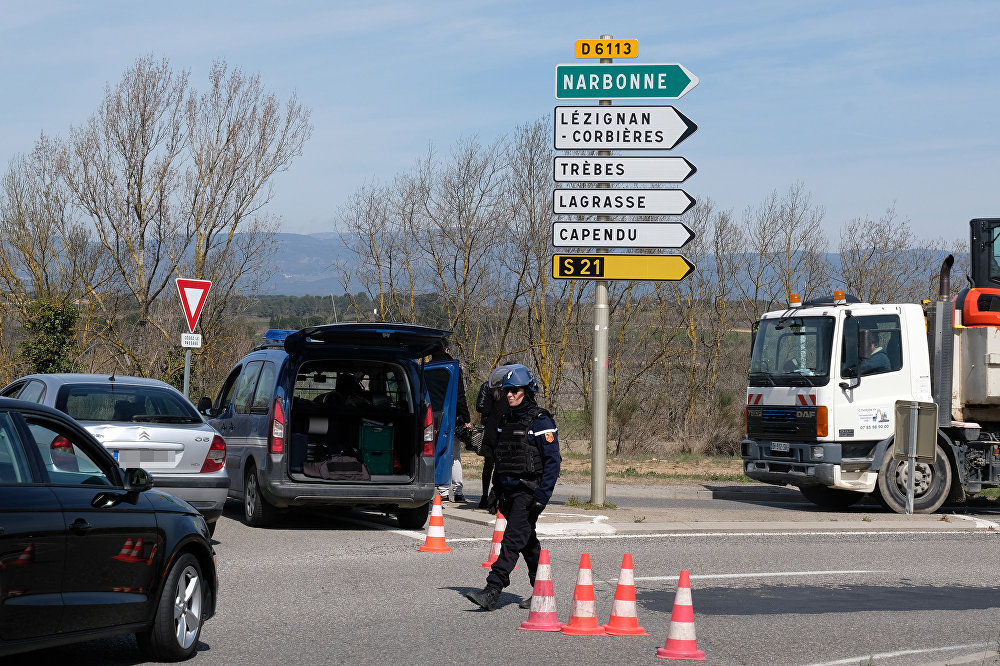 © AFP 2018/ ERIC CABANIS
French gendarmes block the access to Trebes, where a man took hostages at a supermarket on March 23, 2018 in Trebes, southwest France

The attack is treated as a terror incident, as prosecutors claimed Lakdim had pledged allegiance to Daesh*.

French president Emmanuel Macron has addressed the attack on his Twitter channel. He was joined by the UK Prime Minister Theresa May.

Some users on Twitter started a heated debate on the gunman’s supposed radicalized views, as well as France’s policy terrorism.

Conversations sprung out on Facebook as well, touching on France’s gun and immigration laws.

Some users on Instagram simply paid respects to the victims of the attack in Trebes.

« RUSSIA SPY: Nerve gas used in UK attack was never made in Russia (Previous News)
(Next News) UGANDA: NRM regime sends its ‘fake’ Hepatitis B vaccines to Geneva for analysis »

RELIGION: Jim Bakker is back and selling you a bunker for Doomsday