Trump took to Twitter early Saturday afternoon to condemn the violence, hours after Virginia Governor Terry McAuliffe declared a state of emergency in an attempt to quell the unrest.

We ALL must be united & condemn all that hate stands for. There is no place for this kind of violence in America. Lets come together as one!

But the president’s words didn’t sit well with Duke, who began by claiming that the violence was initiated by “the same radical leftists” who previously caused disruptions at Trump rallies.

Our people were peacefully assembling and attacked by the same radical leftists who invaded your meetings and attacked your supporters.

Duke then chided Trump for speaking out against the very demographic that he claimed put in him the Oval Office, namely white Americans who he insisted have been discriminated against for decades.

So, after decades of White Americans being targeted for discriminated & anti-White hatred, we come together as a people, and you attack us? https://twitter.com/realDonaldTrump/status/896420822780444672 …

I would recommend you take a good look in the mirror & remember it was White Americans who put you in the presidency, not radical

Soon after Duke’s tweets slamming Trump, Charlottesville Mayor Mike Singer confirmed that at least one person had been killed.

Around the same time, video emerged showing a vehicle plowing into marching counter-protesters. It is unclear whether the death was related to that incident.

Earlier in the day, Duke, who attended the rally, told reporters that the rally represented “a turning point” for Americans.

“We are determined to take our country back. We’re going to fulfill the promises of Donald Trump,” Duke said in a video circulating on Twitter.

“That’s what we believed in, that’s why we voted for Donald Trump, because he said he’s going to take our country back, and that’s what we’ve got to do.” 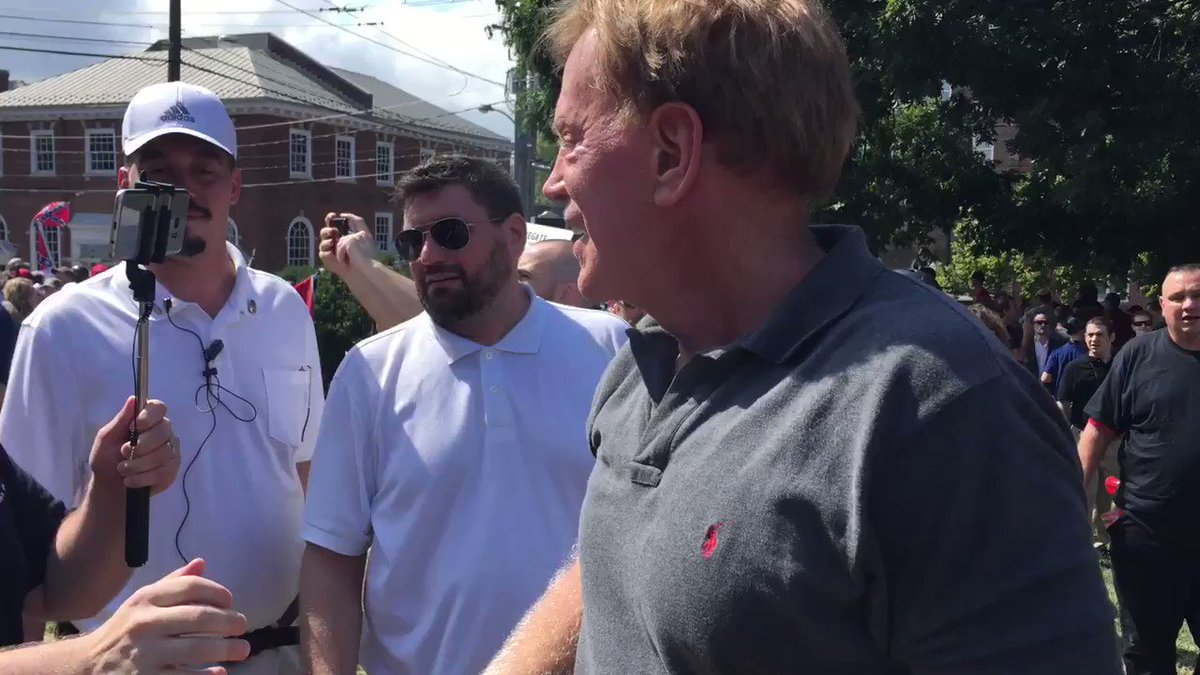 An early supporter of Trump’s presidential bid, Duke ran for a U.S. Senate seat from Louisiana in 2016, with his campaign unabashedly highlighting similarities between his vision of America and that of then-candidate Trump.

Duke ended up receiving three per cent of the vote, placing seventh in the Louisiana primary race.

He previously served as a member of the Louisiana House of Representatives between 1989 and 1992.

CHARLOTTESVILLE, VA.-After a morning of violent clashes between white nationalists and counter protesters, police ordered hundreds of people out of a downtown park – putting an end to a noon rally that hadn’t even begun. Gov. Terry McAuliffe declared a state of emergency shortly before 11 a.m.