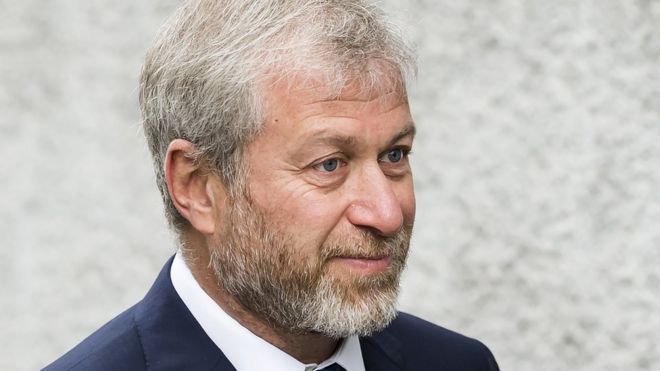 BBC – Chelsea owner Roman Abramovich has “withdrawn” his application for a UK visa, the BBC understands.

A source close to the Russian tycoon said his application to extend his investor visa had not been refused or denied, as reported in the press.

Mr Abramovich, 51, has put plans to build the club a new stadium on hold amid the delay to renew his visa, which expired some weeks ago.

The delay in renewing Mr Abramovich’s investor visa came to light at a time of increased diplomatic tensions between London and Moscow, in the wake of the poisoning of former Russian spy Sergei Skripal in Salisbury.

Changes to the visa process, which came into force in 2015, mean applicants may be required to prove the origins of their wealth.
Rich list

Mr Abramovich, who made his fortune in oil and gas in the 1990s, became owner of the companies that control Chelsea in 2003.

According to the Sunday Times Rich List, he is Britain’s 13th-richest man, with a net worth of £9.3bn.

He is reportedly close to Russian president Vladimir Putin.

On Thursday, Chelsea issued a statement saying the club had delayed work on the new stadium at Stamford Bridge because of “the current unfavourable investment climate”.

The estimated cost for the new 60,000 seat stadium has increased to £1bn after delays, which included a dispute with a local family.

Who is Roman Abramovich? 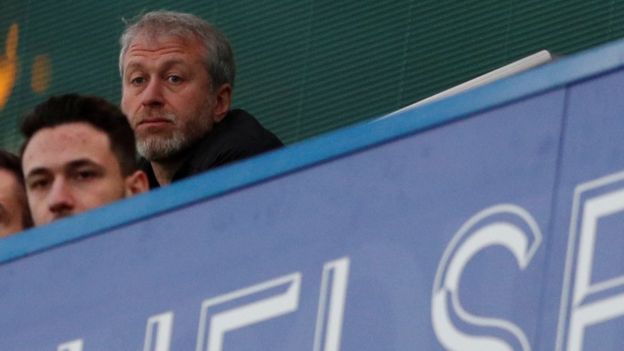 The 51-year-old is one of Russia’s richest people
He reportedly sold dolls before making his fortune in oil in the 1990s after the collapse of the former Soviet Union
Mr Abramovich was a one-time business partner of the late tycoon Boris Berezovky, an associate of former Russian President Boris Yeltsin
Critics say the two businessmen used their Kremlin “family” ties to acquire key state companies for below market value
Abramovich served as governor of Russia’s Chukotka region
He is believed to be close to current Russian President Vladimir Putin
Did you find apk for android? You can find new Free Android Games and apps.
Sharing is caring:
brexit, epl, soccer, Sports, Football, Chelsea, Russia spy, Abramovich Sports Comments Off on FOOTBALL: Abramovich ices Chelsea project, ‘withdraws’ UK visa application Print this News

UGANDA: Why I killed #SoccerChat256 WhatsApp group – for only 1hr

Want create site? Find Free WordPress Themes and plugins. Some of you know that IRead More