U.S. President Donald Trump told Russian diplomats last week his firing of “nut job” James Comey had eased the pressure on him, according to a New York Times report Friday that pursued the president as he began his maiden foreign trip.

In a press release in response to the Times story, the White House disputed not the facts of the report, but the interpretation, saying Trump was talking not about the FBI’s criminal investigation into possible collusion between Russia and the Trump campaign, but about post-election scrutiny that was making it hard for him to work with Russia.

“By grandstanding and politicizing the investigation into Russia’s actions, James Comey created unnecessary pressure on our ability to engage with Russia,” press secretary Sean Spicer said in the statement.

“The investigation would have always continued, and obviously, the termination of Comey would not have ended it,” Spicer said, adding that the real story was the leaks of “private and highly classified conversations.”

The Times cites the White House’s official written account of the Oval Office meeting. It says one official had read quotations to the Times and another had confirmed the broad outlines of the discussion. 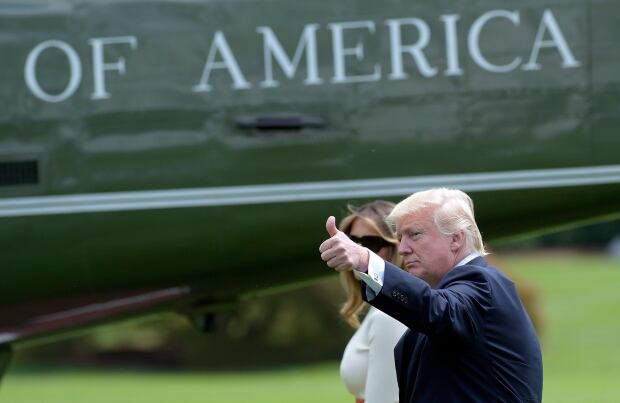 Trump, accompanied by wife Melania, walk across the South Lawn of the White House in Washington on Friday. Trump was leaving for his first foreign trip, visiting Saudi Arabia, Israel, Vatican, and a pair of summits in Brussels and Sicily. (Susan Walsh/Associated Press)

The White House repeated its assertion that a “thorough investigation will confirm that there was no collusion between the campaign and any foreign entity.”

It did not deny the Times report that Trump was critical of Comey to the Russians the day after he fired him.

Trump met with the Russians on May 10, the day after he fired Comey.

‘This. Is. Obstruction. Of. Justice’

A Democratic member of Congress, Ted Lieu, drew an instant conclusion about the implications, tweeting: “This. Is. Obstruction. Of. Justice.”

The senior Democrat on the House oversight committee said the panel should request White House documents related to the May 10 Oval Office meeting between Trump and Russian officials — and subpoena them if necessary.

Cummings said the committee’s Republican chairman, Jason Chaffetz of Utah, “should … have his subpoena pen ready” to obtain any White House documents related to Trump’s meeting with the Russian foreign minister and ambassador.

House minority leader Nancy Pelosi said Trump has shown his disrespect for the presidency if the Times report is accurate.

​Pelosi told The Associated Press in an interview Friday that “every day the president gives us more reason to believe that he does not respect the office that he holds.”

She said it’s a “ridiculous statement” for Trump to make and results in “elevating the Russians as his confidante at the expense of our justice system.”

Pelosi said that Trump has left himself “very vulnerable personally” if he in fact asked Comey to end an investigation of adviser Michael Flynn.

Also on Friday, Comey agreed to testify before the Senate intelligence committee after Memorial Day.

The committee’s chairman, Senator Richard Burr, and the ranking Democrat, Senator Mark Warner, announced that Comey will testify in an open setting before the committee. The date of the hearing has not yet been set.

Burr says the committee wants to hear from Comey on his role in the development of the U.S. intelligence agencies’ assessment that Russia interfered in last year’s election. He says he hopes Comey’s testimony will answer some of the questions that have arisen since Comey was suddenly dismissed last week by Trump. 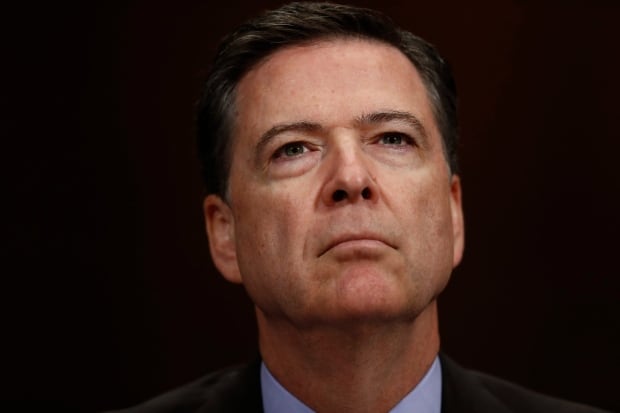 Comey will certainly be asked about encounters that precipitated his firing, including a January dinner in which, Comey has told associates, Trump asked for his loyalty. In the Oval Office weeks later, Comey told associates, the president asked him to shut down an investigation into former national security adviser Michael Flynn.

Comey is known to produce memos documenting especially sensitive or unsettling encounters, such as after the February meeting.

Comey turned down an invitation to testify before the Senate Judiciary Committee.