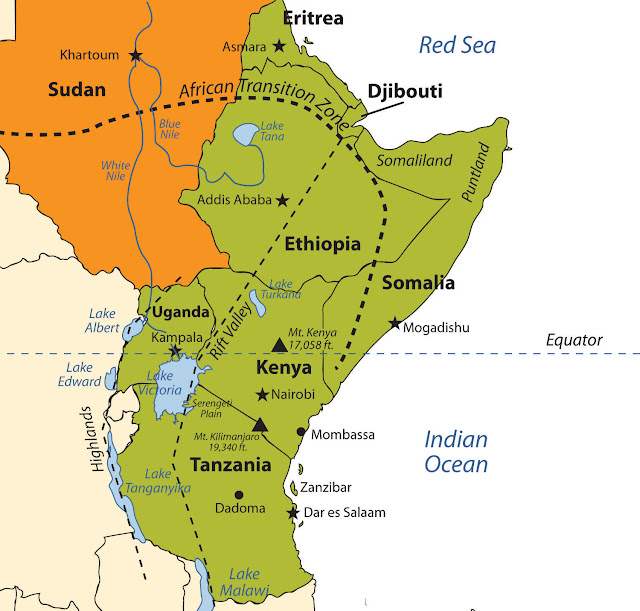 NAIROBI, July 3 (Thomson Reuters Foundation) – Some 300,000 Kenyans who depend on Turkana – the world’s biggest desert lake – could run short of drinking water and fish if Ethiopia moves ahead with plans to construct two more dams on a river upstream, activists said.

“We are concerned that these projects will have implication on the local communities who depend on the lake for fishing and for their livelihood,” said Guy Debonnet, a conservation expert with UNESCO.

“Ethiopia is planning two new dams on the Omo river which will only make the situation worse.”

Addis Ababa rejects the claims, saying its own studies show the dam will regulate the river’s flow and stabilise water levels in the flood-prone region.

Also known as the Jade Sea, Lake Turkana, in northwestern Kenya, gets 90 percent of its water from the Omo River in Ethiopia – one of Africa’s fastest-growing economies, using its rivers to generate power for manufacturing and export.

Ethiopia’s Gibe III Dam, which was completed in 2016, and irrigation for the Kuraz sugar plantations have already reduced water into Turkana from the Omo River, said Rudo Sanyanga, Africa director of the lobby group International Rivers.

The lake is likely to shrink slowly, reducing breeding grounds for fish, and become too salty for fish to survive and too toxic for people and animals to drink, possibly triggering conflict and overcrowding, she said on Monday.

“Ethiopia should cancel the plans that it has to construct two more dams, Gibe IV and Gibe V, on the Omo River,” she told the Thomson Reuters Foundation in emailed comments.

“These projects will only exacerbate the risk for drying up of the lake.”

Ethiopia is also at loggerheads with Egypt over another dam that Addis Ababa is building on the River Nile which Cairo fears will reduce waters running to its fields and reservoirs from Ethiopia’s highlands.

Ikal Angelei director of Friends of Lake Turkana, which advocates for communities living around the lake – many of whom rely heavily on livestock – said underground water basins and pasture would also be reduced.

“Gibe IV and Gibe V cannot go on without the Kenyan government being a little bit more realistic of the impact,” Angelei told Thomson Reuters Foundation.

“While Kenya is planning to possibly benefit from buying the power, we have to ask ourselves what is the cost of this power on ecosystem in the longer term?” (Reporting by Kevin Mwanza; editing by Katy Migiro. Please credit the Thomson Reuters Foundation, the charitable arm of Thomson Reuters, that covers humanitarian news, climate change, resilience, women’s rights, trafficking and property rights. Visit news.trust.org/) —— AUTO – GENERATED; Published (Halifax Canada Time AST) on: July 03, 2018 at 11:48AM