OILPRICE.COM – The IEA warned that the oil industry was not investing enough in new supply, a problem that could become clear in the 2020s.
– Spending on conventional oil fields jumped by 57 percent in 2017 to $112 billion, targeting 11 billion barrels of oil.
– But the figures are a small fraction of the pre-2014 investment levels, and could create problems beginning in the early 2020s.

– Chevron (NYSE: CVX) is looking to sell its stake in a Canadian LNG project. Petronas, which scrapped its own $36 billion LNG project on Canada’s Pacific Coast last year, could purchase Chevron’s stake.
– Ecopetrol (NYSE: EC) said it would look for assets to buy this year after bouncing back from deep budget cuts. The Colombian oil company said it plans on bidding on auctions in the U.S. and Latin America after posting a $2.2 billion net profit in 2017, the best results in four years.
– Plains All American Pipeline (NYSE: PAA) warned that U.S. steel tariffs would hamper pipeline construction. “We need some flexibility to be able to move forward,” Plains CEO Greg Armstrong told the CERAWeek energy conference in Houston. “If you can’t get what you need, you’ve got to go somewhere else. It’s a thornier issue than I think is printed in the headlines.”

Oil prices rose on Monday and in early trading on Tuesday on news that Libya’s largest oil field was temporarily idled, as well as news that U.S. crude inventories may have posted a surprise decline last week.

OPEC appeals to shale producers in Houston. OPEC officials, along with energy executives and oil analysts, gathered in Houston on Monday for the annual CERAWeek Conference. On Monday, several OPEC officials downplayed what is often billed as a rivalry with U.S. shale. OPEC Secretary-General Mohammed Barkindo said there is a “common understanding” between the two sides and that “we all belong to this industry.” OPEC officials had dinner with top shale executives on Monday in an effort to increase dialogue. However, Nigeria’s oil minister was a little less diplomatic than Barkindo, arguing that shale companies need to share the burden with OPEC. “We need to begin to look at companies that are very active in these areas and begin to get them to take some responsibilities in terms of stability of oil prices,” Nigerian Oil Minister Emmanuel Ibe Kachikwu told Reuters.

IEA: Shale to dominate; supply shortage in 2020s. The IEA published its annual Oil 2018 report on Monday, which detailed two broad conclusions: U.S. shale would dominate the supply picture for the next few years, leaving little room for OPEC to boost production. However, by the 2020s, the dearth of upstream investment over the past few years will finally start to bite, and with little spare capacity, the oil market could suffer from a supply crunch.

Oil storage signals decline. Genscape Inc. reported a drop in inventories at Cushing, OK last week, with storage levels already at the lowest level in four years. The bullish report stands in sharp contrast to expectations of a new wave of shale supply. “The trend in global inventories shows that the market is fundamentally under-supplied and that emphatically remains the case,” Pavel Molchanov, an energy research analyst at Raymond James, told Bloomberg. Still, overall crude inventories are expected to have increased last week.

Libya oil field restarts. Oil prices jumped on Monday because of the outage of Libya’s largest oil field, the Sharara. However, by Monday, output resumed at the 340,000-bpd field. Libya has been producing about 1.0 to 1.1 million barrels per day recently, before the outage, although a separate field was shuttered last week, temporarily knocking 90,000 bpd offline.

Jeffries: Oil M&A to fall. Jeffries analysts say that financial discipline in the oil patch could lead to another decline in M&A activity this year. In 2017, the industry only closed on $74 billion worth of deals, a drop of 23 percent from 2016. Jeffries sees that figure falling further in 2018 as shareholders pressure shale companies to focus on profits. Jeffries says that 8 out of 10 deals outside North America failed in the past two years. “Investors are really saying to these companies, ‘Hey you guys have been buying assets and accumulating acreage and stuff for the last decade; where are the returns?”’ Ralph Eads, chairman of energy investment banking at Jefferies Group LLC, told Bloomberg.

Former shale executive warns of industry hype. Former CEO of EOG Resources (NYSE: EOG) was expected to tell the CERAWeek Conference in Houston that the heady shale production forecasts that predict massive gains in output could be overstated. Mark Papa, who now heads up the small shale driller Centennial Resource Development Inc. (NASDAQ: CDEV), says the shale industry will bump up against some limits, preventing it from realizing aggressive production forecasts. “The oil market is in a state of misdirection now,” Papa told the WSJ. “Someone needs to speak out.” Papa says the best drilling locations in the Bakken and Eagle Ford are already developed, and that supply chain constraints – labor, frac sand, etc. – will also slow development. “I have a minority opinion right now, but within the next year or two, I feel pretty strongly that it’s going to be proven out,” he said.

Total SA CEO: We don’t need shale. Total SA’s (NYSE: TOT) CEO Patrick Pouyanne said his company will focus on five core areas: Africa, the Middle East, the North Sea, deepwater and LNG. The list notably excludes shale. “Total today is the most profitable major company without any shale,” Pouyanne said on Bloomberg TV. “I prefer to play into my strengths.” Total has outperformed other oil majors, showing financial strength while others have lagged.

Vaca Muerta output to jump this year. Argentina’s state-owned YPF says that it expects its oil and gas production in the vast Vaca Muerta shale to rise by 35 percent this year, which the company’s CFO Daniel Gonzalez attributes to declining costs. Gonzalez says that costs have declined by half since 2015, from $3,050 per lateral foot to just $1,390 in the fourth quarter of 2017.

Eni/Shell corruption trial in Milan delayed. An Italian court delayed the start of the trial for executives at Royal Dutch Shell (NYSE: RDS.A) and Eni (NYSE: E) for alleged corruption in Nigeria until May. The trial had been scheduled to start on Monday. The case revolves around the alleged bribe paid by the oil companies to Nigerian officials to win concessions. 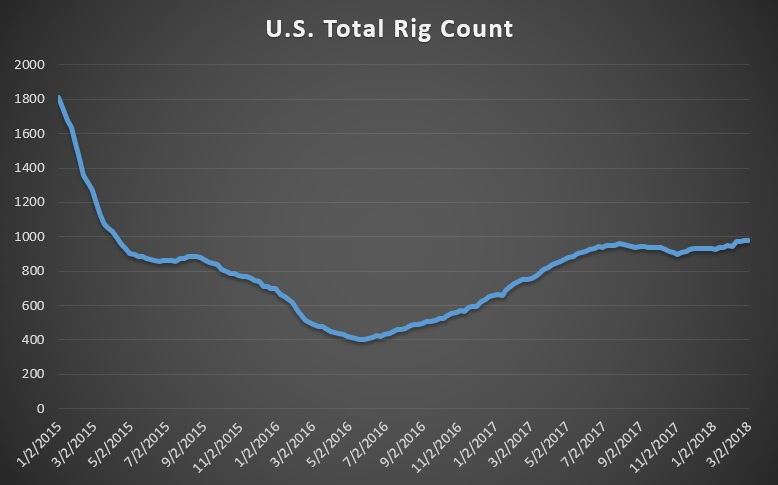 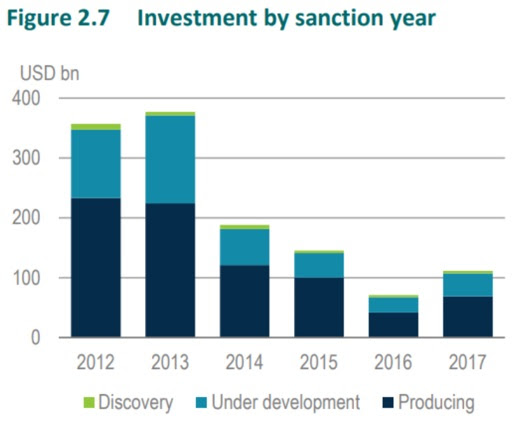 The explosive growth in U.S. shale could lead to a bottleneck for U.S. refineries as they don’t have the capacity to process large amounts of light tight oil

« DRCONGO: UN blames Dec 7, 2017 attack on ADF – BUT THEY ARE VERY WRONG (Previous News)
(Next News) FILM: Turns out Wakanda is actually Uganda »