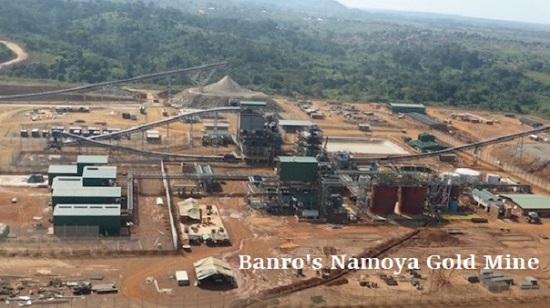 GOMA, Congo (Reuters) – Mai Mai militia attacked Banro Corp’s east Congo Namoya gold mine for the second time in less than a year on Thursday, a Banro geologist at the mine said, adding that four were wounded in the ensuing firefight.

“The rebels tried to take expatriate workers on site as hostages but they didn’t succeed because they couldn’t reach the place where they were taking refuge,” geologist Bienfait Mukelo told Reuters by telephone.

They were repelled in a firefight with the guards, he said, adding that there were four wounded. He thought there were also some dead, but he did not immediately have further details or say who had been wounded.

Fighting between the Congolese army and a local militia in eastern Democratic Republic of Congo forced Banro to suspend operations at the Namoya gold mine for a month and temporarily evacuate its staff in mid-2017.

Well-armed militia groups have repeatedly struck Banro’s operations in eastern Congo, which is home to dozens of such groups.

Militias like the “Mai Mai” – who believe blessed water has magical properties like protecting fighters from bullets – have preyed on the population and exploited mineral resources since 2003, at the end of a regional war that killed millions.

Insecurity has worsened across Congo since President Joseph Kabila refused to step down at the expiry of his mandate at the end of 2016.

Militiamen kidnapped five Namoya workers in March, releasing them later. Three police officers were killed in a raid on Banro’s Twangiza gold mine in a neighboring province in February.

« UGANDA: Another tourist dies in Uganda (Previous News)
(Next News) UGANDA: Central bank digs in, says it will not rush decision on Cryptocurrencies – VIDEO »

Zimbabwe Will Import Corn From Uganda to Offset Food Shortage