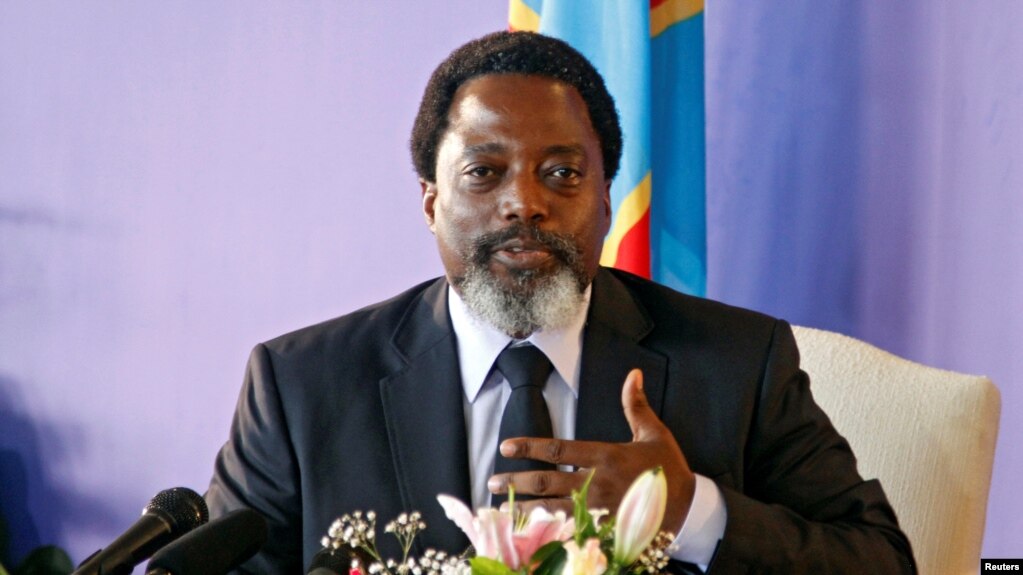 DAKAR (Reuters via VOA)  —  Eight in 10 Congolese have an unfavorable opinion of President Joseph Kabila — but nearly seven in 10 don’t think the December vote to replace him will be fair, according to a national poll published on Friday.

The survey, conducted last month by the Congo Research Group at New York University and Congolese polling firm BERCI, gives a rare glimpse into the national mood as Congolese wait to see if Kabila finally steps down after 17 years in power.

But Kabila, who succeeded his assassinated father in 2001, has refused to publicly commit to stepping down.

Uncertainty about his intentions and the prospect of the vote being delayed again have bred mistrust among Congo’s 80 million people. Security forces have killed dozens of people during street protests against the president’s extended rule. 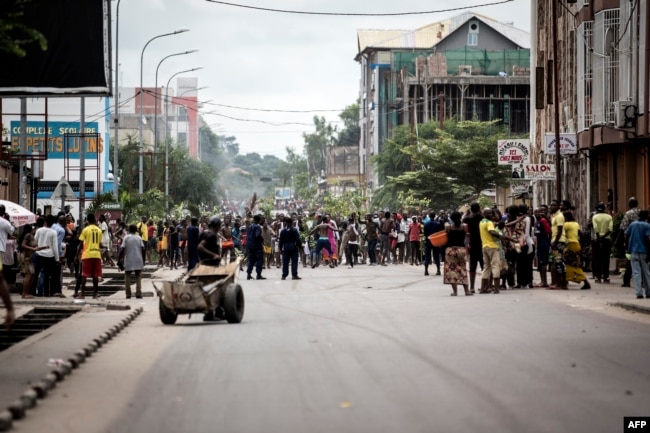 FILE – Protesters sing and dance during a demonstration calling for President Joseph Kabila of the Democratic Republic of the Congo to step down, in Kinshasa, Jan. 21, 2018.

The political crisis has also contributed to rising militia violence in eastern Congo’s borderlands with Rwanda and Uganda, where millions died from hunger, disease and conflict in wars around the turn of the century.

The Congo Research Group is directed by Jason Stearns, a former U.N. investigator in the country. Over 1,000 Congolese citizens in all 26 provinces were questioned.

Congolese are eager for change, according to the poll.

Ninety-five percent of those surveyed said they planned to vote in December, and 64 percent said they were optimistic about the country’s future in the next five years. 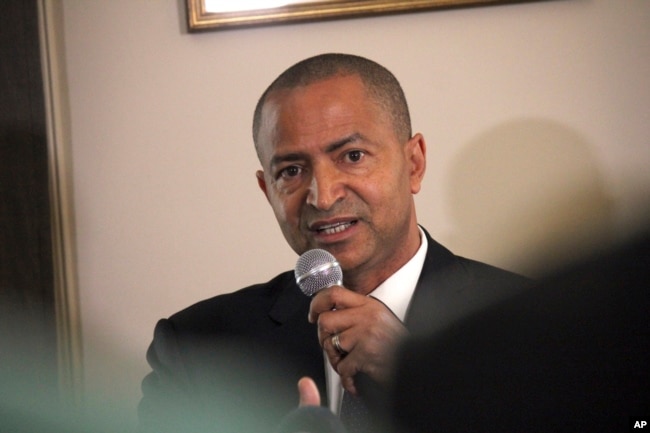 Katumbi’s support has fallen from 38 percent in a previous poll by CRG and BERCI a year ago. The pollsters said that could be due to his two-year absence from the country after being accused of hiring foreign mercenaries.

Still, most in the vast nation that spans much of Central Africa are skeptical about the electoral process. Sixty-nine percent said they do not trust the electoral commission to conduct “free, fair and transparent elections,” up from 54 percent last year.

The commission plans to use 100,000 electronic voting machines in December, a move that opposition leaders and international donors said could increase the risk of fraud. March 30, 2018 at 03:47PM