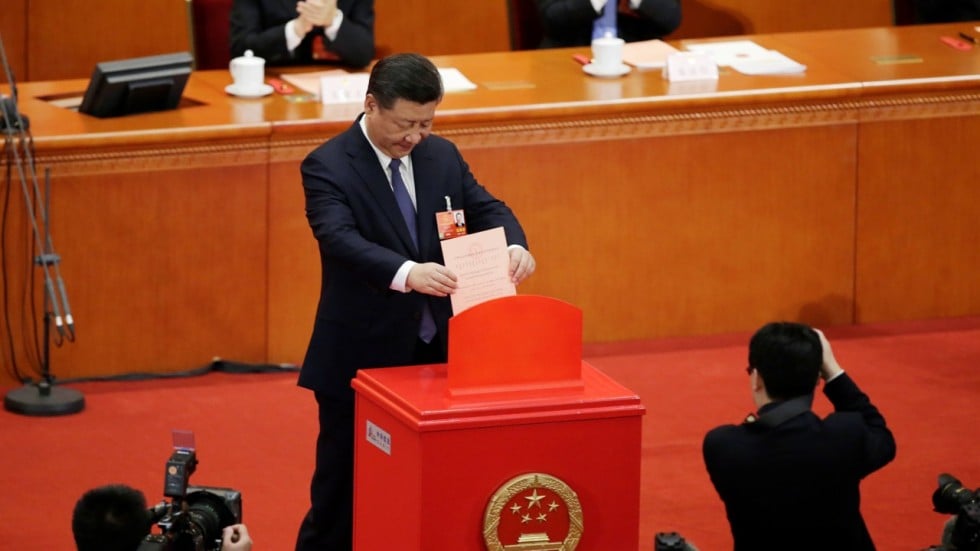 Xi Jinping cleared to stay on as China’s president with just 2 dissenters among 2,964 votes

China’s legislature gave near-unanimous approval to sweeping changes to the constitution on Sunday, formally removing term limits to enable Xi Jinping to stay on as the president beyond 2023.

The National People’s Congress passed the historic constitutional amendments with 2,958 votes in favour, only two against, and three abstentions. One ballot was invalid. A total of 2,964 votes were cast.

The endorsement came as no surprise, given the Communist Party’s iron grip on the legislature. But the extremely high approval rate nevertheless gives the controversial move a veneer of universal support within the establishment, despite criticism and scepticism at home and abroad.

With the presidential term limits formally dropped from the constitution, Xi could become one of the country’s longest-serving leaders – to the disquiet of many who fear a return to strongman rule.

With term limits move, Xi is setting himself up for failure

The two-term limit on the presidency was introduced by late paramount leader Deng Xiaoping in 1982 to prevent a repeat of Mao Zedong’s tumultuous decades-long reign that only ended in his death. With the vote on Sunday, all three titles Xi holds – including the more important party boss and military chief roles – are free of formal term limits. 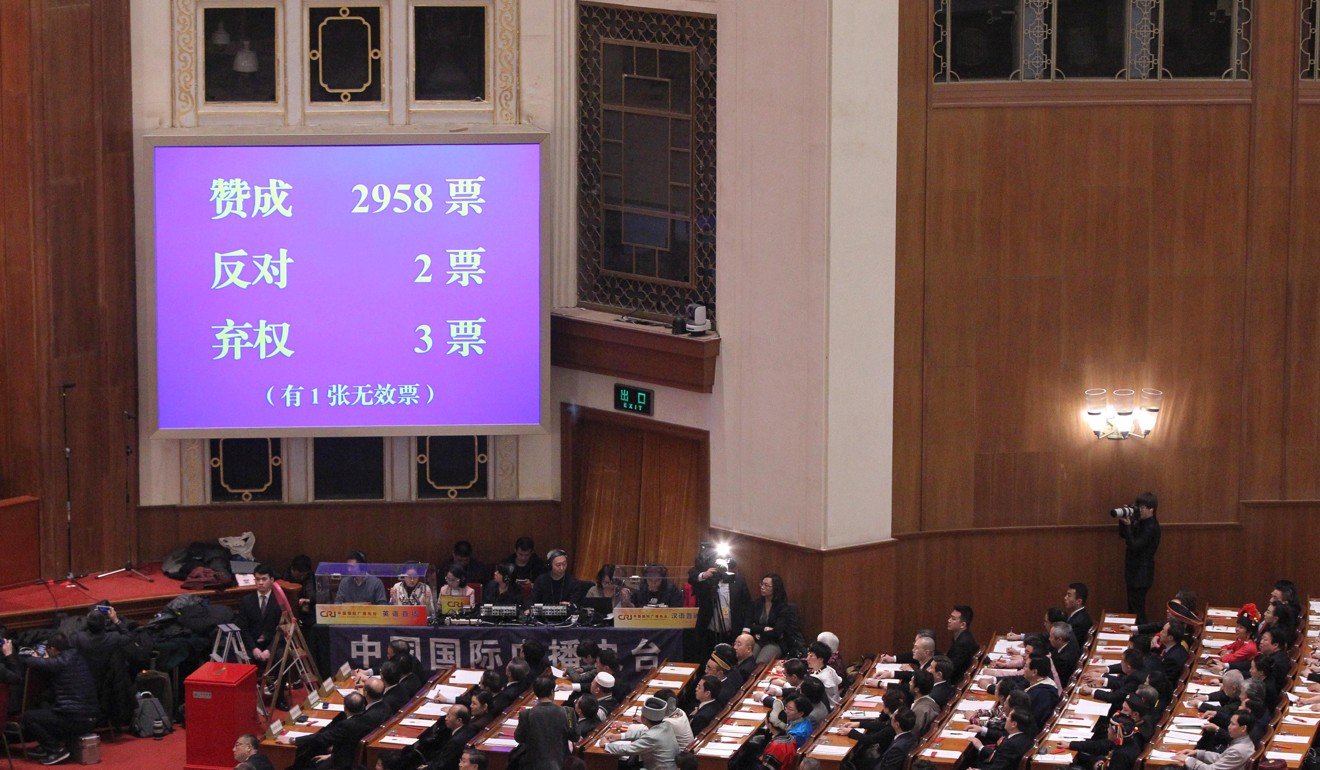 The revision is the biggest change to the constitution in 36 years and gained an unprecedentedly high approval rate.

A total of 21 items – four in the preamble and 17 in the main body – were revised, with a new section inserted.

In 1999, 21 of the 2,860 or so delegates voted against and 24 abstained from the amendment to include Deng’s “theory” in the national constitution.

In 2004, 10 of the 2,890 delegates voted against and 17 abstained from a constitutional revision to include former president Jiang Zemin’s signature “theory of the three represents” and protection for private assets in the document.

In addition to removing the term limits, the new constitution paves the way for the establishment of a new anti-graft super agency, the National Supervisory Commission.

The overarching body will extend the powers of the party’s graft watchdog to police all public employees, from officials and managers of state-owned enterprises to teachers, doctors and journalists.

Critics have labelled the new agency a “legal cover” for the party’s Central Commission for Discipline Inspection, allowing it to continue to investigate and detain suspects without giving them access to lawyers – a practice widely condemned by legal experts and rights advocates.

End to term limits at the top may be start of global backlash for China, analysts say

Under Xi’s attempt to shore up the legitimacy of the party-state, the constitution now has the party’s leading role written into the document’s main body, declaring the party’s leadership as the “most fundamental feature of socialism with Chinese characteristics”. The statement was previously restricted to the preamble.

Analysts said the change would make the statement legally binding and any challenge to the party’s rule unconstitutional.

The revisions also include adding Xi’s political doctrine – “Xi Jinping Thought on Socialism with Chinese Characteristics for a New Era”, to the constitution, following a similar inclusion in the party’s charter in October.

Did you find apk for android? You can find new Free Android Games and apps.
Sharing is caring:
Uncategorised Comments Off on CHINA: Xi Jinping cleared for life presidency with just 2 dissenters among 2,964 votes Print this News