SPUTNIK – China’s mass surveillance network, the largest in the world, is expanding into rural regions. The project uses artificial intelligence, facial recognition and big data to help reduce crime rates in the countryside, which is short of security forces.

A fight was brewing in the streets of Jiantai village, Shifang, Southwest China’s Sichuan Province, the result of financial disputes between villagers. Just as a young man was about to pull a knife, the police promptly arrived, stopping what could have become a blood bath.

The suspects did not know that their street fight was being watched at home and on phones by their fellow villagers, whose television sets and mobiles were connected to surveillance cameras placed around the rural neighborhood through streaming boxes and apps. A villager who had witnessed the entire incident on his TV reported it to the police simply by pressing a button on his remote control.

This case, covered by Xinhua in late 2016, is an example of the capability of China’s new mass surveillance network in rural areas, which could eventually turn every television set and mobile phone in the countryside into a security monitoring terminal.

Xueliang, or Sharp Eyes, derived its name from the popular Chinese saying “The masses have sharp eyes,” which depicts the power of the people. Headed by the Central Political and Legal Affairs Commission of the Communist Party of China (CPC), the project is an extension of China’s Skynet surveillance network into rural areas, using artificial intelligence (AI), facial recognition and big data.

“Every household can become a monitor terminal, and every villager can be a monitor. This is in line with the CPC’s ‘mass line’ tradition, mobilizing people’s enthusiasm to boost rural security,” Wang Qiang, a specialist in non-war military actions at the National Defense University of the People’s Liberation Army, told the Global Times.

For villagers who have installed streaming boxes with the Sharp Eyes system, watching live footage captured by the village’s surveillance cameras is just one click away on the remote control.

Sichuan’s Anxi village, for example, installed 25 surveillance cameras for the Sharp Eyes project and nine Skynet surveillance cameras, all connected to the villager’s televisions. A Sichuan Daily reporter visited a resident’s home in April 2017 and could see the live footage of all 34 CCTV cameras on his TV.

“I watch it in my spare time, and when suspicious things happen I will notify village officials,” the resident told Sichuan Daily. Apart from television, villagers can also download apps on their smart phones to see the surveillance.

Sharp Eyes was also mentioned as one of the key tasks for 2018 in the government work report of many provinces, including Jilin, Shandong, Hunan, Guizhou and Hainan provinces. So far, construction of the project is in full swing in many areas.

Two policemen are viewing the security situation of a village in Zouping, Shandong Province through surveillance cameras. Photo: IC

Experts say safety in rural areas is the top concern for the project, as the rapid urbanization process in China has left many villages unattended and unguarded.

“There used to be grass-roots civil defense organizations in rural areas. But as more young males leave the countryside to become migrant workers in cities, many rural areas now lack the human resources needed for public security,” Wang said.

In some remote villages, such as Xinlin county in Leshan Ebian Yi Autonomous County in Sichuan, the shortage in security personnel is so severe that five policemen have to take care of the safety of over 18,000 people, Xinhua reported.

Many rural areas are also plagued by security issues, such as mafia-style gangs, which have disturbed rural public affairs, media reports show.

“Without a modernized defense system, it is difficult to solve these problems,” he added.

Tian Feng, a system engineer with Uniview, a Hangzhou-based video surveillance supplier for the Sharp Eyes project, said a surveillance camera network is one solution to these problems. “Although surveillance videos cannot directly solve these problems, they’re a powerful civil deterrence that can prevent people from committing crimes,” he told the Global Times.

Tian said that apart from security purposes, the Sharp Eyes systems will also serve as a communication channel between villagers and the local government, allowing villagers to report community issues such as the malfunctioning of infrastructure facilities, environmental concerns and traffic issues. The system will then relay these reports to relevant departments.

With massive amounts of footage generated on a daily basis, the project is not without challenges. Tian said that, technically, the difficulty lies in safely connecting billions of gigabytes of data to one platform, and allowing this data to be accessed conveniently. Currently, in some provinces, the surveillance data collected on the village level can already be accessed on the provincial platform, turning remote monitoring and management into reality.

Wang said the modernized infrastructure of China’s rural areas is a basis for the project to be constructed. The project will also require the cooperation of many departments, including public security authorities and telecommunication companies.

While some commentators are worried that China’s mass surveillance network will infringe on people’s privacy, Wang said privacy is not a concern as the surveillance cameras are all installed in public places, along with obvious notices reminding people of entering surveillance areas. 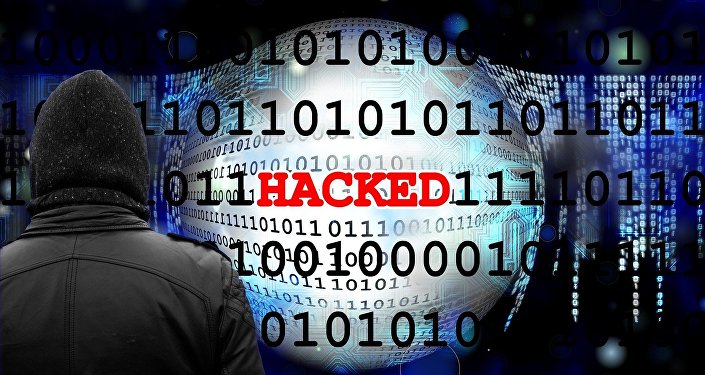 According to professional security industry media 21csp.com.cn, with nearly 3,000 counties in China expected to be connected to the project, it will open a market worth over 10 billion yuan for the video surveillance industry. With the project being extended at township and village levels, the size of the market could rise to over 100 billion yuan.

Although China boasts the biggest surveillance network in the world, it still lags behind developed countries in the density of surveillance cameras, especially in its second- and third- tier cities and rural areas.

As statistics released at the 2016 Beijing International Intelligent Hardware Exhibition show, in China’s second- and third-tier cities, the density of CCTV cameras is estimated at under only one per 100 people on average, while there is one per 14 people in the UK and one for every 10 citizens in the US, according to The British Security Industry Authority.

This article originally appeared on the Global Times website —— AUTO – GENERATED; Published (Halifax Canada Time AST) on: June 30, 2018 at 04:26AM

CANADA: Trudeau finally wakes up and demands for a wall – MEXICO WILL PAY FOR IT!

DRCONGO: Congo says it will open two national parks up to oil drilling