DAILY MAVERICK – Ex-president Robert Mugabe will be asked to appear before a parliamentary committee to explain how diamonds worth $15 billion were looted from diamond fields in the east of Zimbabwe, a report says.

In a claim that’s coming back to haunt him, the former Zimbabwe strongman announced in 2015 that $15 billion of diamonds was spirited out of Marange, the dusty fields more than four hours drive from Harare which were the site of a bloody military clampdown in 2008.After 37 years in power Mugabe, 94, was pushed out of office in November 2017 – but anger against him, his wife and those closest to him remains deep and polarising.

NewZimbabwe.com said that MP Temba Mliswa, who chairs the Mines and Energy Portfolio committee told a top police chief who’d been asked to testify about looting in Marange this week: “The committee has equally resolved that the former president will equally come.”

He only comes when we have heard from all institutions he was responsible for so we are leaving no stone unturned,” the website reported Mliswa as saying. Mliswa is an independent MP who still has links with Zanu-PF. 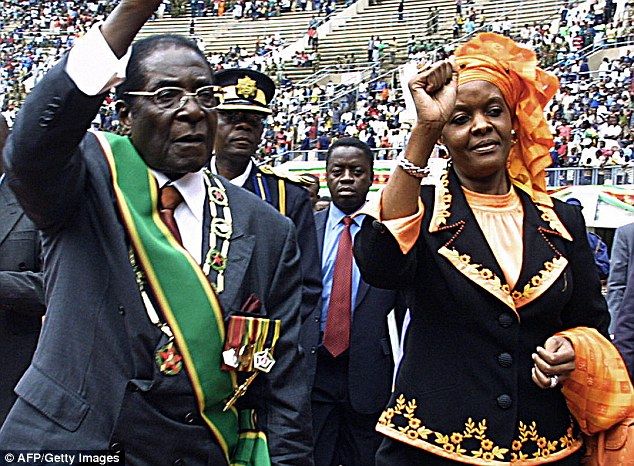 ‘No evidence to back up Mugabe’s claim’However, independent researchers have cast doubt on Mugabe’s $15 billion figure.

Zimbabwe journalist Nelson Banya said in a piece for ZimFact this week that there was ‘no evidence to back up Mugabe’s claim, which has been taken up and repeated by media, politicians and civil society groups.’

Wrote Banya: “To reach the level of earnings claimed by Mugabe…. Zimbabwe would have produced an average 40 million carats annually, output which could not go unnoticed in the industry, given its impact on global supply.”