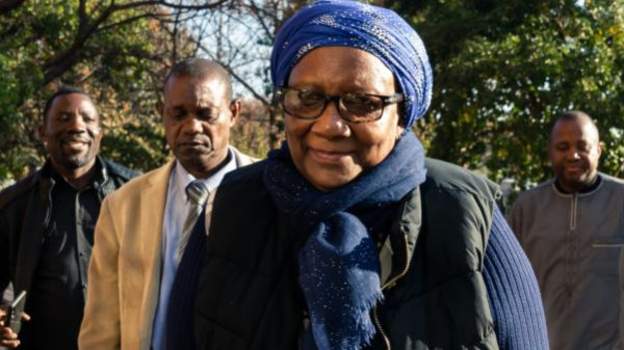 Zimbabwe’s President Emmerson Mnangagwa has fired Tourism Minister Prisca Mupfumira “for conduct inappropriate for a minister of government” after her arrest over the disappearance of millions of dollars from the country’s pension fund.

The country’s anti-corruption commission alleges the money went missing during her time as minister of labour and social welfare.

She was charged with the misuse of about $94m (£77m) from the state’s National Social Security Authority.

The BBC’s Shingai Nyoka in the capital, Harare, says for years there have been accusations that officials have enriched themselves through the social security scheme, while giving very little to pensioners.

According the AFP news agency, Ms Mupfumira was sacked as social welfare minister by Robert Mugabe weeks before he was forced to resign as president by the military in November 2017.

She was appointed to the tourism ministry by his successor, President Mnangagwa – and is the first serving minister of his administration to be arrested.

Did you find apk for android? You can find new Free Android Games and apps.
Sharing is caring:
Uncategorised Comments Off on Zimbabwe minister fired over missing pension millions ($94m) Print this News

Around Dozen Soldiers Killed in Another Burkina Faso Attack – Reports