Wikipedia’s Article of the Day September 6, 2019: Effects of Hurricane Isabel in Delaware 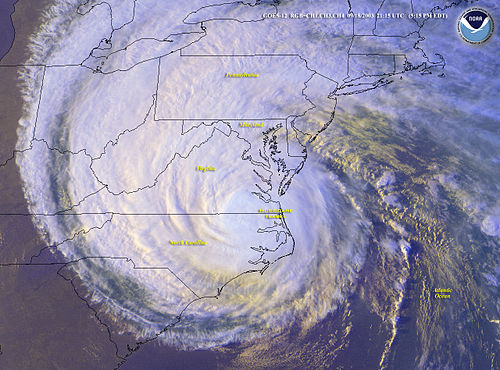 Effects of Hurricane Isabel in Delaware

The effects of Hurricane Isabel in Delaware were compounded by flooding from the remnants of Tropical Storm Henri days before and resulted in a presidential disaster declaration for the U.S. state. Hurricane Isabel formed on September 6, 2003, in the tropical Atlantic Ocean and reached recorded peak winds of 165 mph (265 km/h) on September 11.

It made landfall on the Outer Banks of North Carolina with recorded winds of 105 mph (165 km/h) on September 18. It quickly weakened over land and became extratropical over Pennsylvania the next day. Roughly six million people were left without electric service in the eastern United States from its strong winds.

Sixteen deaths in seven states were directly related to the hurricane, with 35 deaths in six states and one Canadian province indirectly related, though none in Delaware. Overall damage totalled about $5.5 billion, of which $40 million was associated with Delaware.

Wikipedia article of the day for October 23, 2020 William Cragh

Wikipedia article of the day for October 23, 2020 William Cragh