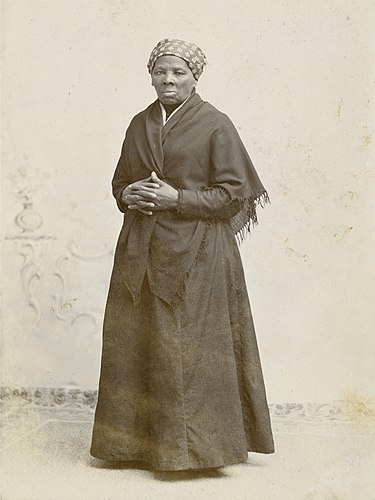 Harriet Tubman (1822–1913) was an African-American abolitionist and political activist. Born into slavery, Tubman escaped in 1849, then returned 13 times to rescue approximately 70 of her enslaved family and friends.

Traveling by night, she used a network of antislavery activists and safe houses known as the Underground Railroad. After the Fugitive Slave Act of 1850 was passed, she helped fugitives go farther north into British North America, and helped newly freed slaves find work.
Tubman met John Brown in 1858, and helped him plan and recruit for his 1859 raid on Harpers Ferry. When the Civil War began, she worked for the Union Army, first as a cook and nurse, and then as an armed scout and spy.
The first woman to lead an armed expedition in the war, she guided the raid at Combahee Ferry, which liberated more than 700 slaves. Later in life she was an activist for women’s suffrage. After her death, she was celebrated as an American icon.

Theatre: How Britain is facing up to its hidden slavery history (PHOTOS)