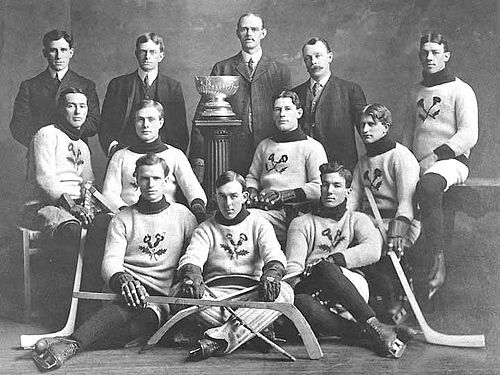 The Kenora Thistles were an ice hockey team founded in 1894 in Kenora, Ontario, Canada. The team competed for Canada’s Stanley Cup five times between 1903 and 1907, winning it in January 1907 and defending it once. They lost it in a challenge series two months later, the shortest length of time that any team has possessed the Cup.

They joined the Manitoba Hockey Association in 1902, winning the league championship in three of their six seasons. After an economic downturn in 1907, they were unable to sustain their success as professionalism came to ice hockey, and the team disbanded in 1908.

« Wikipedia’s Article of the Day December 13, 2019: Kenora Thistles (Previous News)
(Next News) Why I’m going off the vegetarian diet »