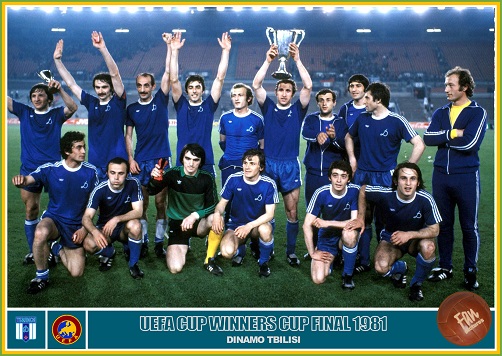 It was the final of the 1980–81 season of European cup competition, the UEFA Cup. Both Ipswich and AZ ’67 were appearing in their first European cup final. Watched by a crowd of 27,532 on 6 May at Ipswich’s home ground, Portman Road (pictured), Ipswich won the first leg 3–0; John Wark, Frans Thijssen and Paul Mariner scored. In the second leg at the Olympic Stadium in Amsterdam on 20 May, a crowd of 28,500 watched Ipswich take an early lead courtesy of a Thijssen goal.
AZ ’67 quickly equalised through Kurt Welzl before taking the lead after a goal from Johnny Metgod. Wark scored again for Ipswich to equalise the leg, but AZ ’67 struck back through Pier Tol and Jos Jonker. Ipswich won the final 5–4 on aggregate to win their first and, as of 2020, only European trophy.