WHY MUSEVENI IS SILENT ON DISASTERS IN BUDUDA AND BUNDIBUGYO 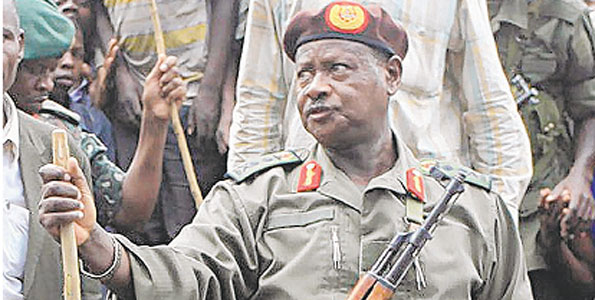 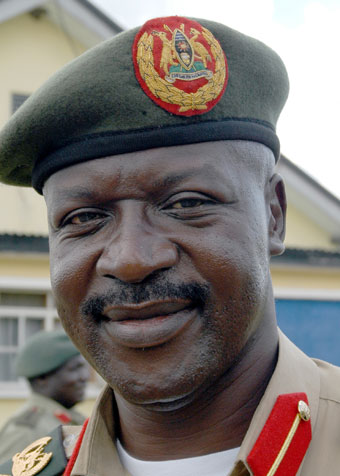 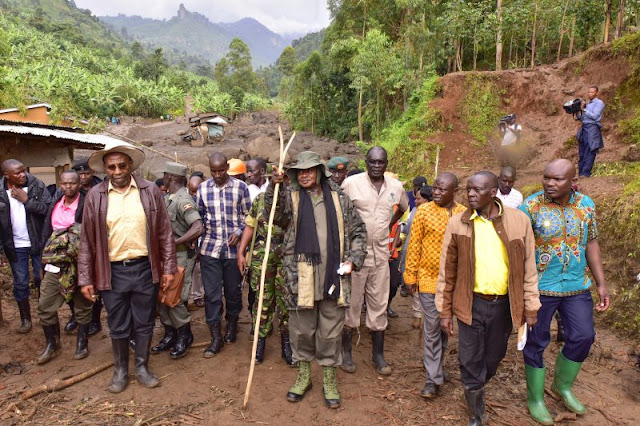 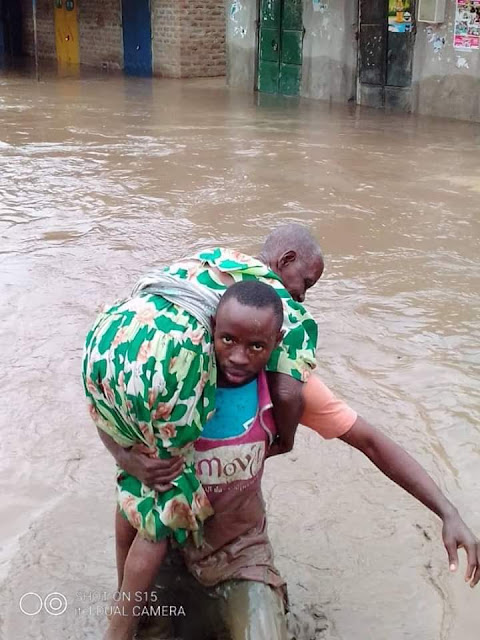 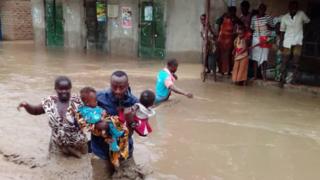 CHANGE OF GUARDS – For about a week now, the people of Bundibugyo and Bududa are living amidst a climatic catastrophe involving mudslides and floods.  Lives have been lost, property was either swept away or buried underground, bridges destroyed and tens of thousands displaced. In both places, locals are seen using handheld hoes to dig through the dangerous muddy debris in search of their loved ones. The Uganda Red Cross is trying to offer some help in terms of ambulance, blankets and kitchen ware.  Some Individual elective politicians are seen offering food aid.

Of great concern is the fact that the entire government infrastructure is missing in the current rescue efforts. In Bududa, the Minister of State for Disaster Preparedness, Musa Echweru was seen helplessly stuck with his two billion shillings emergency fund from the government. The immediate needs of the victims is not cash donations but logistical backup to help retrieve the remains of their loved ones, evacuation, and emergency fixing of damaged physical infrastructure. In functioning states, the army and other specialized agencies would be at the forefront of emergency efforts in the affected areas. Instead, the world witnessed only a Game Ranger carrying women and children on his back to navigate the floods in Bundibugyo.

In the case of Bugisu subregion, the mudslides have become routine.

In March 2010, Museveni physically turned up at the site of the devastating mud slides in eastern Uganda, in full military dress and with a gun slung on his neck. The event drew wide attention, with international news agencies and TV news anchors noting the president’s “odd” decision to turn out at the scene with an “automatic rifle.” Consequently, the government resettled hundreds of Bududa landslide survivors to the district of Kiryandongo, about 400 kilometres away. But many returned, citing ancestral links and the need for more fertile land.

In October 2014, the government established a National Emergency Coordination and Operations Centre (NECOC) located in the Office of the Prime Minister  (OPM). The core function f NECOC is to provide timely and early warning information on disasters, climate modelling and forecasting, and also help coordinate emergency responses. The 24-hour hub which was launched by the Vice President, Kiwanuka Ssekandi, featured state of the art equipment, and paved the way for gathering, and sharing critical early warning information within relevant government ministries and to the public, particularly those communities that were likely to be affected by disasters.

The United Nations Development Programme (UNDP) provided the technical and financial support required for the establishment and operationalization of the centre, including the equipment and installation of the modelling and communication systems. The UNDP went ahead to declare UN’s commitment to supporting the Government of Uganda to empowering communities to be able to withstand, adapt, recover, and transform from disasters and preserve their integrity and dignity. The Uganda NECOC became the third such centre in Africa with the other two located in Ethiopia and South Africa.

In December 2015,  with UNDP’s support, over 600 male and female soldiers were trained on the fundamentals of disaster risk reduction, civil-military cooperation, the management of mass casualties, incident command systems, search and rescue, human rights in disasters and the practical applications of ICTs.  During the pass out parade of the last batch of 200 soldiers to complete the intensive programme, the UNDP Resident Representative disclosed that the trained and equipped officers had been deployed to high-risk areas for landslides and floods across the country, ready to provide on-the-ground support to local administrations and communities. The UNDP also extended support to all 112 District Disaster Management Committees to meet their obligations under the National Policy for Disaster Preparedness and Response.

The Ministry of Disaster Preparedness & Management has the following core objectives:
1. Enhance the Country’s capacity to contain and minimize the effects of disasters
2. Address disaster vulnerabilities of the community and alleviate human suffering from disasters
3. Prevent, mitigate and prepare the country against disasters
4. Guide government Disaster Preparedness and Management
5. Maintain a national warehouse for food and non-food items and procure relief..

In 2007, Gen. Julius Oketta was seconded to the Office of the Prime Minister where he took up appointment as director of the national emergency coordination and operations centre (NECOC).  In 2013, the Secretary General of the United Nations endorsed Maj. Gen. Oketta to join the advisory group of the United Nations Central Emergency Response Fund (CERF).  In 2014, he was nominated to join the African Union (AU) humanitarian mission to Liberia following the Ebola outbreak in West Africa. At the launch of Operation Wealth Creation (OWC) in 2015, Oketta was appointed as the programme’s second in command. In November 2016, Gen. Oketta died and the Office of the Prime Minister – Uganda tweeted:
“@OPMUganda
Maj Gen. Julius Oketta has passed on. Served Head National Emergency Coordination Operations Center NECOC. Lord comfort strengthen family.”

In October 2018, disaster hit Bugisu subregion once again and Museveni apologised for not having relocated people since the previous landslide disasters, blaming local politicians and vowed to make sure they acted quickly that time around. An official statement said at-risk communities would “immediately” begin moving to a new 2,868-acre plot marked out for them 60 kilometres to the north, in the neighbouring district of Bulambuli. Museveni also paid his condolences to the people of Suume village in Bukalasi Sub-County, Bududa District who lost their loved ones in the October landslide that swept some areas and left a score of people dead.

In November 2018, the Minister of Disaster Preparedness, Musa Echweru issued a statement to the effect that with effect from the following financial year, beginning in July 2019, the government was to relocate 10,000 people per year until it resettles the entire target population of 100,000. The resettlement process was expected to last 10 years.  He said:
“All persons at risk will be resettled, and the places they will have vacated will be planted with trees for environment protection and eco-tourism.”

Now, disaster has hit again and the government seems not to be doing anything. Therefore, Ugandans should interrogate as to what happened to the UNDP facilitated NECOC under the OPM and the 600 soldiers who were trained. Could it be that just like other donor funded schemes, it was just meant to tap into the UNDP funding.? You may recall the controversy that surrounded Gen. Oketta’s abrupt death.

The total silence and absence by Museveni and company in the current crisis is premised on three issues. They don’t have the capacity for emergency response, they view the disaster as God sent in order to tap into the consequential donor funding and the security forces are busy focusing on military preparedness for attacking Rwanda.

Otherwise, where is the recently created Mountain Division to help flood hit Bundibugyo?

INFORMATION IS POWER AND TJE PROBLEM OF UGANDA IS MUSEVENISM