WHY MUSEVENI CAN ALLOW PARLIAMENT TO OPERATE A RADIO STATION 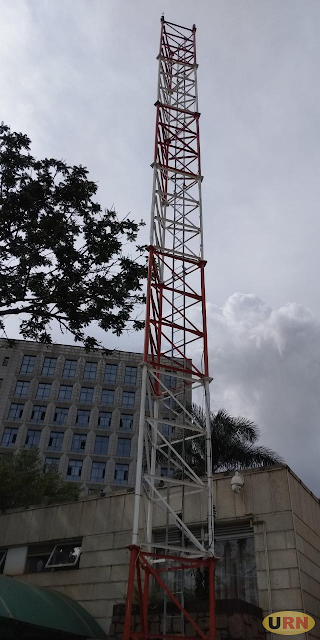 CHANGE OF GUARDS – Uganda’s communist military dictatorship prides itself in controlling the flow of information. It is in this regard that it has always curtailed the flow of information on parliamentary proceedings and other legislative activities. Live coverage of parliamentary proceedings is restricted to the state controlled Uganda Broadcasting Corporation (UBC). Even the private media practitioners who are accredited to cover parliament are curtailed and in most cases compromised. At one time, the regime sought to impose a requirement of a Bachelor’s Degree and three years experience for Journalists covering Parliament. Even the live coverage by UBC is subject to occasional technical disruptions, more especially whenever controversial issues are under debate.

By March 2019, Parliament had fully set up its FM radion station housed within the premisses of the parliamentary building. It was intended to communicate the business of the House and was expected to cover several parts of the country. At the time, according to the Speaker, the station was fully set up to start running test signals before it could officially be operationalized. Addressing the plenary, the Speaker said that it was good news for parliament since it won’t have trouble with people denying parliament media space and where parliament is misrepresented before calling on MPs to be ready to use the station.

Although Parliament had wanted a 3KW transmitter, the communications regulatory authority (UCC) restricted the power to 1KW. UCC argued that the FM band in central region was congested. UCC sought to allocate Parliament 98.0 FM – a frequency that had been hosting the national broadcaster’s, UBC RED channel, which covers Kampala and the central region. The development set in motion a series of negotiations over frequency allocation. Although UCC and UBC initially wanted Parliament to convey its programs through UBC, Parliament was against the proposal. They wanted to own the channel and manage the entire process of production and the content.

Both UCC and UBC argued that Parliament would generate the content that would be hosted on the UBC red channel. UCC further argued that the channel would be completely dedicated to Parliament and there would not be any interference with Parliament.  UBC’s Executive Director Winston Agaba said that the frequency could not be given out to Parliament, but a partnership would be established where parliament would pay an agreed amount of money to UBC for the cost of running the programs. However, ten months down the road, the operation of the radio station has not been realized.

During the recent end of year press conference, Speaker Kadaga lamented that Parliament had “been having a lot of trouble” in getting a frequency for the radio. Kadaga is, however, optimistic that the designated Minister for ICT, Judith Nabakooba and Deputy, Peter Ogwang will fast track acquisition of the frequency for the Parliament Radio. Kadaga further disclosed that she had also asked the office of the Auditor General to carry out an audit on radio frequencies because some are not in use. However, the UCC Executive Director, Eng. Godfrey Mutabazi says Parliament will have to wait longer to get a radio frequency in Kampala. In a phone call, Mutabazi told Uganda Radio Network (URN) that the fastest way for parliament to get a frequency is under the arrangement of getting the UBC channel. He further argued that UCC cannot allocate a frequency in Kampala due to technical reasons including the risk of interference.

Therefore, there is no available frequency for a new radio station in Kampala, unless Parliament can ” find an idle one”, according to Mutabazi. He sarcastically said that UCC is also eager to get findings from the Auditor General on the frequencies.

With total destruction of all institutions of government that are on their knees, it is only Parliament that is seemingly trying to stand up though it is limping. This is because of the resoluteness of the office of the Speaker. It is against this background that the Speaker of Parliament initiated the establishment of a Parliamentary Radio Station. Therefore, the executive is deliberately not in favor of the establishment of a radio station for Parliament. It will do everything within its mandate to frustrate the project. Even when it will succumb to pressure and allow the radio to become operational, UCC will ensure deliberate technical disruption.

Did you find apk for android? You can find new Free Android Games and apps.
Sharing is caring:
ucc, politics, UGANDA, ubc Uganda, UBC, UCC, Politics Comments Off on WHY MUSEVENI CAN ALLOW PARLIAMENT TO OPERATE A RADIO STATION Print this News

« A Wintry Poem: “White-Eyes” by Mary Oliver (Previous News)
(Next News) Regulating the Movement of Grazing Reindeer in the North »