Why Kiswahili should be kept off Uganda’s formal education system 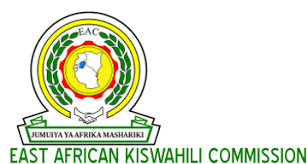 WHY KISWAHILI SHOULD BE KEPT OFF UGANDA’S FORMAL EDUCATION SYSTEM

CHANGE OF GUARDS – Museveni’s cabinet has approved the establishment of the Uganda National Kiswahili Council. The establishment of the council is in line with the wider scheme to formally promote the use of Kiswahili language in Uganda.  Despite its absence in the country, the 1996 Constitution identifies Kiswahili as the second official language in Uganda.  Article 137 (2) of the East African Community Treaty recommends that for ease of integration, Kiswahili should be developed as the lingua franca of member states.  For over a decade, Museveni has, for sinister motives, been attempting to impose Kiswahili on Ugandans.  Much as throughout the same period, Kiswahili has been one of the language subjects taught in primary and secondary school, it has not taken root.

In 2018, Kenya established the Kiswahili Council but for historical reasons, the same language is deeply rooted in a big part of its society.  Besides, despite centuries of Kiswahili in Kenya, the country has never condemned the use of indigenous languages and the English language.  If the introduction of Kiswahili in Uganda is so necessary, then it should take the Kenyan model where Kiswahili is used alongside English and indigenous languages.  In fact Kenya’s Kiswahili Council will be redundant because for centuries Kiswahili has naturally been established in the country and has even spilled over to Somalia, Sudan and Uganda’s border areas of Tororo, Malaba, Busia, Mbale and Sebei.  On the contrary, the communities along Uganda’s southern border with Tanzania, Rakai and Isingiro have not adopted the Kiswahili language.  There is some level of use of the Kiswahili language in Kasese and Arua – courtesy of Kilembe Mines and proximity to Congo respectively.

Therefore, if the introduction of Kiswahili in Uganda is meant to undermine the growth of the indigenous languages, to replace the English language and to suffocate tribal identity in favour of the ease of integration of immigrants, then it should be fought to the last.  However, efforts to promote the growth of Kiswahili language in Uganda outside the education curriculum should be encouraged.  Moreover, with free cross border movement of the people of East Africa, Kiswahili will naturally be developed in Uganda as opposed to imposition for sinister motives.  The day Kiswahili will become the medium of teaching in schools will mark the end of quality education in Uganda.

INFORMATION IS POWER AND THE PROBLEM OF POWER IS MUSEVENISM

Did you find apk for android? You can find new Free Android Games and apps.
Sharing is caring:
museveni, education, EAC, UGANDA, Swahili, Kiswahili Uganda, Museveni, EAC, Swahili, Kiswahili, Education Comments Off on Why Kiswahili should be kept off Uganda’s formal education system Print this News

« NTVUganda has added Government has no money for you – President Museveni tells crime preventers video (Previous News)
(Next News) UGANDA: What is in a name??? »