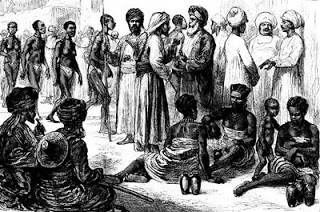 CHANGE OF GUARDS – Some traditional African chiefs and kings that ran the different Chiefdoms and Kingdoms who resisted European colonialism have been bashed as the pioneers of African nationalism.  They are the likes of Kabalega and Mwanga in Bunyoro Kitara and Buganda kingdoms, Chiefs Mirambo of the Nyamwezi, Mkwawa in Iringa and Kinjikitile Ngwale of the Maji Maji rebellion in present day Tanzania. The likes of Nzwangendaba and others have all been applauded for resisting the European colonialists.  However, it has never been laid bare as to why the same leaders of native Africans never even dared to resist the Arab slave traders.

Prior to the emergence of Europeans on the African continent, the Arab traders from the Middle East and North Africa had already penetrated the black African territory in search of ivory and slaves.   In particular, the Arabs from Oman who had settled in Zanzibar and the coast of East Africa in the 17th Century had penetrated the interior of the the Great lakes Region as far as Congo and the Zambezi in the southern region in search of ivory and slaves.  They established a major slave market in Zanzibar and other trading centres along the East African coast.  Before setting off for the interior, the Arab traders would load big amounts of beads, cotton cloths, mirrors, muskets and gunpowder.  On their expeditions into the interior, the Arab traders would use cotton cloth and beads to buy their way through hostile territories and to exchange for ivory from native chiefs.

Traditionally, African tribes and their chiefs would attack each other and the victors would take away captives including women and children.  Since they had no prisons to keep the captives, they would share them for slavery and in some instances sell them to other willing buyers.  It is this preexisting culture of slavery among different native African tribes and chiefdoms that made it easy for the Arab slave traders to purchase slaves.  In some instances, the Arab slave traders would directly side with one community against another in return for purchasing captives.   The biggest medium of exchange was the musket which gave superior firepower to rival chiefs.

The European explorers like David Livingstone witnessed firsthand the horrific atrocities, evils and misery inflicted on native Africans by Arab slave traders and their collaborating African chiefs.  The horrifying reports of these European Explorers were picked up by the British, William MacKinnon and others who impressed it upon the British government to take action.  In 1789, the British Parliament initiated a bill for the abolition of slave trade.  After suffering a number of setbacks, the bill was finally made into law in 1807.  The British government and the Church Missionary Society (CMS) took up the role of enforcement it in all its dominions and African in particular.  The East African Squadron under the British Consul in Zanzibar took care of the East African coastal waters.  It was not until 1945 when an agreement was signed with the Sultan of Zanzibar that slave trade in the great lakes region and the Indian Ocean was brought to a total halt.

Shortly after, European colonisation and the spread of Christianity was rolled out.  It came with civilisation, improved health, education, plantation agriculture etc.  The living conditions of native Africans drastically improved.  Their population which had been on the verge of depletion owing to slave trade, tribal wars, starvation and disease started to pick up.  However, the native African leaders – Chiefs and Kings who had been benefiting from slave trade lost influence and power to carry out atrocities against their neighbours for economic gain.  Some of them as seen above, organised rebellions against the colonialists.  They were defeated by the colonialists but 60 – 70 years later, a new model of traditional black African leaders emerged distinguished as independence nationalists. The colonialists were accused of mistreatment, economic exploitation, plunder of resources, and mismanagement.

In most colonial territories, the colonialists just gave in and left the Africans to govern themselves. They didn’t take with them the plantations, the bridges, the dams, the hospitals, the schools, the airports, the railways, the natural resources, and other scheme that they had helped to develop.  It didn’t take long before the post independence ‘chiefs’ reverted to slavery.  Their subjects were subjected to worse oppression and whatever foundation which had been laid by the so-called European colonialists were destroyed.  Out of shame for their failures, the African leaders coined excuses like neocolonialism.  However, without shame, they repeatedly beg for all forms of aid from the same so-called former colonial masters, imperialists and neocolonialists to sustain their hold onto power.  If the leading anti slavery advocate, David Livingstone was an agent of imperialism, then what was the leading Arab slave trader, Tippu Tip!!!

Just like the precolonial native African chiefs, they can’t dare condemn the Arab slave trade whose everlasting effect is more visible.  On the contrary, petitioning the former colonial masters by specific native African tribes for compensation over the alleged atrocities during colonial era is very common.  No mention is made of petitioning the Arab world; not even condemning them for the atrocities by Arab slave traders. It is only Libya’s Ghadafi who publicly spoke about the Arab Slave Trade and apologized on behalf of the Arab world for the same.  Instead, members of the oligarchy own companies that are involved in selling black African youths into slavery in the Middle East and other Gulf countries under the cover of labour export.  What these labourers are going through in the Middle East is not different from what their forefathers and mothers were subjected to during the slave trade. 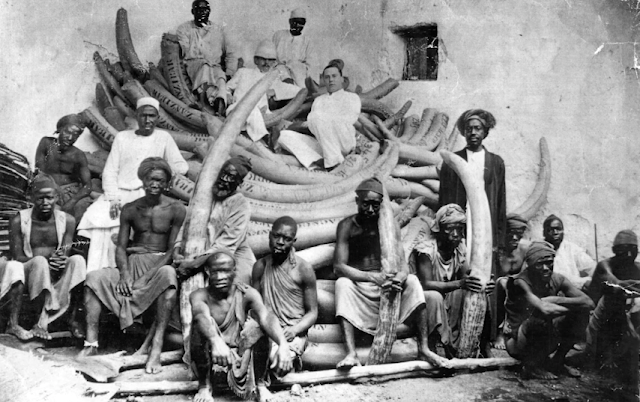 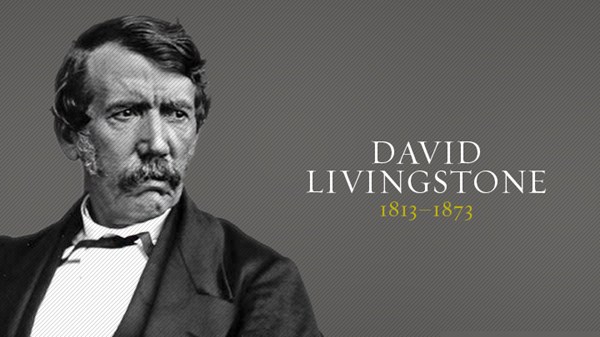 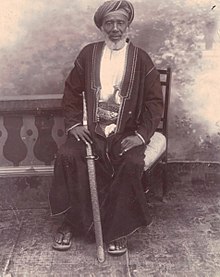 UGANDA: WHY MUSEVENI MINIMIZED HIS ELECTION RIGGING IN BUGANDA REGION

Uganda: Declaration by the High Representative on behalf of the European Union on the elections – EU BACKTRACKS