WHO ARE THE FOREIGNERS THAT ARE WORKING WITH UGANDA’S OPPOSITION??? 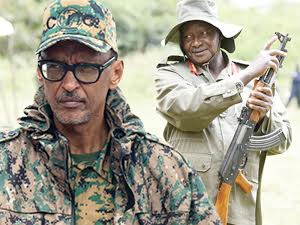 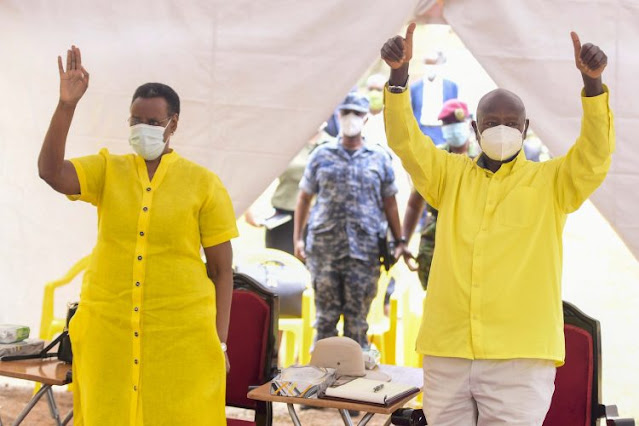 “I am a candidate, but as you know I am also President, and as President I hear a lot of things.  I have been hearing that some people want to go and do stupid things.  But I want to assure them that no one will disrupt this process.  Anyone who tries will regret because we don’t play.  We fought to bring peace in this nation.  No one is better than us in fighting.  We hear that these stupid people are working with foreigners.  No foreigner will cause chaos here.  You will bring death to yourself for no reason.”

Immediately after he was nominated for the January 2021 General Elections as Presidential Candidate, Uganda’s military dictator issued the following threats to his fellow contenders. Those rhetorics of alleged foreign involvement in opposition efforts to dislodge him from power have now become his trademark scare tactic.  Two months ago in August he wrote a long missive where he claimed that foreigners were behind the NUP/People Power political agenda;

“First of all, Zaake and a few others are a misguided group being used by foreigners to destabilise Uganda and for many months now…..One person died outside the hotel (Arua fracas -2018) in mysterious circumstances. These groups have been in collusion with foreign enemies to infiltrate groups with guns to kill demonstrators and say that government is the one killing them. We are patiently following up those. You remember the Piki Piki raiding killers that killed Abiriga, Kirumira, Kigundu etc? We have defeated them and we shall unearth them. Greetings to you foreign backers who fear a strong Uganda. Too bad for them.”

Obviously, he was referring to Rwanda with whom he has had a sustained diplomatic strain for close to three years now.  In March 2019, he issued a stern warning to Rwanda;

“Those who want to destabilise our country do not know our capacity. Once we mobilise, you can’t survive.”

On March 10, 2019, Museveni wrote to his Rwandan counterpart, saying Kigali was meddling in Uganda’s internal affairs.

“What is wrong is for Rwanda agents to try to operate behind the Government of Uganda.  I get a lot of stories; but I will never raise them unless I have confirmed them.”

The alleged involvement of Rwanda in Museveni’s electoral process dates to 2001 when he alleged that Rwanda had financially supported the then independent opposition candidate Dr. kizza Besigye.  Rwanda was even formally declared a hostile country – a status that has never been formally lifted.  One of the candidates in the current presidential race, Gen. Tumukunde is facing concocted treasonous charges arising out of his public statement that Rwanda ought to support regime change in Uganda.

Obviously, its a bumper harvest season for his intelligence outfits who concoct intelligence to do with Rwanda for consumption by their paranoiac Commander-In-Chief (CIC) in return for heavy funding.  On the other hand, having built capacity to suppress all forms of internal dissent, he is mindful that the only threat to his life presidency is an external force just as was the case with Tanzania and Iddi Amin.  That is why he is allegedly working hard to cause regime change in Kigali through support to its dissident armed groups.  As to why Rwanda’s alleged 20 years hostility has never been actualised, let alone succeeding in dislodging the Museveni regime, your guess is as good as mine.  As Museveni contends, either Rwanda is very weak to make an impact or the Museveni Regime is too strong for Rwanda.

INFORMATION IS POWER ABD THE PROBLEM OF UGANDA IS MUSEVENISM

Did you find apk for android? You can find new Free Android Games and apps.
Sharing is caring:
museveni, kagame, politics, UGANDA, rwanda Uganda, Kagame, Museveni, Rwanda, Politics Comments Off on WHO ARE THE FOREIGNERS THAT ARE WORKING WITH UGANDA’S OPPOSITION??? Print this News

« WHO ARE THE FOREIGNERS THAT ARE WORKING WITH UGANDA’S OPPOSITION??? (Previous News)
(Next News) Ethiopia reshuffles top officials as Tigray conflict grows »