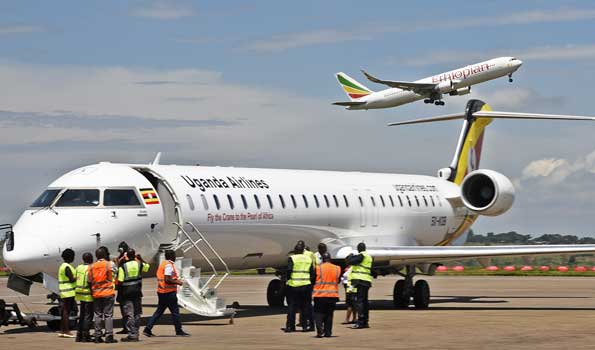 CHANGE OF GUARDS – From 1997 to 2003 Museveni’s army occupied the territory of eastern and north eastern DRC up to the banks of River Congo.   The initial occupation was ostensibly at the invitation of the government of DRC.  However, in August 1998 the government of DRC ordered all foreign troops to leave its territory.  Uganda did not comply but instead, its army continued to aggressively operate in DRC up to 2003.

In June 2009 the government of DRC lodged a suit before the International Court of Justice (ICJ) at the Hague.  The suit was based on Uganda’s alleged abuse of human rights, illegal engagement in military operations, providing logistical and financial support to armed groups and the plundering of natural resources.  During the hearing, Uganda claimed that its continued occupation of DRC had been in self defence against ‘negative forces’ based in eastern DRC.

On its part, DRC relied on the overwhelming evidence that was contained in among other sources, the Justice Porter Commission findings that implicated top government and military officials in the plunder of natural resources.  The said commission had earlier been set up by Museveni to hoodwink the international community and his defence team had attached the same report on their pleadings in defence.

In 2005 Uganda lost the case and was ordered to pay a US $ 10b in reparations to DRC.  Uganda protested the amount of reparation prompting the ICJ to order the two parties to come together and come up with a figure that is agreeable to both.  Since then, Uganda has been playing delaying tactics in the hope that DRC would give up on the matter.  In this regard discussions could not make any headway.  Uganda arrogantly believes that it should not pay and resolved never to pay.

In July 2015 DRC filed a fresh application seeking an order for Uganda to pay up.  In December 2016, both parties retuned to court and Uganda asked for 16 months to translate volumes of DRC’s documents written in French.  Court awarded them more time to negotiate and fixed February 2018 for submissions of the outcome of negotiations.  On the part of Uganda, the usual delaying tactics were adopted.  Instead, Uganda concentrated on improving bilateral and diplomatic relations with DRC.  Unfortunately, as time goes by, the initial award of US $ 10b accumulates interest and the more the delay, the more it surges.

The matter still stands and will obviously not be brushed aside any how.  DRC is using the issue as a bar to Museveni’s military aggression while Museveni is using the delaying tactic.  To strengthen its position, DRC may run out of patience and resort to compelling Uganda to pay up the reparation.  This can be done by way of.seeking a court order to attach Uganda’s property.   In the event of such an order, the most vulnerable government property would be government property that are located abroad.

During the Iddi Amin regime, government acquired very valuable properties in foreign capitals.  In Mombasa, Dar Es Salaam, Adis Ababa, Brussels, London, Abuja, Otawa, New York and other places, the government owned prime plots of land and structures.  Though some of these properties have not survived the ongoing carnage by the Museveni regime, still some property still exist abroad.

DRC could seize such properties but the most vulnerable are the fleet of planes that are under the newly revived Uganda Airlines.

Did you find apk for android? You can find new Free Android Games and apps.
Sharing is caring:
business, UGANDA, DR Congo Uganda, Business, DR Congo Comments Off on When DRC seized a Uganda Airlines plane Print this News