Vodacom and MTN are ripping off data customers 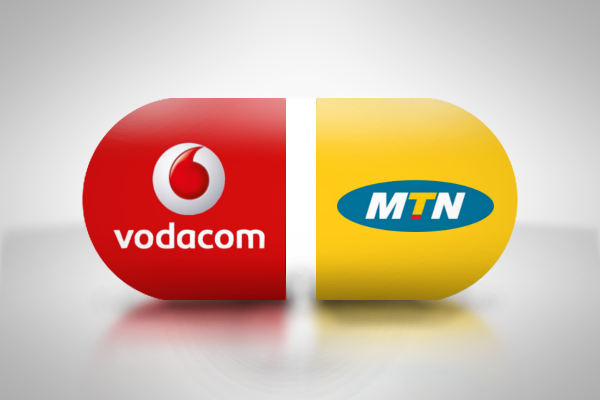 Vodacom and MTN are ripping off data customers, the Competition Commission says. Here’s why it thinks they stay anyway.

After a long-running inquiry into the data market, the Commission this week said it will demand “immediate reductions on tariff levels, especially prepaid monthly bundles” from the two giants, and believes these could be in the region of 30% to 50%.

But though they long had the market to themselves, Vodacom and MTN are no longer the only game in town. Struggling operator Cell C has attempted to compete with them on price, and Telkom has introduced aggressive mobile data deals. There are also wireless service providers, fibre-to-the-home providers, and other ways to get online without paying what the Competition Commission believes to be outrageously high prices.

Why, then, would those customers stay to be ripped off?

Here’s why the Competition Commission thinks South Africans stick around to be ripped off by Vodacom and MTN’s too-high data prices:

‘Poor decisions’ based on complex pricing – which could get worse with personalised prices.

Vodacom and MTN take advantage of their customers through “overly complex pricing structures” that reduces their ability to compare prices across the market, and this “allows them to benefit from consumers making poor decisions around which options are best for them, including which operator to subscribe to.”

“Complex pricing structures can discourage consumers researching the best price (incl. across operators), resulting in consumers sticking to what they are familiar with even if it is inferior, or making judgement errors by switching to ultimately inferior options,” the Competition Commission says in its findings.

The regulator adds that it finds a move towards personalised pricing for data “extremely concerning” in this context.

(In one quarter this year, Vodacom reported its average price per MB of data had declined by 17.1% because it was selling a lot of bundles personalised around the actual patterns of use of its customers – to their benefit.)

The two big operators have the money to roll out new technology.

Vodacom and MTN have “a considerable advantage in rolling out new technologies and services relative to the challenger networks” such as Cell C because they have money, the Competition Commission says.

While smaller – and less profitable – operators have to raise debt to roll out new technology, Vodacom and MTN can do so just by retaining some of their earnings, the Commission says, while still paying out shareholder dividends.

Cell C’s financial troubles show exactly that kind of trouble, the Commission holds, as does the fact that Telkom Mobile “is still having to fund new infrastructure with debt”.

“This places the smaller networks at a disadvantage in providing the same subscriber coverage and network quality,” it says.

Poor people don’t have access to Rain or Telkom’s LTE.

The competition commission says Vodacom and MTN use strategies that “exploit the lack of alternative data services to poorer consumers” such as data-only network Rain and Telkom’s fixed-wireless LTE service, which are typically available in urban areas.

The two big operators do this by “exploitative price discrimination and partitioning strategies” that see big data users on contracts – who can typically use those alternatives – pay far lower rates for their data than do the pre-paid users who buy small amounts of data at a time.

Municipalities and ‘business forums’ are holding back fibre, and cheap or even free wifi.

The Competition Commission was apparently surprised by the number of big internet pipes that run past low-income areas, and believes this shows that alternatives to mobile data – such as paid-for or sponsored wifi services or fibre-to-the-home – could give Vodacom and MTN real competition.

The only problem is the “last mile”, the connection between the big internet pipes and individual users. And the problem there is municipalities.

“The pricing, processing and practice of attaching certain conditions to wayleave applications [granting the right to lay down fibre or put up wifi antennas] by municipalities can make the deployment of infrastructure economically unfeasible,” the Commission says.

“It seems that many municipalities see this as a form of revenue generation and impose unreasonably high prices for wayleaves (or impose conditions) whilst others are incapable of processing them expeditiously. In some areas this is further complicated by business forums which seek to extract the 30% set aside for local historically disadvantaged businesses.”

Did you find apk for android? You can find new Free Android Games and apps.
Sharing is caring:
business, Telecom, MTN, Vodacom, Data Telecom, Data, MTN, Vodacom, Business Comments Off on Vodacom and MTN are ripping off data customers Print this News