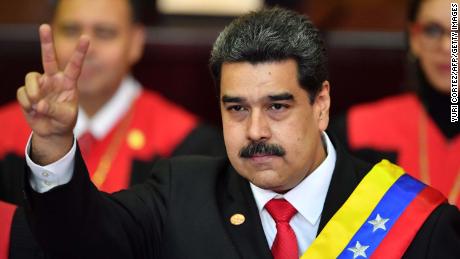 On December 3, the United States identified six PDVSA-owned vessels, pursuant to E.O. 13884 or 13850, being used by the former Maduro regime to ship oil to Cuba.  In addition, the Esperanza was identified as the new name for the vessel previously named the Nedas, which was blocked on April 12, 2019.  These actions block the efforts by the Cuban and former Maduro regimes to evade sanctions that are intended to prevent the theft of Venezuela’s natural resources for corrupt purposes.

While the Venezuelan people continue to take to the streets to demand basic services and a return to freedom and prosperity, Maduro chooses to ship a vital natural resource to Cuba in exchange for Cuban security and intelligence services that preserve his influence in Venezuela.  Cuba continues to prop up Nicolas Maduro, subverting the Venezuelan people’s right to self-determination and undermining Venezuelan institutions.

The United States will continue to promote accountability for Cuba’s actions in Venezuela.  The United States is steadfast in its support for the people of Venezuela, interim President Juan Guaido, and the democratically elected National Assembly.