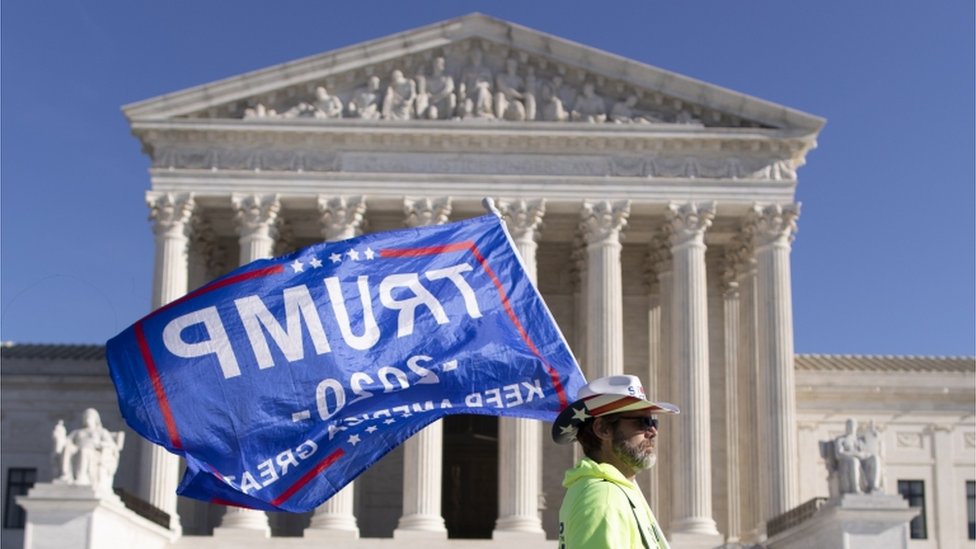 By BBC
Published5 minutes ago

The US Supreme Court has rejected an unprecedented attempt to throw out election results in four battleground states that was backed by President Donald Trump.

The lawsuit, filed this week by the state of Texas, sought to invalidate results in Georgia, Michigan, Pennsylvania and Wisconsin.

The lawsuit was supported by 19 state attorneys general and 127 Republican members of Congress.

President Trump has made repeated unsubstantiated claims that “illegal votes” cost him re-election.

The Supreme Court ruled that Texas did not have legal standing to bring the case, in a brief order rejecting the bid.