The 217-213 vote sends the American Health Care Act to the Senate, where it has little chance of being passed in its current form by fellow Republicans spooked by reports the plan would cause millions to lose health insurance. Twenty Republicans voted against the bill, and no Democrats backed it.

As the House was voting, several key GOP senators including Roy Blunt of Missouri said the Senate will write its own substitute version instead of taking up the House bill.

Trump wrote on Twitter that he was watching the floor debate shortly before the vote.

“What protection is Obamacare if there is no health care plan to purchase in your state?” House Speaker Paul Ryan said, referring to insurance companies’ decisions to drop coverage in some states. “We can put this collapsing law behind us and this failed experiment. ” 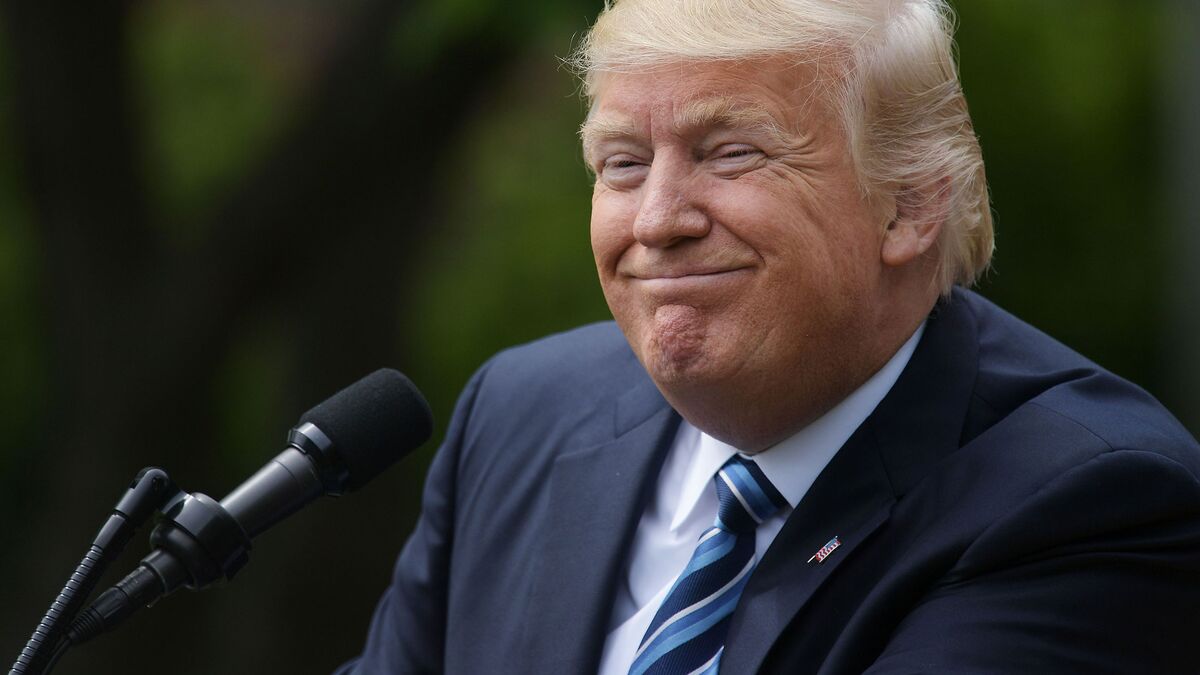 Minority Leader Nancy Pelosi said the measure’s tax cuts would create a massive transfer of wealth from working families to the rich. Addressing moderate Republicans in a fiery floor speech, she said that if they vote for the bill, “You have every provision of this bill tattooed to your forehead. You will glow in the dark on this one.”

House GOP leaders and Trump lobbied members furiously, with the president summoning holdouts to meetings at the White House. Leaders agreed to revise the bill to attract conservatives who thought the plan didn’t go far enough to gut Obamacare, as well as moderates worried about harming people with pre-existing conditions. Ryan pleaded with fellow Republicans during a closed-door meeting this week to pray about the measure.

Six weeks earlier, Republicans suffered an embarrassing setback when Ryan had to abruptly cancel a vote on the bill amid opposition from the party’s conservative and moderate wings. Ryan and Trump initially said they were giving up for the time being, but the White House soon resumed pressuring for a vote as Trump neared his 100th day in office.

Voters have confronted lawmakers at town hall meetings across the U.S. in recent weeks with concerns about losing health insurance under the GOP plan, giving some moderate Republican lawmakers jitters about backing the measure.

The Republican measure would repeal a key piece of former President Barack Obama’s Affordable Care Act — the requirement that individuals get health insurance and that most employers provide it to their workers. It would wind down an expansion of Medicaid insurance for the poor and eliminate $1 trillion in taxes on the wealthy, insurers and drugmakers used to fund the law.

Republicans say their plan would allow a market-based system that would let people make more health-coverage decisions for themselves. It would replace Obamacare subsidies with tax credits based primarily on age that phase out for people with incomes above $75,000.

An amendment that gained crucial support for the bill from the conservative House Freedom Caucus lets states get waivers from some of Obamacare’s consumer protections. States could allow insurers to charge higher premiums to people with pre-existing conditions if they’ve had a gap in coverage as long as the state provides people priced out of commercial insurance with assistance, such as a so-called high-risk pool. States also could get waivers from a requirement that insurers provide health benefits deemed essential, such as maternity care.

House leaders gained the last few votes from reticent moderates this week by agreeing to another $8 billion over five years for the high-risk pools.

Health organizations and patient-advocacy groups almost uniformly oppose the Republican proposal. American Medical Association President Andrew Gurman said in a statement that “millions of Americans will lose their health insurance as a direct result of this proposal.” AARP, the senior citizens’ lobby, said the $8 billion added to the measure to fund care for people with pre-existing conditions was a “giveaway to insurance companies.”

About 27 percent of adults have a pre-existing condition like cancer or heart disease that insurers refused to cover before Obamacare, said Larry Levitt, senior vice president for special initiatives at the Kaiser Family Foundation. “There are millions with pre-existing conditions,” he said.

The earlier version of the Republicans’ bill would cause 24 million people to lose health insurance in 2026, according to a report by the nonpartisan Congressional Budget Office, which didn’t have time to produce an updated analysis before the House vote.

“What did the majority do in the last six weeks? They made the bill worse,” said Representative Diana DeGette, a Colorado Democrat, during floor debate. “My Republican colleagues are going to be really, really sorry that they rushed this bill to the floor before they got the amended CBO score.”

Republican senators have said they won’t vote on the plan to repeal Obamacare until they have an updated CBO analysis.

Part of Ryan’s argument for urgency in Thursday’s vote is his repeated assertion that Obamacare is collapsing. While insurers including Aetna Inc., UnitedHealth Group Inc. and Humana Inc. have pulled out of the individual market in some states, part of that decision stems from uncertainty about the future of the Affordable Care Act as Republicans seek to dismantle that law.

Rural areas have been the first to lose options. In this year’s open-enrollment period, one-third of all counties — including all of Alaska, Wyoming, Oklahoma, Alabama and South Carolina — had just one insurer. More densely populated counties, especially where the marketplace is run by states, have more insurance options, according to data compiled by Bloomberg from Obamacare marketplaces.

Insurers, who say eliminating the tax on their industry will bring down premiums, will now ask the Senate to boost financial assistance to entice younger, healthier people and help older Americans maintain coverage. They’re also seeking more Medicaid funding and are concerned a new formula for the federal-state program might fall short.

Shares of hospital companies, such as Tenet Healthcare Corp. and Community Health Systems Inc., are expected to be hit by the bill’s phase-out of the Medicaid expansion. Before Obamacare, hospitals had to provide more uncompensated care, a funding gap that had been narrowing as more people had coverage.

The House also sought to move quickly for legislative reasons. Republicans intend for the repeal of Obamacare taxes to give them a lower baseline to cut individual and corporate rate in the tax overhaul they promised voters later this year.

“It’s quite obvious that this bill was written by Republicans that didn’t care about health care and wanted to move on to tax reform,” said Michael Cannon, director of health-policy studies at the conservative Cato Institute.

The bill will need major surgery in the Senate to become law, even though Republicans who control the chamber 52-48 are using a procedure that would bar a Democratic filibuster and allow the GOP to enact the measure with a simple majority vote.

Senators including Shelley Moore Capito of West Virginia and Rob Portman of Ohio are demanding changes to Medicaid provisions to protect states like theirs that chose to expand the program for low-income people under Obamacare.

Senators Susan Collins of Maine, Bill Cassidy of Louisiana, Tom Cotton of Arkansas, Lisa Murkowski of Alaska and Cory Gardner of Colorado are among those who have expressed concern or outright opposition to the House bill.

“I can’t go for that,” Collins said, referring to charging people more if they have pre-existing conditions. She said she would need assurances that high-risk pools would be adequately funded.

Cassidy and Collins are pushing a different framework that would keep the Obamacare taxes and allow states to keep the Affordable Care Act largely in place if they prefer, or move to a more market-based system.

On the conservative side, Senator Rand Paul of Kentucky has said he doesn’t like the House bill’s plan to maintain some subsidies to insurance companies.

Republican Representative Dave Brat of Virginia, a Freedom Caucus member who decided to back the bill with the amendment letting states let insurers charge higher prices for pre-existing conditions, warned that the Senate can’t make any changes to the bill and keep House conservatives on board.

“Not at all, none,” he said of any Senate adjustments. “It’s about time they got a dose of medicine. They better not change it one iota.”

Did you find apk for android? You can find new Free Android Games and apps.
Sharing is caring:
affordable care act, trump, obamacare, gop, medicare World News Comments Off on US repeals Obamacare Print this News