US reopens embassy in Somalia nearly 3 decades after leaving 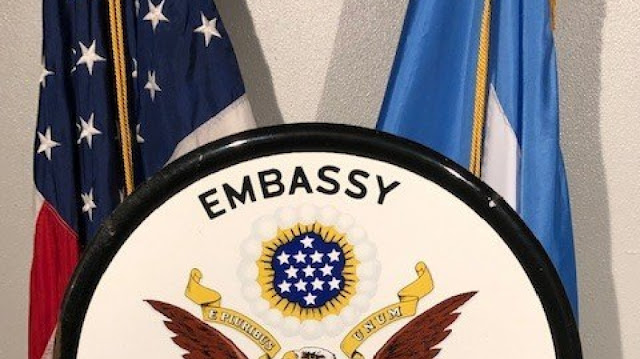 MOGADISHU, Somalia (AP) — The United States says it has reopened its embassy in Somalia nearly three decades after the country collapsed into civil war and the U.S. military airlifted the ambassador to safety.

Al-Shabab on Monday attempted to storm the Belidogle military airstrip in southern Somalia that hosts Somali and U.S. forces and is used to launch drones that attack al-Shabab targets. The U.S. military says it has carried out 54 airstrikes against al-Shabab and a local Islamic State affiliate this year.

The U.S. Embassy in Mogadishu had closed in 1991. The U.S. formally recognized Somalia’s new federal government in 2013 but had based its diplomatic mission in neighboring Kenya.

Did you find apk for android? You can find new Free Android Games and apps.
Sharing is caring:
US, somalia, africa Africa, US, Somalia Comments Off on US reopens embassy in Somalia nearly 3 decades after leaving Print this News

AP Explains: Why US troop cuts in Africa would cause alarm