US jails Rwandan for hiding genocide involvement from immigration

A Rwandan man who hid his involvement in the 1994 genocide has been sentenced to eight years in jail.

Jean Leonard Teganya committed “the most serious form of immigration fraud” by “lying about his status as a war criminal to win asylum,” US Attorney Andrew E Lelling said in a statement.

Teganya denies that he was involved in the genocide.

But prosecutors in the US said Teganya participated in at least seven murders and five rapes during that time.

Although Teganya’s charge and sentencing was for immigration fraud, not his activities during the genocide, the case proved a challenge for the judge.

Federal prosecutors in Boston said they would have sought a life term had the sentencing been for murder and rape, Reuters news agency reports.

Journalist and election observer Elizabeth Blunt says there are parallels with the case of Tom Woewiyu, the former spokesman of Liberian warlord Charles Taylor who was found guilty of immigration fraud in the US for lying about his role in his country’s civil war.
Skip Twitter post by @BluntSpeaking

‘Killings behind the maternity ward’

Teganya, now 47, was a medical student in Rwanda at the time of the genocide and was accused of leading teams of soldiers around a hospital and identifying Tutsi patients, the US statement says.

“Once discovered, the Tutsis were taken and killed behind the maternity ward,” it adds.

During the genocide, Hutu extremists were targeting members of the minority Tutsi community, as well as their political opponents, irrespective of their ethnic origin.

Teganya fled Rwanda in 1994 and ended up in Canada where he applied for asylum. But the authorities turned down his claim because of his alleged involvement in the genocide.

He then avoided deportation and went to the US where he was detained. In his application for asylum in the US he did not disclose his activities during the genocide, the US government says. 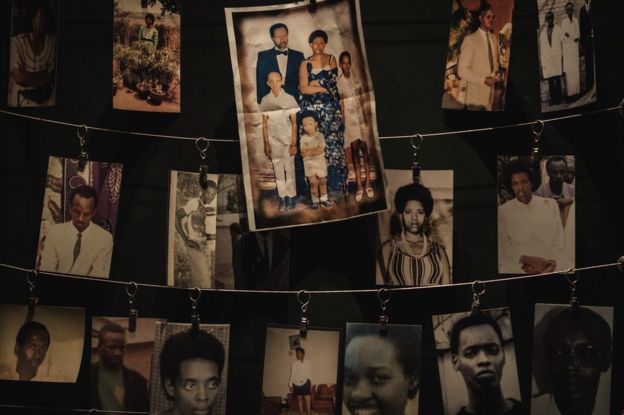 Teganya is expected to appeal against the judgement, Reuters news agency reports.

His lawyer argued that he had fled Rwanda because as a Hutu, he feared being accused of involvement in the genocide under the new Tutsi-dominated government. He also described Teganya in court documents as a religious father of two who has led a “quiet and unassuming life” over the past 25 years, according to AP news agency.

Once his sentence is complete, Teganya is likely to be deported from the US.

Did you find apk for android? You can find new Free Android Games and apps.
Sharing is caring:
genocide, rwanda Genocide, Rwanda Comments Off on US jails Rwandan for hiding genocide involvement from immigration Print this News

« US jails Rwandan for hiding genocide involvement from immigration (Previous News)
(Next News) UGANDA: Govt told to pay $6,700 for a dead man police killed in custody »

UGANDA: Free Bobi Wine protests: could this be a signal to Museveni’s fall?

Want create site? Find Free WordPress Themes and plugins. By Our Reporter who is basedRead More