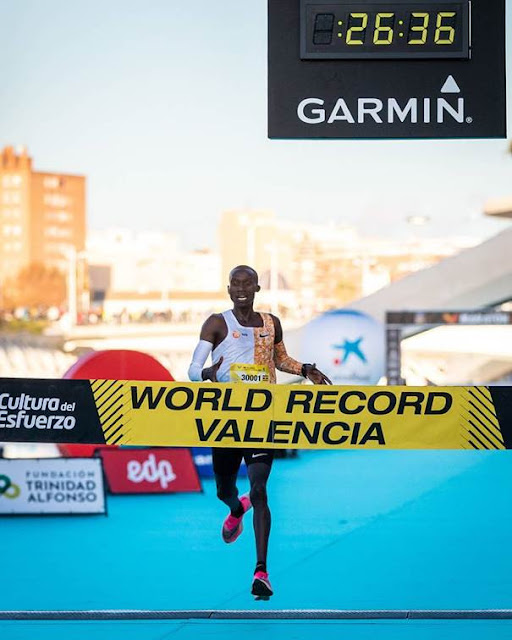 VALENCIA, Spain (AP) – Joshua Cheptegei has broken the world record in a 10km road race in Valencia on Sunday.

The Ugandan set a time of 26 minutes, 38 seconds – six seconds faster than the previous record held by Kenya’s Patrick Komon since 2010.

Cheptegei was coming off world titles in cross country and track events this season.

Cheptegei overtook his pacemakers before the halfway point and was on his own the rest of the race in the eastern Spanish city.

“World cross champion in Denmark, 10,000-meter world champion in Doha and now the world record here in Valencia. What a year it has been,” the 23-year-old Cheptegei said, according to the IAAF. “I can’t believe it! I knew that Valencia was going to be a really fast course, one of the fastest in the world. So to get to achieve what we came here for is something really special.”

Did you find apk for android? You can find new Free Android Games and apps.
Sharing is caring:
UGANDA, Sports Uganda, Sports Comments Off on Uganda’s Cheptegei breaks world record in 10-kilometer race Print this News