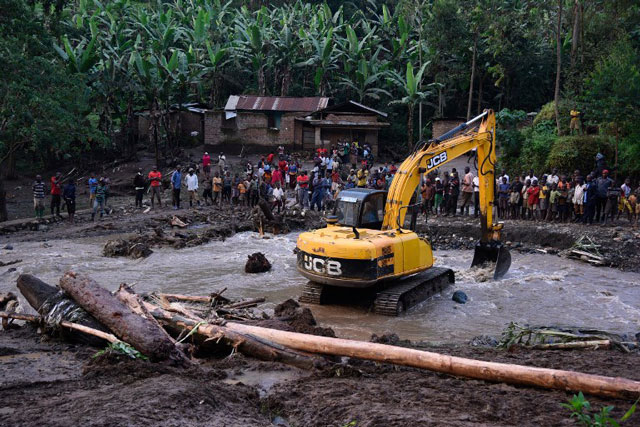 X-FILES FROM THE VILLAGE –  Season II

You see, Kharende insists that he does not dilute his milk with water to multiply the quantity but everyone knows that his one cow produces 4 cups of milk but he sells 7 cups everyday and remains with 3 cups for himself. On many occasions, he has sold milk to people and they find in it woyako. Woyako are young toads/frogs and they breed in the stream near Kharende’s house. In defense, Kharende has always maintained that the young toads in the milk is as a result of his cow drinking the woyakos through water from the stream. But everyone knows that it is not possible; or else we would have milk with grass in it.

Tuesday
But Kharende is wise; he says grass comes out with dung while the water taken by the cow comes out in form of milk.

Wednesday
Kharende’s nickname is tyuwu-tyuwu and no one actually knows his church name-if he has any. We all call him Kharende tyuwu-tyuwu. From where the nickname came, not a person knows but probably Mzee Walumbe knows but how do you even start asking Walumbe? It is a blasphemy for us to publicly refer to elders by their nicknames. But there is also Wolungawu who sells mulokonyi, when you dance and sing for him, be sure that he will reward you with a bone.

Thursday
But Kharende tyuwu-tyuwu does not only supply people with diluted milk, he also cheats his balaalo (herdsmen). On the day when he is supposed to pay wages to the herds men, he awaits for the mulaalo to come from the bush with the cattle and he starts a fight with his wives.

When Kharende starts this fight, it goes on until the herdsmen intervene to quell the fight. From there, the herder can’t demand for the wages but instead sympathises with Kharende as they head to Nabalayo’s shirekere for an evening of waragi/inguli which we call imandure.

Friday
Even with his behavior, we did not expect Kharende to lose Towaalo, the last of his herdsmen. He is rumored to have come from Kenya with nowhere to go. He slept in kharende’s compound and was now part of the household. Nothing much was known of Towaalo apart from the fact that he had come from Kenya. Then one day, army men came to our village asking for Kharende’s home. This meant trouble but who dare not be seen to be helpful to the army men???

We showed them and went into hiding. The next thing we knew, Kharende’s whole family was seized for hiding a fugitive and after a great deal of beating to all, Towaalo accepted to be hiding the gun and he took the soldiers to a Bush from where he dug and revealed the gun. We don’t know what happened with Towaalo after he was taken but since then, a great mistrust grew amongst the community of the strangers that we referred to as “Bamuuli”.

Saturday
Since then, Kharende has been personally taking care of his cattle. It is an explanation as to why his herd kept reducing. Many times, Kharende would head to Manafa with 20 cows and return with 19. If a cow dared him, you just know that it won’t return home the next day. He would sell it from the bush. But also he did this to avoid being accountable to his wives, especially Umukhamunyu.

Sunday
One day, after spending time in Manafa with his cattle, Kharende returned home and Umukhamunyu served him with bufukke (mashed potatoes, cassava and beans). Since Kharende was too hungry, he expressly ate two plates, after which he could not breathe, talk or walk. Umukhamunyu called from the kitchen, “O Kharende”, Umukhamunyu called but to no reply. She called again and asked “can I give you more bufukke?” She asked but Kharende replied with a whistling. It is after this that Umukhamunyu understood that her husband had eaten too much to talk. She took her husband to the bush and after over 20 minutes, Kharende returned holding his stomach and asked for drinking water.

Till then we shall keep you posted!