UGANDA: WHY OPPOSITION IS NOT TAPPING INTO DISGRUNTLEMENT IN MUSEVENI’S NRM (photos) 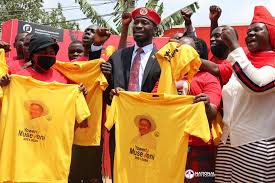 Uganda’s military dictator’s 34 years hold on power is premised on his defacto state party, the NRM.  The NRM was created by his guerrilla army the NRA as its political wing. Upon coming to power 34 years ago, he banned all existing political parties and his NRM became the defacto state party in which, structurally, every Ugandan was presumed to belong. Fifteen years later, when political parties were freed, his NRM had become the state party through the adoption of all state structures. Today, 34 years later, the NRM headquarters is at State House which is the seat of the President. It draws its finance from the state coffers at the Bank of Uganda. On top of the army/intelligence services which is its historical armed wing, it has incorporated the police, Prosecution, Judiciary, Parliament, Prisons and RDCs. With the general population in a kind of hostage situation, the countrywide network of Intelligence operatives (ISO), Police, RDCs, OWC army officers, army units and its CMI operatives form the core of the NRM structures. Forget about the so-called NRM Secretariat, it is this Insecurity Cartel that silences any form of dissent through intimidation, blackmail and outright bribery; curtails opposition activities; determines who is to run for which political office and above all not only decides on the distribution of the national cake but determines the success or failure of private economic activities on the basis of ‘political clarity.’  This is what has come to be known as Mafiarism under the reign of Museveni.

It is against the above background that the recent NRM primaries were characterised by the worst violence and irregularities in NRM’s elections’ history. A total of six people were killed by security personnel, several injured and a lot of property was destroyed. A total of 2,493 candidates contested for carrying the flag for about 550 positions of Members of Parliament and LC 5 Chairpersons. At the close of the polls, 105 incumbent M.Ps and 14 cabinet Ministers had lost. A total of 646 petitions for M.P flag bearers (455) and the lower levels (190) seeking cancellations of results were registered. A few others who had gone to court to challenge the sham electoral exercise were intimidated into withdrawing. The majority of NRM members unanimously believe that the confusion was caused by Museveni’s last minute directive for unregistered party members to be allowed to vote in the primaries.  A few courageous ones, some of whom even won have out-rightly accused Museveni of the chaos on account of the said last minute directive. The shy hypocrites are simply referring to the Mafias within NRM.  In a move to cover-up his role, Museveni had issued an ultimatum for all those involved in fraud and violence to confess in return for amnesty from prosecution but no one responded. He later set up a 20 member Disputes Tribunal of Lawyers to study the petitions but it did nothing to address the grievances. Instead, many have resorted to running as independents.

He has now dispatched his top regime cohorts to different regions of the country with the task of reconciling the warring parties. Despite threats of disciplinary measures after failure of the reconciliation efforts, unfortunately it is not making headway and in some places the envoys have been told point blank that the move is a mockery while in others their meetings have been boycotted. Under the NRM party constitution, Schedule 4, the Code of Conduct prohibits members from campaigning against party official candidates and is punishable by dismissal from the party. The phenomena of independents, more especially at parliamentary level, is not new since past NRM primary elections have always been controversial. In the current Parliament, there is a total of 66 Independent M.Ps who are NRM leaning and arose out of the last 2015 chaotic NRM primaries. However, in March 2019, Museveni’s attempt to block independents in Parliament was humiliatingly defeated. His Presidential Election (Amendment) Bill 2019 and Parliamentary Elections (Amendment) Bill 2019 that sought to require one to have been discharged from the political party where s/he is a registered members 12 months to nomination by the Electoral Commission, were unanimously rejected by Parliament.

Museveni’s attempt at controlling the tenure of elected parliamentarians was first challenged by the so-called Rebel MPs. In 2013, the five Rebel M.Ps of his NRM openly opposed and campaigned against his scheme for sole candidacy for the party presidency.  Museveni expelled them from the party and directed the Speaker of Parliament to declare their seats vacant. The Speaker refused on grounds that the five had not breached any of the 1995 constitutional provision that stipulates how an elected M.P can lose his seat. They petitioned the Constitutional Court which ruled against them. They appealed to the Supreme Court which ruled in their favour. Museveni has and will never forgive Kadaga (Speaker) for having failed his vengeance against the five Rebel M.Ps. During the 2017 constitutional age limit amendment to allow Museveni to contest for the presidency beyond the age of 75, despite the military raid on Parliment, 27 of his party M.Ps vehemently opposed it. Like had been the case with the 2013 Rebel M.Ps, the courage displayed by the 27 M.Ps won public appeal and admiration. Disappointingly, in July 2020, a total of 17 of these M Ps crawled back to Museveni and asked for forgiveness.  They said:

“We are here as your sons and daughters. We request you to forgive us and we move on. When duty calls we are here and ready for deployment. Without your revolution, we wouldn’t be in Parliament. So, thank you for this opportunity and please forgive us.”

This development came at the time the said parliamentarians were seeking endorsement by the party to carry its flag for the 2021 Gerald elections. Obviously, they feared that Museveni would, in retaliation, unleash his coercive machinery (violence and bribery) during the party primaries. It has always been the case and the worst was in the 2006 general elections when a number of those who had been key in opposing his removal of the constitutional term limits were made to lose at the polls. However, unlike now, those early victims would cross over to the opposition and form a formidably uncompromising force. With the successful portrayal of the opposition as enemies of the state, the victims fear being associated in subversion by the ‘enemy’. This is coupled by the calibre of the elected representatives of recent times –  unprincipled,  greedy, compromising, corrupt, opportunists etc. The majority disagree with Museveni’s continued hold on power, gross abuse of human rights, political persecution, militarisation agenda, sectarianism and nepotism but their conscience is betrayed by opportunism.  Above all, since they don’t envisage Museveni and his NRM ever losing power, they prefer entrusting their current and future political and economic survival with opportunistic association with the regime.  That is why it is easy for the ordinary NRM members who have nothing to lose or fear to openly cross over to the opposition. Maybe the opposition should just ignore the so-called ‘big fish’ and focus on winning over the majority of the ‘small fish’. Moreover, the 2015 ‘big fish’ in Amama Mbabazi did not bring along the much needed majority small fish.  No wonder, he ‘rightly’ returned to Museveni and his NRM.

Therefore, in a defacto one party dispensation like is the case with the Museveni regime, there is no opposition to defect to but instead adoption of survival technics in a hostage kind of situation. 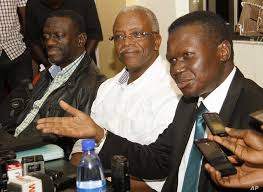 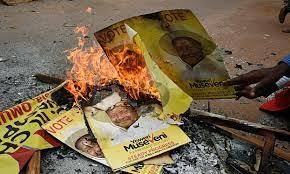 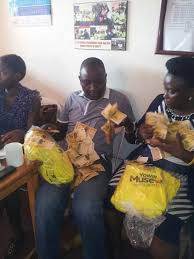 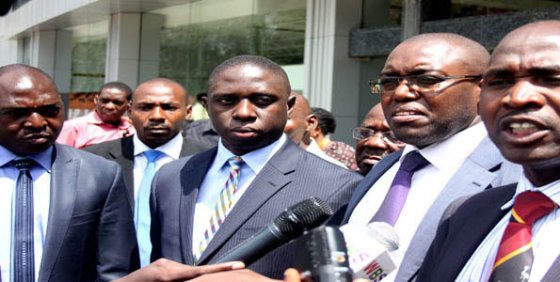 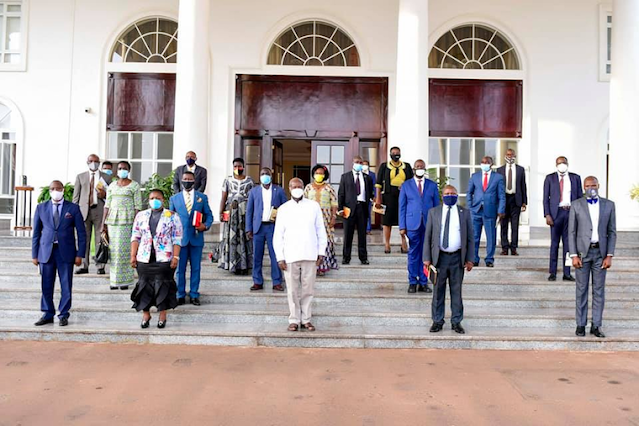 Did you find apk for android? You can find new Free Android Games and apps.
Sharing is caring:
politics, UGANDA, Gallery Uganda, Politics, Gallery Comments Off on UGANDA: WHY OPPOSITION IS NOT TAPPING INTO DISGRUNTLEMENT IN MUSEVENI’S NRM (photos) Print this News