CHANGE OF GUARDS – Gen. (Rtd) Benon Biraro passed away last week and was buried on Sunday February 16, 2020 at his village home in Masha, Isingiro District. Though he hailed from the same village as Gen. Saleh, the latter did not show up anywhere near the burial. A number of his Bush War comrades, notably those who have fallen out of favor with the Museveni regime, gave their eulogies. The likes of Gen. Mugisha Muntu and Col. (Dr.) Kizza Besigye dominated the eulogies with renewed condemnation of Museveni’s deviation from their Bush War Agenda. Obviously, Gen. Biraro, being an ethnic Muhima and who upon retiring from the army contested for the presidency against the supreme leadership of the Bahima, Gen. Museveni made Biraro an outcast within the Bahima circles. Museveni never forgave Biraro for that backstabbing.

There is no doubt that the death of Gen. Biraro, who until his death was a leader of the political opposition, is a big loss to the opposition fraternity and the change seeking Ugandans. The regime realised that the death and funeral of Gen. Biraro was going to be dominated by the opposition and change seeking Ugandans. That is how Museveni sought to overshadow the occasion by offering Biraro a military burial.


“Arthur Tumwiine, a cousin to Biraro has told the press that the army has offered to bury Maj. Gen. Biraro with military respect and honor.

Tumwine said, “The Commander-in-Chief has graciously allowed UPDF to bury the deceased with military honors.”


UPDF spokesperson Brig. Richard Karemire said “there will be an “official eulogy” from the army.
As a Major General, Biraro will get a gun salute and his casket will be carried by the pall-bearers at the rank of Major General.”

Why does it take only Museveni’s personal authorization as to who is to be buried with military honours and not; what is the position of the law or standard practice!!!!

Four years ago, this website predicted that Gen. Biraro would have to pay a heavy price for challenging ‘his King’s’ reign. No wonder, immediately after the February 2016 general election, Biraro kept a low profile. Hopefully, he had been ‘rehabilitated’. 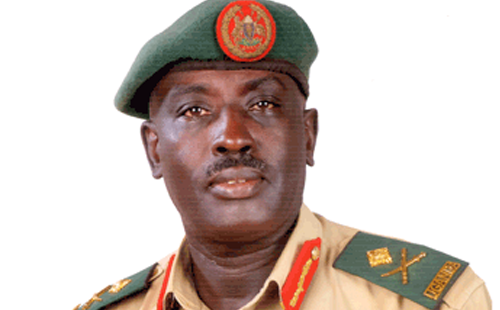 Kipinga is a term that was coined by the Museveni military regime right from the bush days to refer anyone who was opposed to the war and in particular to the ideology of the Chairman of the High Command, Museveni. The term Kipinga is the short form of the term Kipingamizi or Bipingamizi (plural. There has always been external and internal Bipingamizis thus members of the then ruling UPC or the current members of the opposition and the internal dissenters within the NRA/Museveni regime respectively.

The punishment for either category during the bush war was death by the infamous Kafuuni (smashing of the victims’ head) and ever since he took over power, such perpetrators have been ‘sent six feet deep’. Save for the likes of the late Sam Magara and Ssejusa, members of the Bahima ethnic group were the least expected to be Bipingas during the bush war. Even in government, for the last 30 years Museveni has treated the Bahima as the most loyal to his regime thus the reason his 10,000+ strong elite presidential guard unit is dominated by his members of his ethnic group under the command of his own son.
Among the Bahima ethnic community, Museveni has portrayed himself as their God and anyone opposed to him is viewed as Satan. It is worse if such a Kipingamizi is a member of the Bahiima ethnic group as is the case with the likes of Dr. Besigye’s wife, Winnie Byanyima and Gen. Ssejusa who are viewed as outcasts for standing up against Mzee – as he is popularly called.

It is against this background that when Gen. Biraro was easily retired from the army and he declared his intentions to run for the presidency many Ugandans viewed him as a Museveni protégé and his election peg boy in the February 2016 polls. However, during the recently concluded round one of the live presidential debate, Gen. Biraro outshined his critics by proving beyond doubt that he genuinely has fundamental disagreements with dictator Museveni’s style of governance. He articulately brought out his disagreements with Museveni thus:

1. He compared Museveni with a leader who led the Israel out of Egypt and after crossing the Red Sea, he lost direction and led the Israelis back to Egypt. He went ahead to state that the so called revolution lost direction. “This regime has not served the people well. I wouldn’t be here. A lot has gone wrong; misuse of security forces; I have seen it all. What took us to the bush has not been fulfilled. More bushmen (those who fought in the bush war) will come on board.”

2. He clearly stated that after coming to power in 1986, for the last 30 years has been holed in State House and does not know what affects the ordinary civilians in the countryside.

3. He clearly stated that sending army officers to the agricultural NAADs project was a disaster. He added that the move was prompted by the backlog of unemployed army officers in the ministry of Defence whom Museveni does not wish to retire. He wondered if the army will invite the farmers to its rescue in case it faces a crisis!!!

4. He attacked Museveni’s polarisation of the country through creation of more districts which he described as mere political units rather than economically viable units.

5. He emphatically stated that the army should not be in parliament.

6. He revealed that he designed a scheme to tackle poverty in the country and Museveni frustrated it by locking the concept paper away in the drawer until he had to retire from army.

Following this debate and the above disclosures, Gen. Biraro has been rated as a brilliant fellow. However, for the Museveni protégés and sycophants, Gen. Biraro talked ‘nonsense and is a Kipinga. For Museveni, Gen. Biraro pocked his finger into the an….. of a leopard and he will have to pay dearly. Ugandans now understand why Museveni fears to retire army officers. Its remains mysterious if Get. Biraro would have stated those facts had Museveni been present at the debating podium. On the other hand, its such realities that scared Museveni into dodging the debate.

Bravo, Gen. Biraro for defiantly stating facts.
—————————————————————————–
The sympathy from Ugandans across the board over the loss of Gen. Biraro is another worry for Museveni, more especially at a time when most Bush War Generals are detested by the population.

NTVUganda has added INSURANCE SECTOR: Underwriting premiums down by 14% video