UGANDA: Why Museveni’s 20 policemen per sub-country scheme is hypocritical 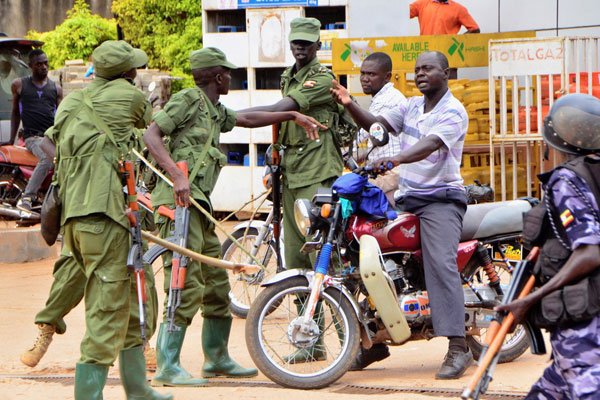 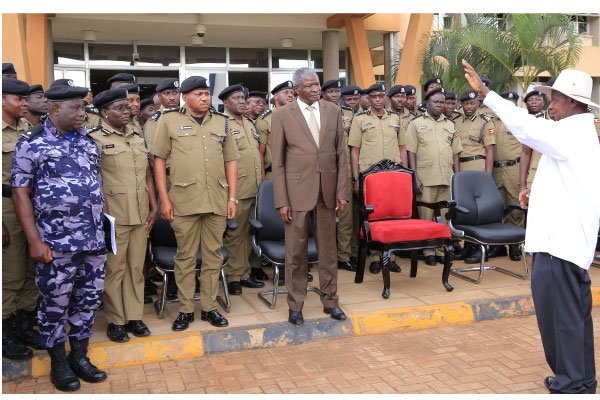 WHY MUSEVENI’S 20 POLICEMEN PER SUB-COUNTY SCHEME IS HYPOCRITICAL

CHANGE OF GUARDS – In another gamble at addressing his failures to guarantee security of life and property, Museveni has directed that at each sub county in the rural areas, 20 police officers for the 1600 sub counties be deployed throughout the country. He hypocritically praised the colonial policing method where a few officers helped to keep law and order in a vast territory.
“The British had a simple plan for police. In my area of Ankole, there was only one police station in Mbarara but at sub-counties there were askaris. The area was big but was being policed through parish chiefs and the sub-county chiefs. The system worked well. These people (British) were managing a large area through skeleton police and it worked well.”

The so-called Askari’s at Sub-counties were called Local Administration Police (LAP) which, though structurally under the then Uganda Police, was a force serving under the Local Government structures from the district down to the sub-country. That was the effective arrangement that was adopted from the British and remained intact throughout the post independence governments. When Museveni came to power in 1986, he adopted a professionally robust police force that had been divided into five directorates:


Administration, Operations, Criminal Investigations, Special Branch and Local Administration Police (LAP).  There was the Criminal Investigations Directorate (CID) that was responsible for detecting, preventing and investigating crime, compiling information on criminals and gathering evidence for use in criminal prosecutions. The Special Branch collected, analyzed and disseminated information on national security in Uganda. The Local Administration Police (LAP), composed of locally recruited officers who had knowledge of local languages and customs and they were responsible for the enforcement of local bylaws and ordinances. Each of the five directorates was commanded by an assistant inspector general of police (AIGP), who reported to the DIGP.

The Police Act 1994 Cap 303
PART VIII created the non existent Local Administration Police (LAP) and under S. 67 it stipulates its structural position:
“……….shall be under the local government system, but matters of standardisation and training shall be the responsibility of the inspector general.”

When Museveni came to power 33 years ago, for evil motives, he embarked on a systematic destruction of whatever political, social and economic progress that had been put in place by the previous governments. The once professionally robust Uganda Police fell victim. He disbanded the strategic Special Branch (SB) and the Local Administration Police (LAP). He went ahead to privatize and militarize the police thus the current force that is grappling with nepotism, brutality, anti-people, unprofessional, agent of crime and highly partisan. Through the proliferation of the different units of the force, its command and control structure has been adversely affected. Currently, it has the following structures – a figure that may rise or fall depending on Museveni’s designs to hold onto power:

The most abused Directorate is that of Operations whereby a number of units are created for different sectors – Minerals, Environment, Fisheries, UNEB, Tourism, Counter Terrorism, VIP Protection, Anti- Riot, Immigration, Aviation, Animal Husbandry, Judiciary, Land, Chinese Investors, KCCA, and others. The proliferation also helps Museveni to use the institution as a conduit for diversion of public financial resources.

Therefore, the new scheme is not meant to improve security of life and property, but to widen the network of the police state scheme. It is an extension of politically motivated brutality by bringing it closer to the people. Having realised that the civil intelligence (ISO) structures are inefficient. Museveni wants to replace the GISO with a CMI officer at the sub country. The CMI officer will be disguised as a Police Officer and that is why he concluded thus;
“They can deploy 20 Police officers for each of the 16,000 sub counties to make it 32,000 officers in total, including the 15 who are in uniform full time, whereas the rest include CID and other officers.”
With general elections around the corner, we shall witness more dramatic gambling with devastating results.

INFORMATION IS POWER AND THE PROBLEM OF UGANDA MUSEVENISM

Did you find apk for android? You can find new Free Android Games and apps.
Sharing is caring:
crime, human rights, politics, UGANDA Uganda, Human Rights, Crime, Politics Comments Off on UGANDA: Why Museveni’s 20 policemen per sub-country scheme is hypocritical Print this News