UGANDA: Why Museveni purports to “withdraw charges” from Hon. Nantaba – @JustinTrudeau Canada is bringing in a potential murderer 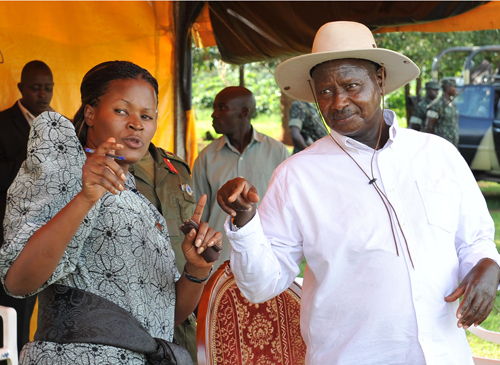 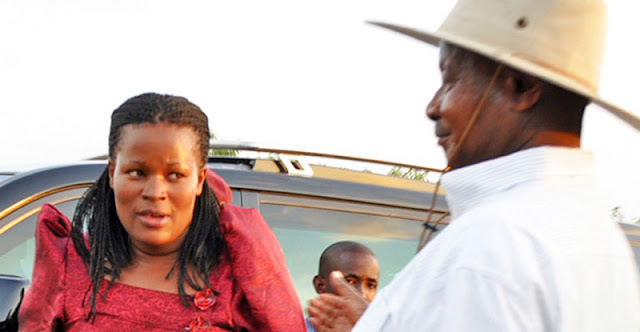 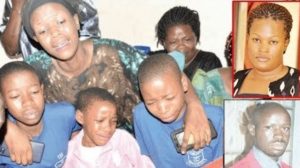 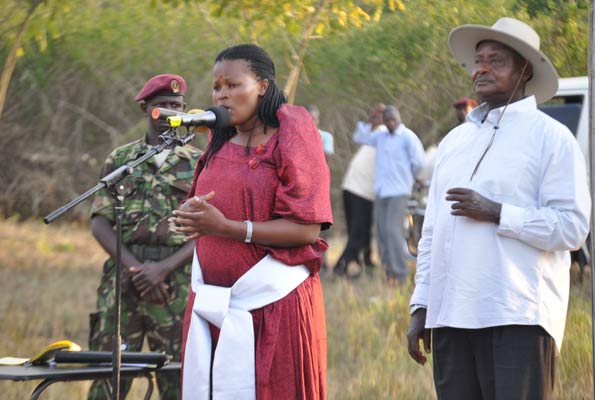 WHY MUSEVENI PURPORTS TO ‘WITHDRAW CHARGES’ FROM HON. NANTABA

CHANGE OF GUARDS – On March 24, 2019 Museveni’s blue eyed cabinet Minister, Hon. Aida Nantaba ordered her army bodyguard to shoot a one Ssebulime who was riding a motorcycle behind her car.  Her bodyguard refused but instead Hon. Nantaba informed the Police about an alleged assassin who was trailing her.  The Police immediately swung into action pursued, intercepted, arrested, handcuffed and bundled Ssebulime on its pickup truck.  A few minutes later, the same police pulled Ssebulime off the truck and shot him dead at close range.

The Police made the usual attempt to cover-up the coldblooded murder by alleging that Ssebulime had been a wrong doer in the company of another armed suspect who had managed to flee.  As it turned out shortly after, Ssebulime had been an innocent young man who at the time was rushing to visit his children at a nearby boarding school.  The police arrested its officers who had murdered Ssebulime but only one, Cpl. Ssali.

However, Hon. Nantaba maintained that the late Ssebulime was a potential assassin who had been hired by her enemies in government.  She supplemented her assertion with an argument that the police had arbitrarily killed Ssebulime on ‘orders from above’ so as to destroy evidence.  Police investigation summoned Hon. Nantaba for an interview but she refused.  She claimed that Museveni had ordered her to keep away from the public domain. She wrote back to police:

“Note however that i am unable to report in person having been directed by His Excellency the President to confine within my premises until he himself instructs otherwise.  In such circumstances, I am constrained to travel to Kibuli CID Headquarters as you requested. But you may in the meantime consider visiting my premises to record the required statement.”

On the advice of the Director of Public Prosecution (DPP), the Police did not only back off the pursuance of Hon. Nantaba, but  dropped the other three police officers who had been in the company of the one who pulled the trigger, Cpl. Ssali who was charged with Murder and remanded.

Around late June 2019, the family of the late Ssebulime filed for private prosecutions against Hon. Aidah Nantaba and the four police officers.  The move was based on the state prosecutorial and law enforcement agencies deliberately undermining the search for justice.

The complainants through their Lawyer informed court that Hon. Nantaba was making preparations to flee the country.  Court issued Criminal Summons for Hon. Nantaba and the other three police officers to appear on July 15, 2019.   Neither the Hon. Minister, nor the three police officers responded to the court’s Criminal Summons.  Later on, the accused Cpl. Ssali recorded an extra judicial statement admitting the murder but interestingly he has never been sentenced.

Since late March 24, 2019, Hon. Nantaba has neither attended Parliament nor been seen in public. Around late July 2019, Parliament raised concerns as to whether Hon. Aida Nantaba was under house arrest.  The Prime Minister informed Parliament that Hon. Nantaba was a free person.  Around the same time, Hon. Nantaba gave an interview to the local Luganda Newspaper, Bukedde in which she re-asserted that a group of Mafias in government comprised of three army generals and one top politician were behind the plot to kill her over her anti-land grabbing stance.

Around Mid last month, Parliament again wanted to know if it was true that Hon.  Nantaba had fled the country to Canada where she was allegedly seeking asylum.  The Prime Minister refuted the claims thus:

“Hon. Nantaba is out of the country officially on duty and I dismiss the information that the whistleblower has intimated. I authorized Nantaba on her request to attend to official duties.”

Most intriguing is that the  development comes at a time when the regime has not come clear over Hon. Nantaba’s alleged seeking of asylum in Canada.  Could it be that by blocking the private prosecution, Museveni is trying t make it easy for Hon. Nantaba to rescind her decision?  A few years ago, another cabinet Minister, Hon. Bakoko Bakoru fled to USA claiming death threats over her stance on corruption.  Just last month, another cabinet Minister, Hon. Anite alleged that powerful mafias in the Museveni regime were plotting to kill her over her stance on corruption.

« Your CV goes through an applicant tracking system (ATS) before humans look at it (Previous News)
(Next News) ENERGY: Oil Report for September 10, 2019 »