UGANDA: Why Museveni is panicky over AMISOM departure 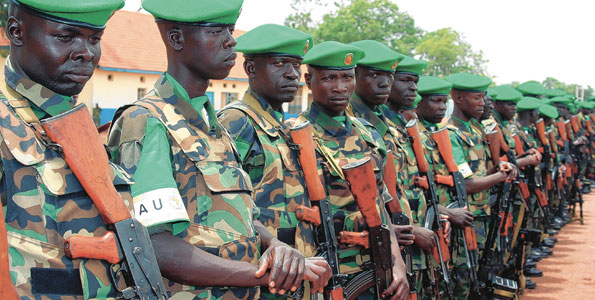 WHY MUSEVENI IS PANICKY OVER AMISOM DEPARTURE

“You say Amisom is going; before AMISOM gets out, all of them (people) will be out. Just expect that. No doubt. You go build bigger walls; bigger fences.  They (refugees) will come (to Europe) in waves. They will come. That’s a sure deal. If AMISOM was to close; even if they hear that AMISOM is going; they will not wait for al Shabaab. They know what will be done to them. They will do like 2010.  It will be worse, because who will wait for al Shabaab to come when they know that you were staying with AMISOM? There will be an exodus. Before AMISOM  leaves, you’ll feel the impact………..Those who will remain; how will they manage the situation? That means we will have to lose ground. It shrinks. That would be handing over to Al Shabaab.”

Since 2007, Museveni has had his army in Somalia under AMISOM.  For the last 12 years, he has used this peace keeping mission as a welfare scheme for his army, a source of foreign exchange for his personal use and to blackmail the West.  However, the AMISOM forces are required to
conduct a gradual handover of security responsibilities to Somali forces, who aim to take the lead by 2021.

This website;
https://ift.tt/2DupzoM has closely covered the Somalia military expedition and here below find some of our previous briefs:

Friday, 27 September 2013
at 11:29
MUSEVENI IS USING THE SOMALI MISSION TO BLACKMAIL THE WEST?

Wednesday, 16 October 2013
at 10:45
MUSEVENI NOT SHOCKED BY HIS PRIVATE ARMY THIEVING IN SOMALIA.

Thursday, 31 August 2017
at 06:28
MUSEVENI IS SMUGGLING SUGAR INTO UGANDA THROUGH SOMALIA –  OGINGA

Therefore,  Museveni and his top cohorts can’t believe that their army can do without AMISOM.  They have launched a vigorous media campaign aimed at creating an impression that once their troops leave, Somalia will slide back to anarchy.   Given the level of despair, it won’t be surprising if we may soon witness an upsurge in attacks by the Al Shabaab.