UGANDA: Why Museveni is more troubled by ‘incitement’ than annoyance 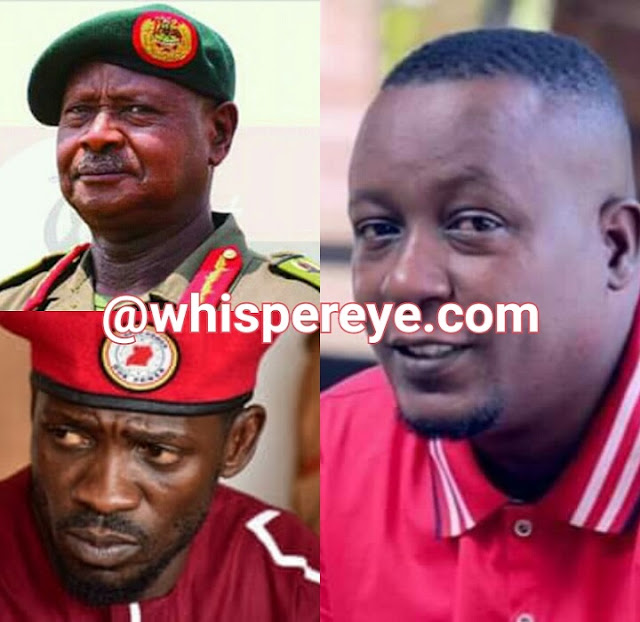 WHY MUSEVENI IS MORE TROUBLED BY ‘INCITEMENT’ THAN ANNOYANCE

CHANGE OF GUARDS – At least 10 people have either been arrested or arraigned in court and charged with annoying Museveni. Former Makerere University research fellow, Dr.Stella Nyanzi is currently waiting for judgment in a matter in which she is accused of annoying Museveni through a post she made on her Facebook page in which she refered to Museveni and his wife as a “pair of buttocks”. The matter is due for Judgment on August 1, 2019 as Dr. Nyanzi continues to languish in prison.

In October 2018, 21-year-old Miss Namata allegedly recorded and circulated a video clip threatening to hit President Museveni with her genitals if he didn’t release Kyadondo East MP Robert Kyagulanyi from prison. She was charged with using her computer to make suggestions or proposals referring to President Museveni as “buttocks”, “feces” and threatened to use her private parts to hit his teeth.

To better understand why Museveni is more troubled by ‘incitement’ more than ‘annoyances’, here below we reproduce an article that this website posted three year ago.

Incitement is was common law offence in England and Wales that consisted of persuading, encouraging, instigating, pressurizing, or threatening so as to cause another to commit a crime. In many legislations, the offence of Incitement could only be proved before courts of law if the following ingredients could be successfully brought:
Mensrea – the alleged inciter must have intended to the others to engage in the behavior constituting the offence.
Acteus reus – the inciter must have reached out and sought to influence the minds of another to commit a crime.

The Oxford dictionary defines incitement as the act of encouraging or stirring up violent or unlawful behavior.
Independent Uganda adopted, maintained and in some cases modified some of these laws because they suited the oppressive post independence oppressive leadership. Uganda’s Penal Code Act S.83 (1) creates the offence of Incitement to Violence. It was abolished in 2008 and replaced with the new offence of encouraging and assisting crime. African dictatorships use different methods and laws to curtail their citizens’ freedom of speech, assembly, expression and association. They enact different draconian legisilations and decrees aimed at suppressing political dissent.

Since coming to power 30 years ago, Uganda’s military dictator has applied different legisilations to suppress the rights and freedoms of Ugandans. When he took over power in 1986, his much cherished Ten Point Program had Unity as the number three priority. Because he knew that he was to run a system based on sectarianism, nepotism, exclusiveness, patronage etc, he immediately enacted the Anti-sectarian law by amending section 41 (1) of the Penal Code Act. This law states thus:
“Any person who prints, publishes, makes or utters any statement or does any act which is likely to;
a) degrade, revile or expose to hatred or contempt;
b) create alienation or despondency of;
c) raise discontent or disaffection amongst or promote in any other way, feelings of ill will or hostility against any group or body of persons on account of religion, tribe, or ethnic or regional origin commits an offence and is liable on conviction to imprisonment for a term not exceeding five years.

The above law is good but the spirit in which it was brought is suspect because it was designed to silence anyone who dared to speak out against acts of sectarianism. Its for the same reasons that it is silent on those who practice broad daylight sectarianism but only criminalizes those who dare to point it out. No wonder, 30 years down the road, no one has ever been convicted of sectarianism save for Hon. Nsubuga Nsambu who was charged for referring to Museveni as a “Mujjananyina” (child who is already fathered by a different man at the time its mother enters a new marriage).

Instead the country is more divided along tribal, regional, religious, selective economic development to the extent that some regions are contemplating secession from Museveni’s Uganda. If anybody dares to point out such injustices, he risks being accused of incitement. The same would apply to whoever dared to question if it was by coincidence that the Spokespersons of the Ministry of Defence and the Ministry of Internal Affairs are Paddy Ankunda and Pamella Ankunda respectively. Someone will argue that its what it means to defeat and replace the Okellos (Tito Okello and Bazilio Okello) of the past regimes.

Museveni’s trademark suppression of political dissent right from the time he took over power against the traditional political parties, DP and UPC for over a decade and now the FDC, is out of the fear that these parties would tell the masses the truth about how he is manipulating and holding them hostage. His restrictions on traditional, religious and civil society institutions is also aimed at the same goal leave alone the suppression of the independent press. By imposing draconian laws to curtail their ctivities, he fears that they will enlighten the masses on rights and freedoms.

Therefore, the offence of Incitement that has been outlawed by civilized societies, is the darling of the Museveni regime just because it is the easiest criminal charge that the regime can prefer with ease to anyone deemed not towing their ideology of manipulating and holding the masses at ransom.
INFORMATION IS POWER
———————————————-
From the a foregoing, it can be concluded that the charges of ‘annoying the President’ and ‘incitement’ are Museveni’s weapons of suppressing political dissent and freedom of expression. He very well understands that some of the bold obscene attacks on his personality are a reflection of the deep resentment that is brewing in the minds of oppressed citizens. 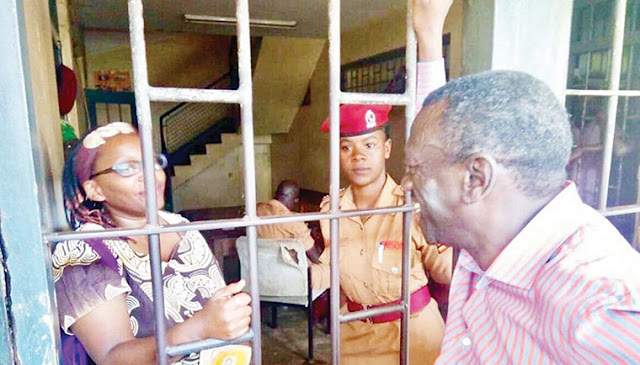 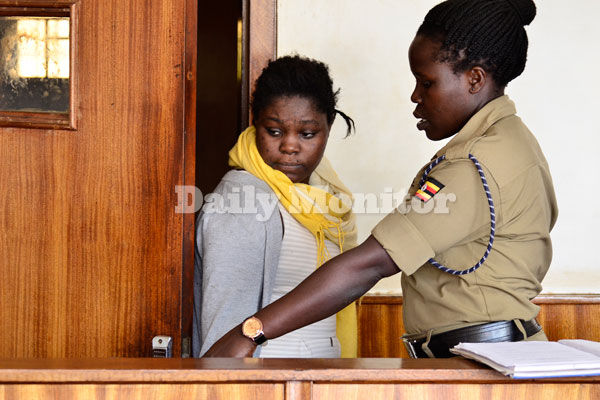 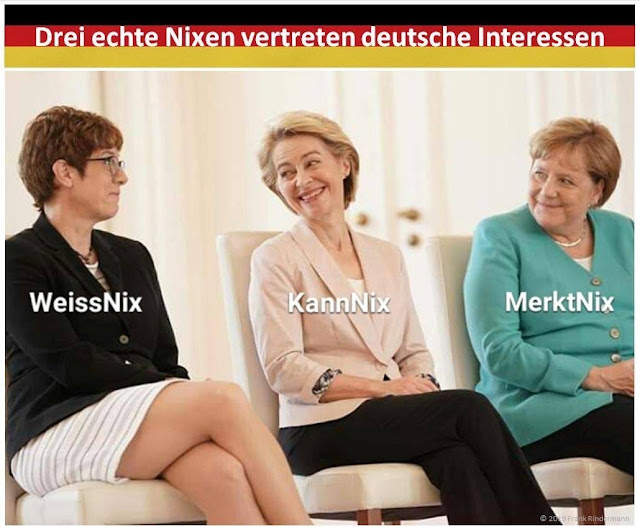 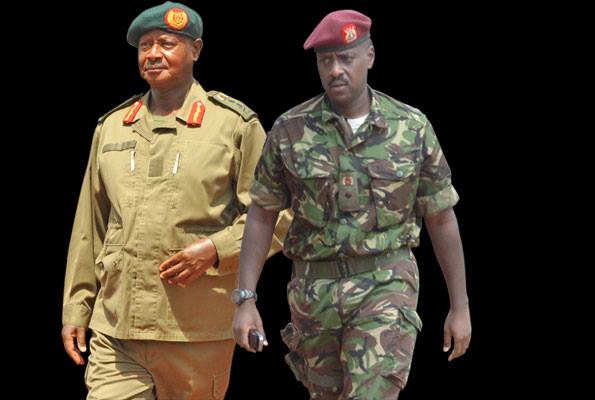 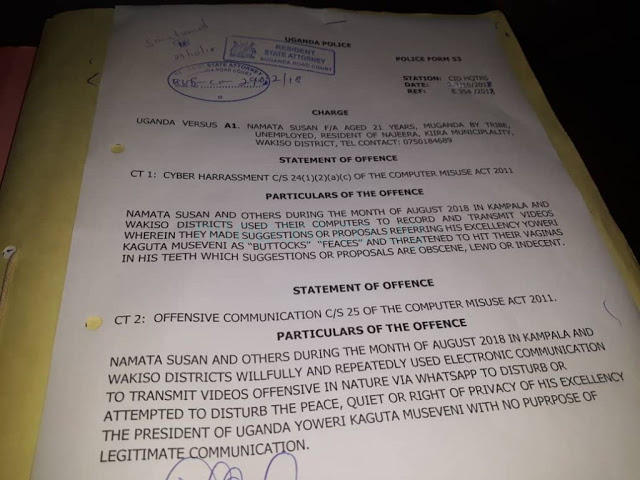 Did you find apk for android? You can find new Free Android Games and apps.
Sharing is caring:
museveni, opposition, UGANDA, Gallery Uganda, Museveni, Opposition, Gallery Comments Off on UGANDA: Why Museveni is more troubled by ‘incitement’ than annoyance Print this News