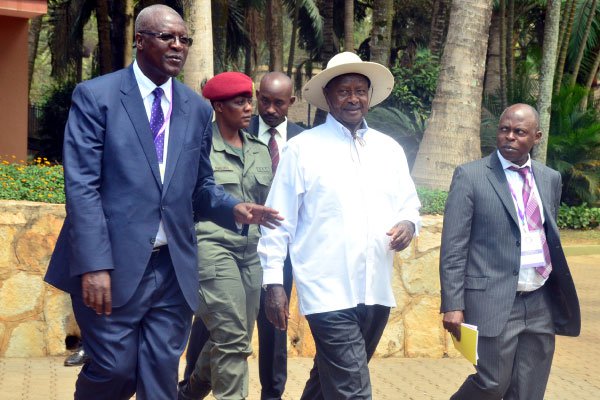 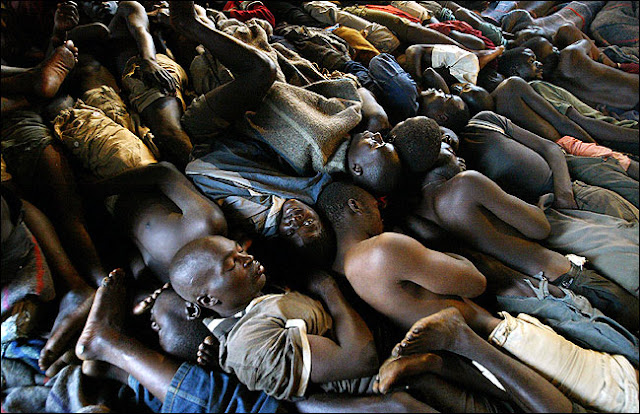 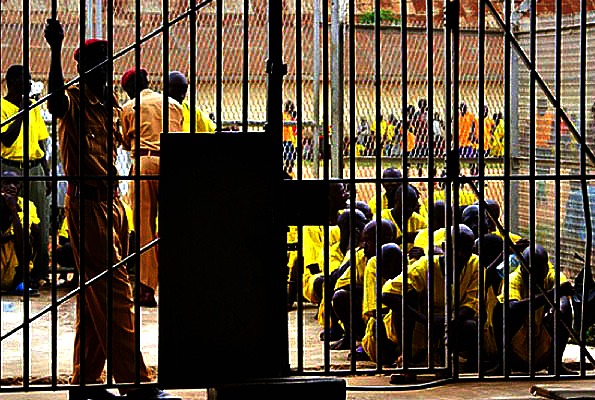 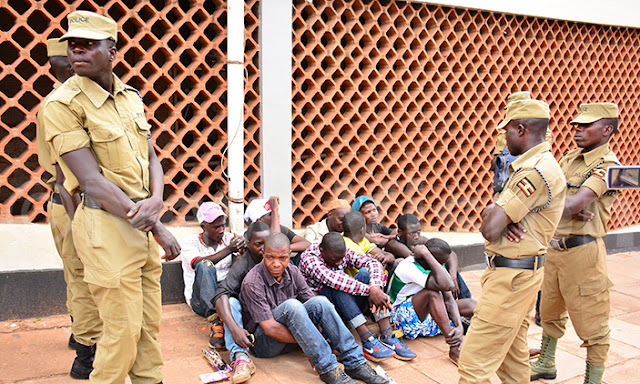 
CHANE OF GUARDS – Uganda’s military dictator has instructed his police chief to release all suspects accused of the offence of Idle and Disorderly. He went further to decree that even those who had been arrested by the City law enforcement arm and convicted to a fine of one million shillings in lieu of imprisonment be released. In response, the figurehead police chief has directed the police Directors and Regional Police Commanders to effect the directive with immediate effect. The same police chief went further to direct the city Executive Director to comply with the directive in regard to those who failed to raise the one million shillings fine and are in prison.

This development clearly manifests the hypocrisy and misuse of power by a military dictator. It is not the first time he is issuing such a directive. In fact he had earlier directed that no one should be arrested and charged with the offence of being ‘idle and disorderly’ but he did not take steps to have the law repealed. Instead his agents of coercion have continued to use the same law for his benefit. Recent times have witnessed the youthful supporters of the opposition People Power platform being rounded up and detained under the Idle and Disorderly law. The People Power platform has been contemplating launching a countrywide fundraising for funds to pay the court fines for its supporters who are in detention. It is in this respect that Museveni has panicked and issued the directive in order to deny credit to the People Power platform.

However, the constitution of Uganda does not give powers to the President to order the release or dropping of charges against anyone who is in police custody. The same constitution does not give the President powers to order the release from prison or setting aside of the court sentence. It only gives him powers to exercise the Prerogative of Mercy by pardoning anyone convicted by court and is serving a sentence after exhausting all avenues of appeal. The figurehead police chief very well knows that the E.D of city council has no role in freeing anyone whom courts of law have already convicted. For those who are still on remand and they are not yet convicted, the President can only influence the DPP to discontinue proceedings because the constitution makes the office of the DPP independent of any directive, including from the President.  Interestingly, the Spokesperson of the Prison Services has just told NBS Television that according to their records, there is no single prisoner in their custody on charges of Idle and Disorderly.

Therefore, Museveni’s populist and opportunistic directive is empty and designed to show the judiciary that he is the custodian of justice. Where is the Uganda Law Society, human rights organisations and the legal fraternity??? Where are civil service groups?

See below what we shared in the past.


http://changeofguards.blogspot.ca
Monday, 29 February 2016
at 05:56
WHY AFRICAN DICTATORS CAN’T DO AWAY WITH THE ‘IDLE AND DISORDERLY’ LAW
The offence of being Iddle and Disorderly is one of the strong weapons that African dictatorial regimes use to suppress political dissent and agitation.
It mostly targets the unemployed youth who are the major victims of poor economic mismanagement that leaves them with no economic prospects.
This law gives the police powers to arrest anyone whom they suspect could be in some public place with the aim of airing out his graviances against the regime.
To disguise this, the police after arresting the victims they prefer against them criminal charges of being idle and disorderly.
In Uganda, the military regime often carries out security swoops in urban centres to arrest and detain youths on the pretext of improving security. Even at a local level of a lsmall police post and individual police officers often carry out security swoops in their areas of operation where they arrest and detain such youths simply as a way of generating some cash to boost their meagre salaries.
During and at the conclusion of such security swoops, those victims who can afford to instantly buy their freedom are set free before they even reach the police post or station; those who can’t afford to pay instantly are taken to the police station from where they are assisted to make telephone contacts with their relatives and friends who bring the money to pay for their freedom; while those who can’t afford to buy their freedom are either detained without trial and later released or taken to court on charges of being Idle and Disorderly and remanded.
Among those arrested in such security swoops are both petty and hardcore criminals but because of the I’ll motive behind the whole plan, they often get away with their criminality hence the escalation of crime.
In all the ongoing arrests of youths in different parts of Uganda, the regime police has only one substantive criminal charge – Idle and Disorderly.
This is the charge that is used on such victims because freedom of assembly and peaceful protests are guaranteed by the constitution.
During the campaigns for the just concluded presidential campaigns, Museveni decreed that the police should stop arresting Ugandans on charges of being idle and disorderly. He argued that: “……how can one be idle and disorderly in his own country.”
Obviously as the main beneficiary, he was not being sincere in his decree but was simply playing populism in order to win over the urban unemployed youths’ vote.
Otherwise, that law which is only applicable to urban centres will have to remain in place. On the other hand, he may have to rebrand it moreover he already enacted other laws that allow his repressive police to arrest and detain in the name of state security.