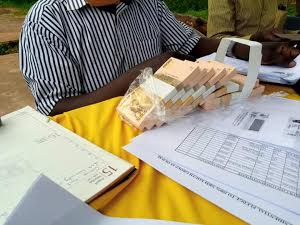 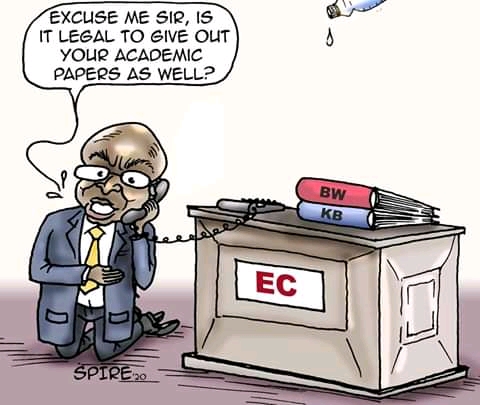 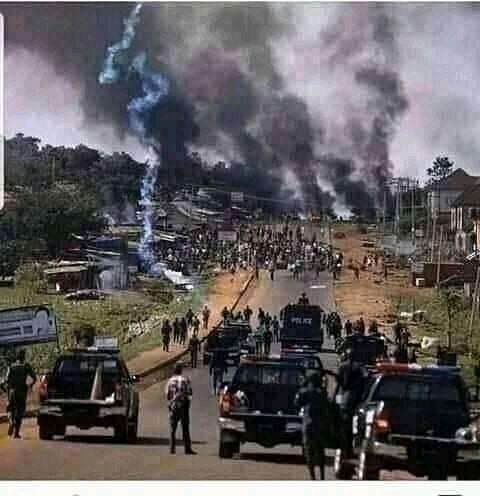 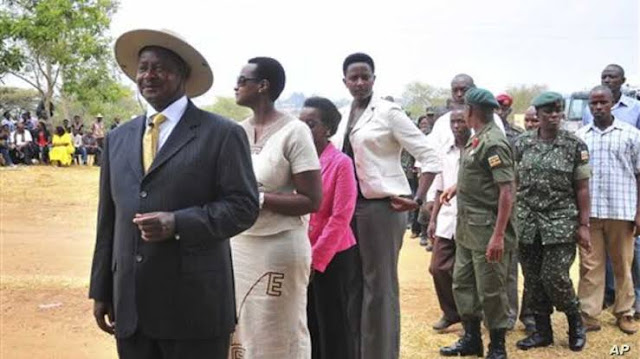 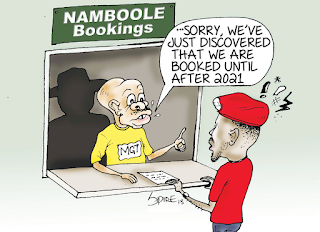 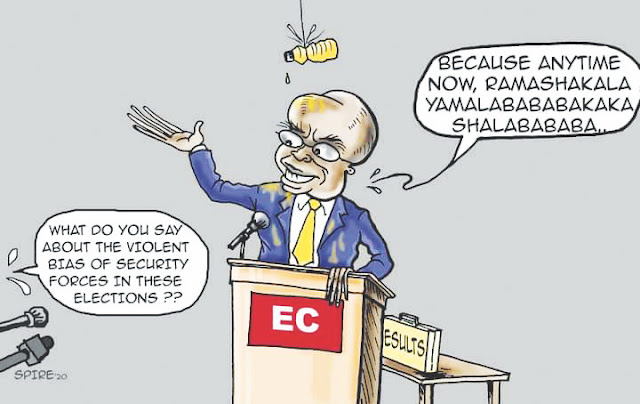 By CHANGE OF GUARDS
Uganda’s military dictator periodically organizes general sham elections after every five years just to create an impression of democratic governance. His 35 years hold on power has left the state fused with his regime. His NRM party structures are fused with the local government structures. The public service structures are by compulsion fused with his regime structures. The security forces assume the role of the Electoral Commission by regulating the election campaigns and by curtailing the opposition freedom of movement and assembly. They unleash terror on voters and threaten violence in the event Museveni is not elected before threatening opposition Polling Agents in order to facilitate ballot stuffing and interfere in transmission of final results. That way, all public resources are committed to Museveni’s election leaving his opponents in an unfair competition.

In that situation, there is no single polling station where Museveni or any of his cohorts cannot win if they so wished. They are deliberately allow to lose at certain polling stations so as to create an impression that the opposition exists. Further, they are allowed to lose in known opposition strongholds where they anticipate violence, more especially in urban areas. However, this time around, Museveni’s so-called Scientific Campaigns prompted by his political COVID-19 lock-down presents an opportunity for him to win in the traditional urban opposition strongholds and more so in Kampala city. Moreover, it’s not too late for him to deliver his 2016 pledge of ‘finishing’ the opposition by 2021.

Therefore, there is no single polling station that Museveni cannot ‘win’ if he so wished.

Did you find apk for android? You can find new Free Android Games and apps.
Sharing is caring:
museveni, human rights, politics, UGANDA, Bobi Wine Uganda, Human Rights, Museveni, Bobi Wine, Politics Comments Off on UGANDA: WHY MUSEVENI CAN ‘WIN’ WITH 100% AT EVERY POLLING STATION Print this News

« Trump and a Lesson in How Coups Fail (Previous News)
(Next News) janis joplin–cry baby. »